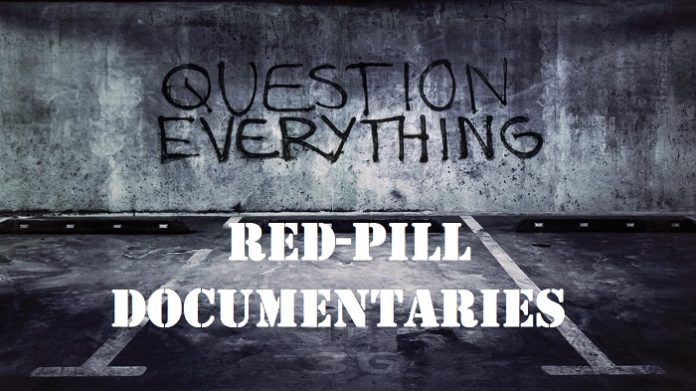 Throughout the years there have been many independently produced documentaries that have made a profound impact on our collective consciousness. They focus on topics that are controversial in nature but filled with interesting and factual information, which is what makes them so controversial. The important thing is they all asking questions and providing information that’s not even allowed within the corporate media complex acceptable range of discussion. Here are some of the more provocative and important ones.

Century of Enslavement: The History of The Federal Reserve

What is the Federal Reserve system? How did it come into existence? Is it part of the federal government? How does it create money? Why is the public kept in the dark about these important matters? In this feature-length documentary film, The Corbett Report explores these important question and pulls back the curtain on America’s central bank.

Zeitgeist: Addendum was born out of public interest in possible solutions to the cultural issues presented in Zeitgeist: The Movie. Building upon the topics of social distortion and corruption, Addendum moves to also present possible solutions. Featured in the work is former “Economic Hit-man” and New York Times bestselling author, John Perkins, along with The Venus Project, an organisation for social redesign created by Social Engineer and Industrial Designer Jacque Fresco.

Part One explains the process of Money Creation and Expansion through the Fractional Reserve System. It explains how Debt and Bankruptcy are not mere byproducts of our current system, but rather are underlying realities of our existence with periodic failures guaranteed.

Part Two exposes various levels of international corruption via the financial/corporate system, including the manipulation of public leaders to further the interests of corporate institutions.

Part Three changes gears and depicts a possible solution to the growing social problems in the world today by the introduction of a new social concept known as a “Resource-Based Economy”. Finally, Part Four gives a philosophical perspective in the hope to inspire change in the viewer and enable action to affect society for the better. Distributed by Sideways Films

The true enemies of liberty and all modern societies and people are the central bank counterfeiters. The largest counterfeiter in the history of the world consists of the Federal Reserve banking scheme, which counterfeits American dollars through fiat currency and fractional reserve banking.

America: Freedom to Fascism exposes the fraud and deceit of the Federal Reserve Banks (Fed), the Internal Revenue Service (IRS) and the 16th Amendment, the income tax, the Federal Reserve System, national ID cards (REAL ID Act), human-implanted RFID tags (Spychips), Diebold electronic voting machines, New World Order (globalization), Big Brother, taser weapons abuse, and the use of terrorism by the government as a means to diminish the citizens’ rights. The Federal Reserve System is a privately held, for-profit corporation, and not a government agency.

What really happened on September 11th, 2001? Was the United States Government directly responsible for the attacks in New York City, Washington D.C. and Pennsylvania? Was it an inside job? An event and a day many will never forget, but was it a conspiracy? Were there bombs in the towers? Can Jet fuel really soften steel?

Ask questions and demand answers. The viral phenomenon is back and remastered in HD. A stunning analysis of the 9/11 attacks released late in 2005, Loose Change 2nd Edition went viral the following spring and went on to be labeled “the first Internet blockbuster” by Vanity Fair. “It’s fucking riveting!” -Kevin Smith, Director of Clerks “The 9/11 movie Michael Moore should have made.” -Mike Malloy, Air America Host

Burzynski, the Movie is an internationally award-winning documentary originally released in 2010 (with an Extended Edition released in 2011) that tells the true story of a medical doctor and Ph.D biochemist named Dr. Stanislaw Burzynski who won the largest, and possibly the most convoluted and intriguing legal battle against the Food & Drug Administration in American history.

His victorious battles with the United States government were centered around Dr. Burzynski’s gene-targeted cancer medicines he discovered in the 1970’s called Antineoplastons, which have currently completed Phase II FDA-supervised clinical trials in 2009 and has been given permission by the FDA to begin the final phase of FDA testing–randomized controlled clinical trials.

A beautiful documentary on curing any ailment with a change in diet and what to avoid in your diet. Very informative and thought provoking.

REVIEW BY DAVID BONELLO – INTERNATIONAL WELLNESS DIRECTORY: Not what it seems. When I popped in the DVD, I went to the chapters to see what they were. I felt, no, not again…the same old stuff. What a pleasant surprise. I’ve researched and written about these “forbidden” cures for years. What a delight to actually see an interview with Rene Caisse. We even see a party thrown for Rene a year before she died filled with people whom she had helped with their cancers.

Harry Hoxsey shows up, and you get to see scenes from a rare movie that Hoxsey himself made in 1957 called You Don’t Have to Die. It is so rare, you can’t even find a mention of it at the Internet Movie Database. I loved the research they did on this film. It must have taken years to compile all the archived photos, audio, and films. They even got Morris Fishbein on film. This is the creep who ran medicine for nearly 50 years. He destroyed many people, many companies, and the damage he did to the health care system of the time killed untold numbers of suffering humans.

As Americans fret about the Obamacare website and wonder how the country became enslaved to the highest healthcare costs in the world, we turn back the pages to look at how the modern medical paradigm came together in the early 20th century, courtesy of the Rockefeller Foundation and their cronies. Join us this week as we explore the real history of modern healthcare and the real motivations behind the family that brought it to you.

Eustace Mullins (1923-2010), discusses one of his best-selling books; ‘Murder by Injection’ exposing the unholy dynasty of the big drug companies, the medical establishment, the Rockefeller syndicate, and the evils of the cut-slash-and-burn cancer racket that has killed millions in the name of fighting cancer.

Mullins beat the cancer doctors by resorting to alternative therapies not approved by the medical elite, so the author is speaking from real experience. While there are many books on the corruption of modern medicine, there is no other book out there that so effectively tells the whole story as does this seminal volume, laying bare the criminal machinations of those who profit in the name of promoting good health The federal bureaucracy that ostensibly regulates the big drug companies is all part and parcel of the problem.

The Greater Good’ is an award-winning character-driven documentary that explores the cultural intersections where parenting meets modern medicine and individual rights collide with politics. The film offers parents, doctors, and policymakers a safe space to speak openly, actively listen, and learn from one another. Mixing verité footage, intimate interviews, 1950s-era government-produced movies, and up-to-date TV news reporting, The Greater Good weaves together the stories of families whose lives have been forever changed by vaccination.

Vision Launch Media is your gateway into the world of alternative media. We are a curated discovery platform for free-speech and independent thought.

We use alternative sourced information and original content to increase public awareness of crucial issues. Our goal is to help neutralize the corporate media’s dominance over our culture & our nation’s collective consciousness. 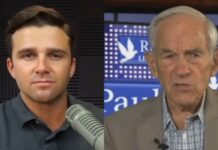 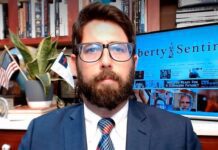 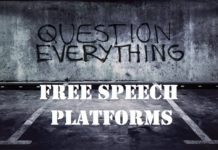