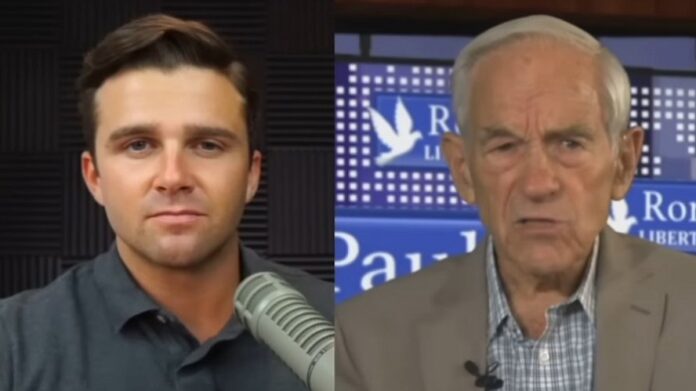 After the Federal Bureau of Investigation (FBI) raid and seizure at Donald Trump’s home this week, there has been much talk, including from United States Congress members, about holding hearings concerning the FBI and implementing reforms of the FBI.

One former Congress member, though, says such actions do not go far enough. Ron Paul, who served in the House of Representatives as a Republican from Texas for over 20 years during which he twice sought the Republican presidential nomination, says that what is needed is the abolition of the FBI.

Paul makes the case for terminating the FBI at the beginning of a Thursday interview with host Jackson Hinkle at The Dive. Paul and Hinkle then discuss several other matters including US antagonism toward Russia and China, as well as the future of the US dollar.

Copyright © 2022 by RonPaul Institute. Permission to reprint in whole or in part is gladly granted, provided full credit and a live link are given.
Please donate to the Ron Paul Institute