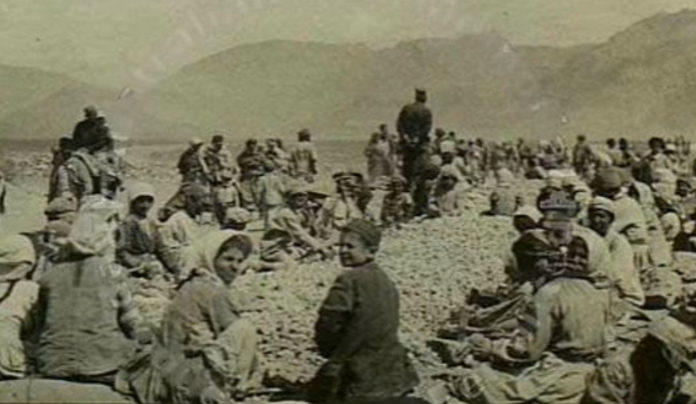 The Assyrian Genocide occurred during the First World War. Sometimes referred to as the “Seyfo,” or Sword, it was a period of time from 1914-1920 when the Muslim Ottoman Army, along with allied Muslim civilians, mercenaries, and soldiers, attacked civilians attempting to flee the conflict. Many of those killed were Christians.

In October 1914, the Ottoman Empire began deporting and massacring Armenians and Assyrians. Russia, who had been attempting to bring Ottoman Orthodox Christians under their protection, was also attacked by the Empire. This soon led to the Empire declaring war on two of its allies, France and Britain.

At the same time, the Ottoman Empire also declared a holy war against Christians. The German government took up the cause of the war and plunged the world into a great conflict, with the Assyrians making a primary target.

Where Did the Assyrian Genocide Take Place?

Although the Assyrian Genocide lasted for several years, 1915 was by far the worst year of them all. It is often referred to as the “Year of the Sword.” Starting in the northwestern portions of Iran, Turks and Kurds began to evacuate Assyrians from their homes, displacing over 8,000 people. Then, in January 1915, Iran was invaded and the governor of Van would murder defenseless villages in the process.

If refugees attempted to flee, they were killed as they ran.

Djevdet Bey was the man responsible for these initial attacks. This quote is attributed to him. “We cleansed the Armenians and the Syrians from Iran and we’ll do so in Van as well.”

He kept his work just a month later. 41 Assyrian leaders were beheaded in his city. Through March of 1915, more than 100 villages would be burned to the ground and all men, women, and children slaughtered. In fewer than 90 days, more than 20,000 Assyrians would be murdered. Another 10,000 were killed in Urmia and thousands more suffered from hunger, disease, and eventually death because of their displacement.

There are even cases of soldiers searching the homes of those loyal to the Ottoman Empire and killing anyone on sight if Assyrians were found.

By the end of 1915, more than 100,000 Assyrians would be killed. Before World War I, there were up to 1 million Assyrians living in the Ottoman Empire. By the end of 1920, as many as 40% of the population would have been murdered.

We’re still seeing the persecution of Assyrians today. Out of the 1 million refugees who have left their homes because of current conflicts in the Middle East, more than 40% of them are Assyrians. Terrorist organizations are targeting them just as in the past, destroying their sacred sites in the process, in their attempt to completely erase these people from history.

Thousands of Assyrians have been targeted and killed in several campaigns since the end of the First World War as well. This includes the Al-Anfal Campaign of 1988, the Simele Massacre of 1933, and sporadic attacks that are not officially sponsored by an overseeing governmental organization.

One of the issues that has prolonged this targeting of Assyrians is the lack of acknowledge of the Assyrian Genocide. The nation of Turkey, which formed after the First World War in the aftermath of the Ottoman Empire breaking up, has actively worked to deny its existence. Even to this day, there are believed to be active efforts to conceal its existence.

What We Have Learned from the Assyrian Genocide

Many Assyrians have resettled throughout Europe and the United States over the past few generations. Yet their targeting has still not gone away. We may not hear stories of 24,000 people being killed at once in an attack, such as what happened to the community of Siirt in the summer of 1915, but there are still efforts to exterminate those who have different cultural, ethnic, or religious beliefs.

The Ottoman Empire had existed for over 600 years by the time the targeting of Assyrians reached its peak. In just a few short years, the entire empire would fall. We must all take this lesson to heart when looking at our own perspectives. History shows us that discontent can lead to hatred. Hatred can lead to discrimination. Then discrimination can lead to extermination.

In the final stage, virtually every nation or kingdom that has ever existed has fallen. Until we embrace the differences we each have and realize that this can make us stronger as a people, this is a threat that will always exist.