Crowdfunding is here to stay. It has raised billions over the last 10 years to help support numerous entrepreneurial ventures and there are billions more to be raised. There have been some key lessons learned during this process, so here is what every new entrepreneur needs to know about crowdfunding.

If you can solve a problem, then you’ve got a chance to have some big success. Sometimes solving a problem isn’t about saving time or making life easier. Solving a “fun” problem can be just as rewarding. 13 million reasons behind the Coolest Cooler support this, as do the tens of thousands contributed for potato salad.

2. Capture the Imagination of Your Audience.

Making people happy can also be the foundation of a successful crowdfunding campaign. The Veronica Mars project brought big budget cinema to reality through a crowdfunded venture. The upcoming sequel to Super Troopers raised almost as much as Veronica Mars. Some humor can hook strangers into a campaign, capture their imagination, and bring them on board.

If you’re doing the same thing that 20 other crowdfunding campaigns are doing, then there must be something that sets you apart from the rest. There must be a niche where you are the best at what you do. Take time to find your market and success will eventually find you if you’ve got the quality to back up your promises.

Sometimes the best ideas don’t have to be brand new. Improving on another idea in a way that provides value can be equally beneficial. Entrepreneurs didn’t have to invent brand new speakers to create a successful crowdfunding campaign or invent the watch. A good idea that makes a great idea even better can be a recipe for success.

There are good times and there are bad times to launch a crowdfunding campaign. If you’re selling a new type of chocolate chip cookie and there’s a societal push away from chocolate, (not that there would ever be, but you never know), then a crowdfunding campaign would not likely succeed. If the new cookies were released after a study that showed chocolate could help people definitively live longer, then you’ve got a great chance.

Crowdfunding is changing the world, one entrepreneur at a time. If you’ve got a great idea, then take these 5 lessons, apply them, and see what happens. It could be amazing. 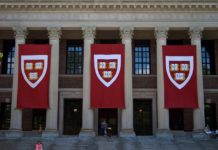