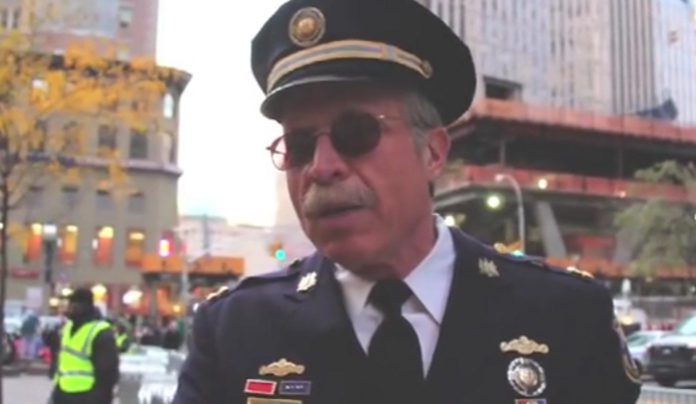 Police brutality may be a global concern, but it is a subject that has taken on a heightened awareness in the United States with high profile cases. Names like Walter Scott, Eric Garner, Michael Brown, Amadou Diallo, Sean Bell, and many others have created calls to find meaningful solutions to police brutality.

Some may argue that police brutality is more of a perception from news media or personal bias toward law enforcement. Others may argue that police brutality has always been part of the US system of justice. Wherever you fall on this spectrum, there are solutions that can help to prevent some of the 350+ civilian deaths that occur across the US every year at the hands of law enforcement officials.

Here are some reasonable ideas that we could all potentially work to implement in the near future in an effort to reduce violence.

1. Wear body cameras that cannot be turned off at the personal discretion of the officer.

Video collection technologies allow for police officers to be held accountable for actions that could be deemed to be questionable. The video does not lie. It shows real events in real time and allows for people to draw their own conclusions from the results.

Some officers are wearing body cameras now, but are given permission to turn them off if they deem the camera to be a risk. Preventing this action could help to save lives and limit the ability for a few bad apples to continue rotting in the US system of justice.

2. Institute mandatory training that is given through an ongoing process.

Many of the incidents that are viewed as police brutality involve individuals who are suffering from a mental illness or dealing with illicit drug responses. By training officers in essential de-escalation techniques that do not involve a firearm, law enforcement officials would have another tool at their disposal to stop a situation from escalating into a violent confrontation.

Of course a police officer deserves to come home safely at the end of their shift. Someone who is mentally ill and brandishing a gun at a police officer may have sealed their own fate. But when an individual is unarmed or armed with a non-lethal weapon, there are other tools than a gun that a modern law enforcement official can use.

In the case of Walter Scott, video evidence shows that he is unarmed and running away from an officer, who proceeds to shoot him in the back. The reason for Mr. Scott being stopped is moot. Is he breaking the law by not responding to the officer’s commands? Yes. Is it allowable for anyone to be shot by an officer if they are breaking the law? Of course not. That would mean you could be shot for jaywalking, speeding, or a parking ticket.

We must hold police officers to the same standards as civilians in regards to deadly law enforcement. Allow a jury to decide what the outcome should be.

4. Create a community oversight board that involves civilians and police administration.

When there is civilian oversight of law enforcement, there is typically fewer instances of police brutality that occur. The goal with oversight isn’t to “watch the watchers,” but to keep lines of communication open between people and police so that each understands the other. By building relationships, we create stronger communities. A stronger community is much less likely to dissolve into instances of brutality.

5. Limit the statutes that police officers must enforce on a daily basis.

We could also make changes to how laws are enforced in our country. If a police officer pulls over someone for speeding, a confrontation will naturally occur. Coming up with a way so that our streets can be patrolled so that unsafe drivers can be limited, but reducing the number of police pullovers and parking enforcement stops that are called upon could potentially do a lot to stop police brutality.

We can also change how we treat those who do violate our statutes and laws. For example: if someone with a mental illness commits a non-violent crime, we could sentence the individual to an outpatient treatment program with mandatory compliance instead of sticking them into a jail cell. If mental illness and addiction were treated as a health issue instead of a criminal justice issue, it could solve many problems.

Even with our best efforts, there will always be some who feel that police brutality is a severe issue and others who see it as a non-issue. By working together to find new solutions, we can begin to solve the issues of violence that some communities are seeing.