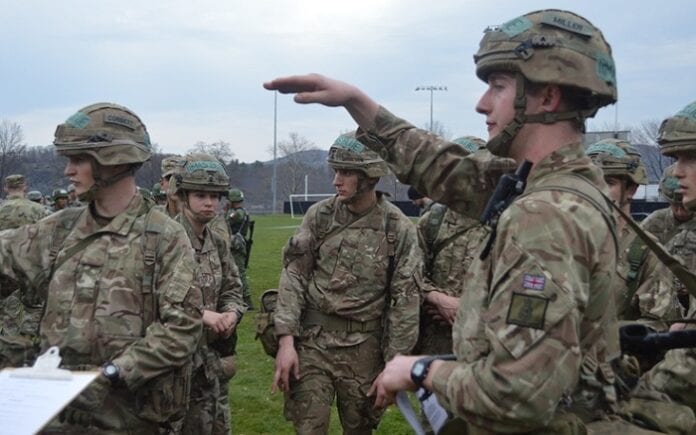 What on earth is going on in the American military?

The purpose and mission of our military should be elementary: to protect us from attack, to enter a fray when politics fails, and to eliminate our enemies. Officers and enlisted personnel train and serve for one reason: to destroy our adversaries in times of war.

In part of her article “Lift up the Rocks and See the Snakes,” Clarice Feldman reports with righteous indignation that the Department of Defense has been forcing troops to undergo anti-American propaganda in the form of trainings on critical race theory and other leftist views of our country. She credits Judicial Watch for obtaining training manuals and guides totaling 1,483 pages that attack traditional religion and American culture.

An example of ‘modern racism’ is saying things like ‘Discrimination is a thing of the past… tactics and demands of activists are unfair … racism is bad.’

The document also states that another form of racism is ‘aversive racism.’ Aversive racists, say the authors, ‘put high value on egalitarian beliefs.’

The study guide also teaches that people who raise religious objections to homosexual marriage are engaged in a form of discrimination called ‘principium,’ which is ‘avoiding exploration based on a religious or personal principle.’

Meanwhile, Naval Academy midshipman Chase Standage, an honor student and would-be pilot, is suing the Academy for expelling him on the justification that he tweeted allegedly racist messages about Breonna Taylor and described rioters and outfits like Antifa as “terrorists.”

Jeffrey McFadden, Standage’s attorney, had some harsh words to say about the Academy, its indoctrination of future naval officers, and its system of justice, as Courthouse News Service reports:

‘This is really a case of first impression,’ he said. ‘This guy is the first casualty in the academy’s unconditional adoption of the woke culture.’

The complaint claims there is a ‘visceral and vicious culture war’ in the academy fueled by ‘many midshipmen’s reckless abuse of social media.’

He said the academy’s superintendent, Vice Admiral Sean Buck, ignored other midshipmen’s ‘disgraceful, pernicious, racist, nihilistic and seditious’ tweets and even death threats against Standage, creating a climate of intimidation against those who don’t share their political views.

‘The allegations set forth throughout the complaint make clear that the Superintendent, Commandant, and Deputy Commandant are intent on turning the Naval Academy into an “anti-racist” laboratory and re-education camp,’ the complaint states.

‘It is supremely ironic that MIDN Standage faces separation for expressing “political” views that were nothing of the kind, while the Command is imposing an oppressive political ideology on the Brigade of Midshipmen that seeks to chill free speech and punish any midshipman who does not actively “get with the program.”’

At The Federalist, Elaine Donnelly looks at numerous critical race theory books and programs foisted off on service personnel ranging from cadets at the United States Military Academy to sailors of the Second Fleet. She writes that this “ideology nurtures division and resentment by politicizing immutable, skin-deep characteristics” and that “it is difficult to imagine a more demoralizing course of instruction for officers who will soon lead soldiers, sailors, air men, and Marines into combat.”

As Donnelly notes, Director of the Office of Management and Budget Russell Vought has already issued instructions for those under his command to eliminate critical race theory programs that promote “divisive, anti-American propaganda.” President Trump followed suit with an executive order that denies federal funds for the contractors conducting such programs and training.

We have seen the deleterious effects of this ideology in many of our corporations, churches, schools, universities, and government agencies. A horde of sociologists, psychologists, and political theorists has infiltrated these institutions and is indoctrinating our people with its anti-Americanism and its own brand of racism, demanding we march in lockstep with them.

And now the services have fallen for the same baloney.

Is it time for the President and others to investigate these programs and those who operate them in our armed forces, putting an end to this toxicity immediately?