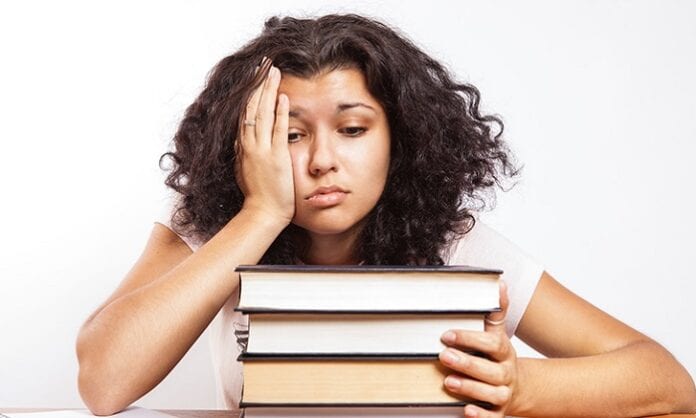 Americans and Europeans are getting dumber.

At least that’s the conclusion David Solway reaches in his piece “The Decline of Intelligence in the West.”

In the last century various studies have shown the average IQ in Western countries dropping by about 14 percent, Solway reports. He points readers to these investigations and offers a score of examples illustrating this decline, ranging from video interviews of college students who know next to nothing about the history of our country to leaders who say “corpsemen” instead of “corpsmen” when referring to combat medics.

Solway then looks for reasons behind this decline. Why in our new age of technology and advanced science are we losing our capacity to think and reason?

Various theories have been proposed to account for accelerating neural descent, ranging from the Dewey-inspired ‘progressive education’ agenda working its leveling passage from the turn of the 20th century to the decrepit public schools and failed universities of the present day; to the softening effect of prolonged affluence and ease on a culture; to the debilitating influence of ‘smart’ technology that performs our cognitive functions for us; to the assumption that women of higher intelligence are having fewer children, implying that women of lower intelligence are driving population growth; to the effects of increased media exposure and the consequent lessening of reading; to the emergence of the vices of envy and resentment owing to radical egalitarianism and the rancor of the under-performing against the skilled, hard-working, and successful… Whatever the cause or causes may be, intellectual deterioration seems to be the case.

Of these possible causes, I most strongly favor our educational system, which was awful a year ago and is now abysmal thanks to COVID-19 school closings, smart technology, and the decline in reading. I would add addiction to social media—Facebook, Twitter, and so on—as a strong candidate for this list.

Some of this stupidity seems to be getting put into action before our eyes as our country is transformed, as the following examples suggest:

What person with the ability to reason would keep printing off trillions of dollars, sinking a nation deeper and deeper into debt? Even someone as ignorant of economics as myself knows the crippling effects those printed, worthless bills will have in the future.

Who would call for measures to “defund the police” and then be shocked at skyrocketing crime rates in our cities? It doesn’t take much to see the cause and effect in that one, yet many of our leaders seem to be unable to make the connection.

What rocket scientists called for the impeachment of a president who was no longer in office?

A genius doesn’t declare that biological men should be eligible to compete with biological women in athletics, nor that fifteen-year-old girls and boys should share showers at school.

Closer to home is this puzzle. Every time I go into town, I see several people wearing masks on sidewalks and in parking lots. It’s wintertime, the temperatures are in the 30s, and often a brisk wind blows down the streets. The majority of the mask-wearers are under 30 years old.

What are they thinking?

When I visit my coffee shop, a sign directs me to put on my face covering, and I do so, but only because I like the employees and seek not to offend them. I pay for my coffee, carry it into the sitting area, remove my mask, and happily type away, often surrounded by five or six other unmasked people.

Does this arrangement make sense to anyone at all?

Meanwhile, here in Virginia our schools are keeping all sorts of weird schedules, a hybrid system of distance learning and in-person academic instruction. Yet what percentage of the state’s COVID-19 deaths occurred in young people 19 and under?

And now, with our schools so messed up for nearly a year, we can expect the cognitive abilities of most students to have suffered even more.

Can we reverse this trend? Solway tells us:

It’s a daunting task. The number of people incapable of lucid argument and civil debate, whether Internet trolls, social media vulgarians, angry progressivists, media ignoramuses and intellectually challenged political leaders, is legion. It is therefore by no means astonishing that the greatest civilization the world has ever known, the Judeo-Christian West, is subsiding into a state of cognitive expiry, prone to fantasies and delusions, unable to confront and parse the reality of the world, oblivious to the symbiosis of man, history and nature, distracted by pseudo-scientific baubles, bereft of spiritual substance, and foreign to the very idea of truth.

Solway concludes by telling us it may take a century to turn this trend around.

But here’s one bit of good news: The next time you are on the sofa in your living room screaming “Idiot!” at the talking head on television, pause a moment to reflect on the possibility that your comment may be closer to the truth than you know.

The charitable among us should extend a smidgeon of pity toward those dumbed-down politicians and newscasters.