This story has fired across the internet like a warning shot across the bow of a ship. One person, with an idea to create a better version of potato salad, put up a Kickstarter campaign with a goal of raising just $10. In some ways, the idea was probably a half-hearted joke. Let’s see how much money I can actually raise from something that’s a bit funny. The results of this campaign were completely unexpected.

The potato salad Kickstarter campaign ended up surpassing it’s goal by over 500,000% from almost 7 thousand backers.

Although there is a lot of outrage running around the internet about this campaign, ranging from complaints about misusing crowdfunding to accusations of spamming the contributors, the truth is that every business can learn from what Zack Brown was able to accomplish from a few simple lines about potato salad. You see, his project magnified what crowdfunding could achieve. It showed us in a measurable way, what can happen when the crowd makes an idea goes viral.

Another very positive affect that the potato salad campaign had was that it made many more people aware of the crowdfunding concept. Media channels from all over picked up Zack Danger Brown’s story which had a far reach and created a lot of controversy, which is always effective in bringing awareness to a new idea. Many more people know about crowdfunding as a result of the potato salad campaign, and that’s a good thing as far as I’m concerned.

Why Did People Get On Board With the Potato Salad?

To be completely honest, I’m not sure we’ll ever know (including Zack Brown) the exact reason a campaign promising to make a bowl of potato salad for $10.00 received well over $50,000. Sometime it’s difficult to determine exactly why these campaigns overfund by so much but every once in a while we see a crowdfunding campaign that taps into the public zeitgeist and go viral. This campaign reminds me of the very successful Grizz Coat on Kickstarter several years ago. Brown also challenged conventional wisdom when it comes to how to prepare for a crowdfunding campaign of this magnitude. The potato salad campaign showed  us that you never know what idea the crowd will embrace  until it goes live.

Almost 7,000 people contributed to Brown’s potato salad project, not because he manipulated them or tricked Kickstarter into posting his campaign. Mr. Brown put his proposition out to the crowd and they liked it, it’s as simple as that. The whole beauty of crowdfunding is that anyone is able to make a direct connection with people on a large scale and put forth a unique idea, letting the crowd decide whether its worthy of their involvement. While some may complain about the potato salad campaign, the crowdfunding system is the most effective form of voting we have, and it’s performing exactly the way it’s supposed to.

So what are the lessons to be learned here? Let’s take a look.

The most important components with any crowdfunding campaign, or any fundraising effort for that matter, is to be sincere, create a buzz and get people behind your idea. That’s easier to do today with the internet and social media, but does not a guarantee success. One lesson of the potato salad project is that you’ve got to get your campaign to stand out. You can do that with a little humor, a different product, and the ability to eliminate the ego from the equation.

Some other lessons from the campaign is that there were low price points, making it easy for anyone to be involved, and people had no doubt that he was going to achieve his goal. His presentation was simple and to the point, leaving no confusion as to what he was trying to achieve.

The success of potato salad project is clearly not the norm, but there are lessons that can be learned from the some of the fundamental reasons people contributed to that campaign. Keep these concepts in mind when you have a new crowdfunding campaign and you’ll have a better chance of success. 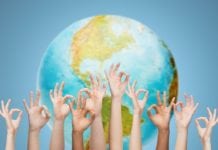 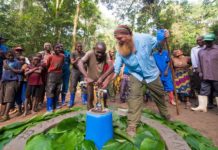