When you look at 6 foot 3 inch, 265 pound professional mixed martial arts fighter Justin Wren in a cage battering his opponents, it’s difficult to imagine that he was once the victim of bullying. Justin may be an intimidating figure now, but he wasn’t always like this. As a pudgy and socially awkward child growing up in Texas, Justin was constantly picked on, both mentally and physically. Even when he switched schools he was still ruthlessly bullied. One incident that Justin recalls is about a girl that he liked in school. She invited him to a costume party, and when he showed up, he was the only one wearing a costume. Then the whole party, including the girl he liked, proceeded to make fun of him saying some of the most hurtful things a young child could ever hear. Moments like this from Justin’s childhood were branded in his mind and had a profound effect on his life.

As a result of the constant bullying, Justin developed self-esteem issues and suffered from bouts of severe depression. He turned to wrestling in junior high school as a positive outlet for his frustrations, and a way to stand up for himself. He excelled at it, becoming a Greco Roman style wrestling champion. Justin also learned mixed martial arts and fought in tournaments. When Justin was younger he dreamed of one day fighting for the UFC, (Ultimate Fighting Championship) one of the world’s premier mixed martial arts promotions. He eventually realized that dream in 2009 and became one of the youngest fighters on the UFC roster.

Unfortunately, his success in the MMA world was short-lived. Although his fighting career proved to be a positive influence in his life, it could not mask his deep-seated self-esteem issues and stave off his bouts of depression. His depression got so bad that he even attempted suicide at one point. Like many people with depression, Justin self-medicated with alcohol and drugs. As his addictions took over his life, he was released from the UFC, and after missing his best friend’s wedding, in which he was to be the best man, he hit rock bottom and was forced to reassess his life. That’s when a concerned family member introduced Justin to a pastor. He and the pastor ended up connecting on a deep level.

After developing a relationship with his pastor, and with God, Justin embraced sobriety and found inner peace for the first time in his life. With his newfound perspective, he stepped away from MMA and prayed to God to provide greater meaning to his life. Soon after that, a friend introduced him to missionary work and he took his first trip to the Congo. It was there that he met the Mbuti people – and as he puts it, “the most bullied people on earth.”

The Mbuti people are Pygmies who live deep in the Ituri Rainforest. They lost their land and main food source due to deforestation. As a result, they became dependent on local slave-masters to survive. The Pygmies Justin encountered were viewed as animals and literally owned by the slave-masters. In some cases, the Pygmies were even cannibalized. They were malnourished, sick and living in total squalor. They referred to themselves as The Forgotten People.  After seeing the living conditions and the general state of affairs, Justin was moved to tears and took a strong interest in them. He went on more trips to the Congo and eventually lived among the Mbuti people for a year. During the year long stay, he gained another family but was exposed to the full extent of their impoverishment. He knew he needed to take action.

Fight for the Forgotten

In 2013, Justin launched Fight for the Forgotten, an initiative to help set the Pygmy slaves free and empower them to create a safe and sustainable community. He did not want to cause more strife in the region and knew he needed to come up with a solution that would appeal to both sides involved. One of the ways he did this was by focusing on providing clean water to the villages.

Waterborne illness’ are very serious and can often lead to death in the Congo. Justin used this as leverage to negotiate a deal with the slave owners in which he would provide the villages with clean water in turn for releasing the Pygmy slaves. He was a giant who gave voice to the little people and he went about the negotiations in an intelligent way. The negotiations were a success because he vowed to provide something everyone needed. Justin turned to Water 4, a non-profit founded by Richard and Teri Greenly to help him. Water 4 provided people with the expertise in drilling wells and water treatment in remote communities which was exactly what the people in the Congo so desperately needed.

Since starting his initiative, Fight for the Forgotten has freed hundreds of slaves, secured almost 3000 acres of new land for the Pygmies in the Congo, and helped drill dozens of wells providing clean water to whole communities. His organization now employs people in the Congo who have expertise in areas needed to improve living conditions in the villages. Agricultural programs are underway helping the people of the villages become self-sufficient and live more productive lives. These simple things that we take for granted are the difference between life and death in these villages. Since its inception, the Fight for the Forgotten has made a significant impact and continues to improve the lives of whole communities in the Ituri Rainforest. Justin also does speaking engagements and tells his story to raise awareness about bullying and the effect it has on people.

Justin likes to quote (and embody) an old proverb that says: “If you think you’re too small to have an impact, try going to bed with a mosquito in the room.” This is a fitting quote for his work. Now Justin fights for a larger cause than himself. Justin is only one person and yet through his compassion, sheer determination, and will, he has profoundly changed the lives of hundreds of people and future generations of Mbuti people to come. Justin’s MMA nickname is the Viking, for obvious reasons, but Mbuti People call him Efeosa, which means, “The Man Who Loves Us.” Although he has yet to reach championship status in the world of mixed martial arts, Justin Wren is a far greater champion in the real world where these things count. To learn more about this initiative, please visit Justin’s website. 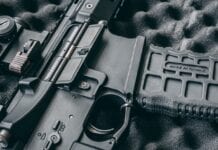 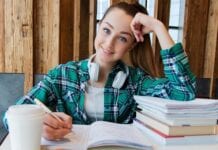 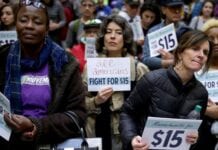