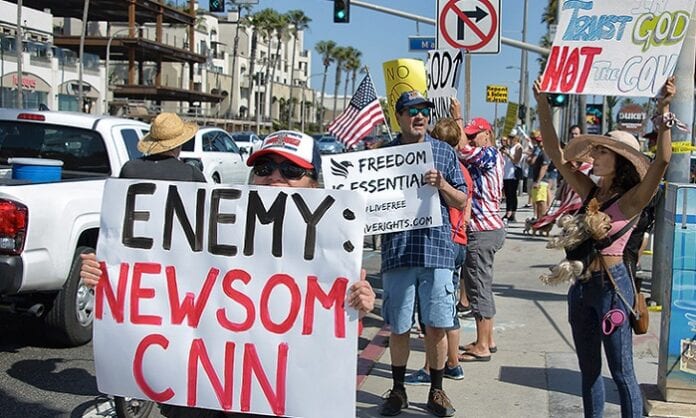 My article “The New Resistance Is Rising” appeared on Intellectual Takeout on Dec. 1, 2020. Since then, we’ve seen even more evidence of fraud in November’s presidential contest, the Supreme Court and other lower courts have refused to look at the evidence of this fraud, and the left will likely take control of our federal government.

Should Joe Biden take up residence in the White House, and should two Georgia Democrats go to the Senate, we will need political leaders who will do all they can to resist the unbalanced power structure and programs already being planned by these apparent usurpers. Tough times can produce tough people, and we must hope these men and women will find the courage to take a stand and defend our country.

Meanwhile, a battalion of online commentators rightly judge these disturbing events as damaging and even destroying forever our Constitution along with our rights and liberties. Many of these commentators call on judges and legislators to prevent this chicanery and theft, but few give practical advice on how the rest of us might stand our ground and take up the fight.

So, I’m going to stick my neck out and make some suggestions.

Our Millions of Warriors

We’re the majority. Seventy-five percent of registered voters believe there was fraud in this election, Yaacov ben Moshe notes in “The Fight Will Continue.” Even many Democrats believe this election was stolen. The left will continue its efforts to disunite us, to make us feel alone in this battle, but don’t listen. We have the numbers.

Hit ‘Em in the Pocketbook

If you are expecting a refund on your federal taxes, file as soon as possible after the New Year. If like me you’ll be paying taxes, wait until the last possible minute in April to file and send in your money. Even better, apply for an extension.

Make them wait for that check.

Take Off the Mask Day

Originally, Joe Bide announced he would order all Americans to wear masks for 100 days. He has now downsized that edict and will ask the public to voluntarily wear masks for that same time period.

To protest this absurd request, we need a national “No Mask Day” when millions of us take off our masks and go about our lives. We can organize this event on a grassroots level, but it would be more effective if those organizations that often create rallies brought their skills to this task.

Masks are dehumanizing and divisive. We need a day when we can see one another.

Related – More Than a Dozen Credible Medical Studies Prove Face Masks Do Not Work Even In Hospitals!

Until the coronavirus shutdowns brought an end to normal life, a dozen or so anti-Trump protesters, most of them in their 60s, gathered on the small square on my town’s Main Street every Wednesday for an hour with signs demanding that Donald Trump be impeached.

We can do the same thing in towns and cities across the country. Forget protesting the election. No matter which side you’re on, if you believe the election was fraudulent, then lift high “Impeach Joe Biden” signs and add another for Kamala Harris.

Those groups that have organized rallies to “Stop The Steal” should continue those efforts, bringing out speakers like Trump, Gen. Flynn, or a dozen others to show a resistance exists and to give the rest of us hope.

Inauguration Day, Jan. 20, falls on a Wednesday. At noon on January 21, let’s create some “Thursday Thunder.” Let’s call or email the White House and send a polite message to the Biden administration accusing them of deceit and fraud. If even a fraction of us made this effort, we might shut down the White House switchboard and give pause to those who believe their task of transforming our country will be easy.

We should recruit an army of such callers, who might hit the phones once a week protesting the Biden administration and calling or writing members of Congress as well every time they propose some radical scheme.

Americans are lonely right now, dispirited and in need of uplift and encouragement.

Here’s a way to bring them hope as well as to protest against tyranny.

Gather some family members and friends, head out to Walmart or your local grocery store, and scatter. Have one member of the crew, preferably someone who can carry a tune, begin singing “God Bless America.” As soon as that person begins, the rest jump in and add their voices.

Like those shoppers, we too may feel broken and saddened by the awful events of the last nine months, and fearful about the future.

But we have an advantage in the fight ahead. We know what those who don’t love this country are planning, and we know they are depending on our docility and fear to bring those plans to fruition. Speak out, they openly declare, and you will be canceled or worse. We also know they intend to keep us in a state of confusion, with “Divide and Conquer” as their watchword.

“Be not afraid” must be our watchword.

If we want to win, we have to fight.

Addendum: Today I decided to put my money—or rather, a song—where my mouth was, and sang “God Bless America” at our local grocery store, Martin’s. I didn’t exactly belt the tune out but sang loud enough for others to hear me. No one joined me, but a few shoppers, all of them masked, did “smile” at me with their eyes. Some undoubtedly thought me a crazy coot, but no one hit me or even spoke a nasty word.

Give it a shot and see what happens.

Editor’s Note: The fifth paragraph originally stated that “75 percent of Americans” believe there was fraud in the 2020 election. “Americans” has been corrected to “registered voters.”

Big Tech is suppressing our reach, refusing to let us advertise and squelching our ability to serve up a steady diet of truth and ideas. Help us fight back by becoming a member for just $5 a month and then join the discussion on Parler @CharlemagneInstitute! 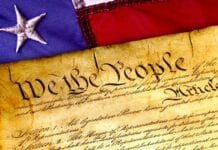