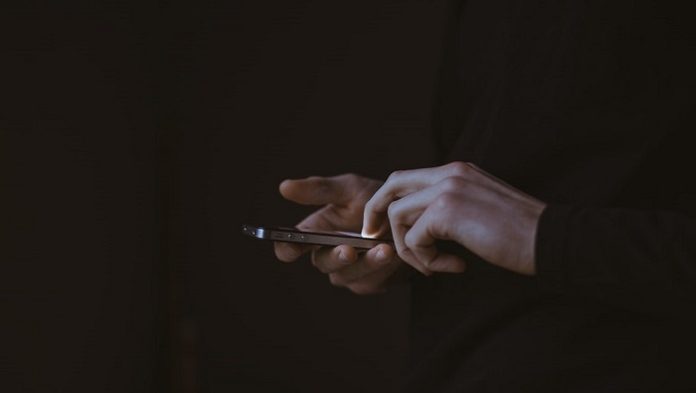 Societal consequences resulting from the novel coronavirus pandemic have been partially mitigated by the growing technological abilities of our society. Remote work environments, technology-driven logistics and supply chain management, online stores, and direct-to-consumer grocery delivery are all features of our society. With the technological advances of the past two decades, a large portion of the workforce is able to continue operating even while many business locations remain physically closed. We owe a lot of this success to information technology and, particularly, to our abilities to collect, store, and share data.

Increased computing power, complex collection and sharing of data, and powerful algorithms are helping to sustain our economy, as much as possible. This combination of factors along with consumer buy-in has produced in many respects a potential surveillance apparatus. Unlike the science fiction version of a surveillance state, these surveillance tools are largely fed through consumer buy-in and understanding.

Consumer or user knowledge of the potential side-effects may be limited, but all services require costs. This cost comes in the form of trade-offs, whereby consumers understand that a free online service like Facebook may be providing a social media platform in return for the right to use the data inputs to Facebook’s advantage.

During this pandemic, much of life has been turned on its head. The majority of the American population is under “shelter-in-place” or lockdown orders. Restrictions vary by state, municipality, and county. These orders have forced most of American life to adapt through technology and wireless high-speed Internet. What most Americans do not yet understand is the complex collection and sharing of data that takes place mostly unnoticed. Some may encounter this when they search for a product on one electronic device and discover advertisements for that product appear on a totally separate device.

Behind the scenes, companies are not only selling products or services; they are exchanging data points to further target specific consumers. Harvard Business School Professor Shoshana Zuboff has coined the term “surveillance capitalism” to describe this phenomenon. Surveillance capitalism is “the unilateral claiming of private human experience as free raw material for translation into behavioral data. These data are then packaged as prediction products and sold into behavioral futures markets.”

Why does this surveillance apparatus matter during this pandemic?

Generally speaking, Americans are skeptical of invasions of privacy, whether it is by the government or business. During times of crisis, individuals are more prone to “turn a blind eye” to infringements of civil liberties. Unfortunately, America has instituted several disastrous measures during times of crisis in recent decades. We should ensure that similarly devastating measures are not implemented during this pandemic.

On April 10, Apple and Google announced a joint effort to “enable the use of Bluetooth technology to help governments and health agencies reduce the spread of the virus, with user privacy and security central to the design.” The novel coronavirus is transmitted through close proximity. As Google’s Press Release noted, “public health organizations have identified contact tracing as a valuable tool to help contain its spread”; contact tracing is not itself a novel concept.

Countries throughout the world have implemented similar measures. For example, the Israeli government recently passed a law allowing their security agency to conduct contact tracing. Contact tracing is the process of identifying persons who have come into contact with an infected person, as well as the collection of further information about the nature of the contact. It is a much more tailored version of quarantining than lockdowns. This collaborative effort between Apple and Google allows individuals to opt-in through downloading an official application. Unlike other countries, the United States is relying on a private sector-led effort to conduct contact tracing.

Government surveillance and data collection have long been a point of contention in the United States, albeit in varying forms. The Fourth Amendment of the United States Constitution ensures a right to “be secure in their persons, houses, papers, and effects, against unreasonable searches and seizures.”

The Supreme Court, in Carpenter v. United States, held that “the government’s acquisition of… cell-site records was a Fourth Amendment search,” thus the government needed a warrant to conduct the search. Carpenter did not address the question undergirding the “Third-Party Doctrine,” which covers an individual’s “expectation of privacy in information voluntarily turned over to third parties.” It remains unclear how the government may differentiate between cell-site location information (CSLI) collected by smartphones and other like information.

Given the onslaught of local and state orders prohibiting certain activities and, in many cases, threatening individuals with arrest, it is prudent to ask whether or not such behavior may result in a scenario whereby the government has a need for surveillance. Carpenter answered one question and simultaneously led to more questions than before. At Protocol, Charles Levinson discusses a product called Locate X which “allows investigators to draw a digital fence around an address or area, pinpoint mobile devices that were within that area, and see where else those devices have traveled, going back months.” According to the article, Locate X’s terms of use forbid the tool as evidence in legal proceedings.

CNN recently published an article highlighting the use of a different location data tracking tool. We’ve all encountered this story about spring breakers in Florida who “ignored warnings to practice social distancing” and then fell ill with the novel coronavirus. X-Mode, the company behind the tool, provides location tracking services and, in turn, provides the data it collects to advertisers only after it is anonymized. Why is this problematic? This lesser-known tool is generating considerable interest from the government in “using location data from Americans’ cell phones to try to track and possibly curtail the spread of the coronavirus.”

Assumg mass collection and sharing of data points, even those data points for which we may be unaware of their existence.

Much of the concern about government surveillance would subside if government were to take a less intrusive role in each of our lives. Unfortunately, this pandemic has resulted in more calls for government action, such as increased policing, police department lists of addresses of confirmed virus cases, curfews, mandatory closure of “non-essential” businesses, and government payments to all. For example, Judge Stuart Kyle Duncan in writing for the majority of the 5th Circuit Court of Appeals writes, “Jacobson instructs that all constitutional rights may be reasonably restricted to combat a public health emergency.”

Given the overwhelming technological tools in the government’s possession, it is imperative that the private sector takes the initiative so the government does not feel inclined to do so. Google and Apple have begun to address contact tracing here in the United States. Should their initiative be unsuccessful, government may feel the need to coerce businesses and information providers into providing data to their surveillance agencies.

As Justice Anthony Kennedy wrote in Carpenter, “It is true that the Cyber Age has vast potential both to expand and restrict individual freedoms in dimensions not contemplated in earlier times.” Even as our technological capacity has expanded to provide opportunities and capabilities the world has never seen, we must remain vigilant. We must ensure that our tools and resources are used to the advantage of individuals and not too power-hungry government officials or businesses that cower to the state. 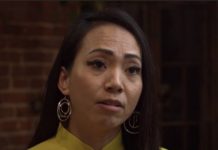 Vision Launch Media - June 2, 2020
0
An Innocent Life The senseless killing of George Floyd last week was an absolute travesty. This was...

How States Turned Nursing Homes Into ‘Slaughter Houses’ By Forcing Them...

How States Turned Nursing Homes Into ‘Slaughter Houses’ By Forcing Them...