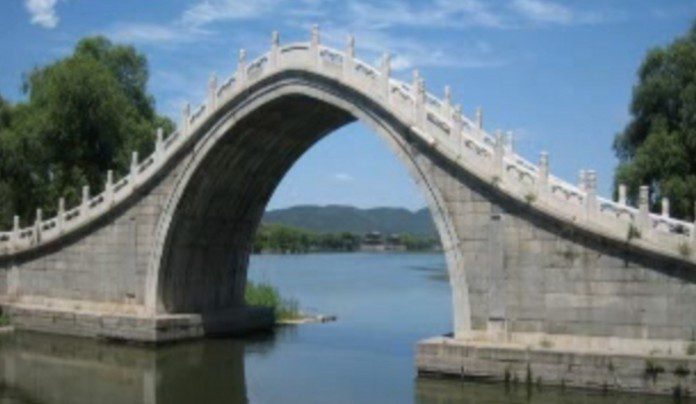 Among the classic architectural works that are seen throughout history are arch bridges, which were mostly inspired by architecture of the Roman Empire. Their unique designs and versatility have made them a staple in bridge construction since the old times. Having abutments as base points to hold the load or pressure they support, they are highly flexible and strong among the types of bridges. Their special design has given them some definite advantages, but there are still some drawbacks that should be taken into consideration, especially during the building process. Let us take a closer look at their pros and cons.

2. They tend to become stronger with age.
Arch bridges are built to compress, and when there occurs such compression, they would actually become stronger than when it was initially constructed. The primary reason to this is that they have a large amount of dead weight that is placed above each of the arches incorporated into their design. Simply put, these bridges support loads through a natural process of building strength.

3. Their design is good in terms of withstanding pressure.
By using arches in their designs, the pressure and weight of anything that crosses them would go straight down, rather than dispersing across the entire structure. This is done to make sure none of its components will take on too much pressure by itself.

1. They can have constraints with regards to location.
These bridges can only be built in specific locations, where both sides’ foundations are solid and stable, as they need enough support from these areas. However, modern arch bridges that are made of steel or reinforced concrete are now able to tolerate load by tension within their structures. This is why transferring horizontal loads would necessitate the reduction and cancellation of abutments, which would consequently allow their construction on weak ground, as well.

2. They need extra maintenance.
Because natural materials are typically used in creating these bridges, the versatility and flexibility aspects would also create a disadvantage. While an arch bridge moves and flexes under wind loads, the mortar that combines these materials together would disintegrate and crack over time. This is an important reason that regular maintenance must be done more often for this structure to last as long as possible.

3. They can be tough and expensive to construct.
When we speak of building an arch bridge, time will be a big problem you are going to face. Take note that the structure has to be meticulously designed, and building it is going to be very intensive in terms of labor and time. The huge amount of materials would also add up to the overall costs of the project.

Indeed, arch bridges look beautiful and serve a specific function. And by weighing their pros and cons, you can come up with a well-informed decision whether they are the right structures to build in your community.