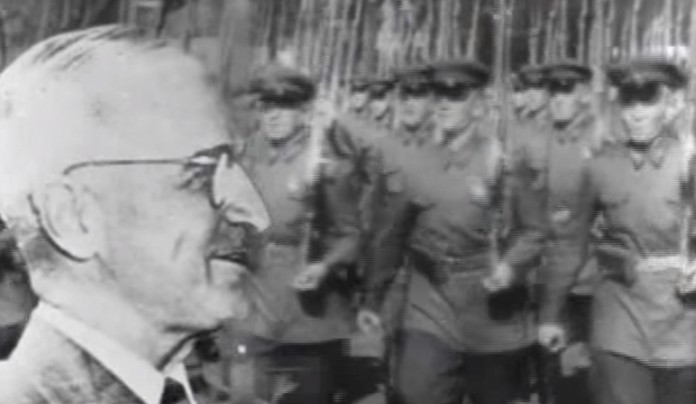 The atomic bomb was one of the very significant issues during World War II. Even after the war, the scars left by dropping it in Japan have become a reminder how devastating and effective it was in destroying not only the people but also the resources.

Nowadays, weapons of mass destruction have still been in the middle of controversy among nations. Thus, the creation of the atomic bomb back in the day would have not been approved. However, even with the unanimous consent to eliminate these types of weapons, there are those who are still doubtful of its impact. For this reason, it might be fitting enough to lay down the advantages and disadvantages and let you decide.

1. Japan Surrendered.
The bomb that was released in Nagasaki and Hiroshima has made a mark that it would be easy to eliminate the enemy if you had a weapon like that. This has also made the Japanese forces to surrender without any question due to the impact it has made to the enemy.

2. Attacking Without Foot Soldiers.
This has applied a massive force due to the release of atomic energy. This type of destructive force is effective at eliminating living creatures once it explodes within range. For the military, this is a weapon that should be used without deploying soldiers into the battlefield. This will save them their own casualty.

3. Lesson Not to Produce Anymore.
What happened in the explosion during World War II has built a lot of fear and horror. For people who witnessed this tragic event, they would live to consider that it should not have been created in the first place. Thus, most of the antagonists of such weapons campaign for its elimination to avoid repetition and suffer its consequences. That served as a lesson not to build another deadly force similar to such.

1. Civilian Casualties.
An example of how deadly the force of the atomic bomb has been during World War II was displayed in Japan. The wrath of the Americans led to the destruction of Hiroshima and Nagasaki. Thus, it claimed the lives of innocent civilians in the process which can never be undone.

2. Miles of Radiation.
The radiative effect of the atomic bomb has left the area where it was dropped to be ruined for decades. Tens of thousands have died during that day and thousands more after the following months. This has also covered crops and wildlife with deadly radiation miles away from impact.

3. Japan Would Have Surrendered Anyway.
The sad thing about dropping the bomb was that America would still have won the war even without resorting to that drastic decision. This was because of the many attacks being made by the Allied forces coming from different directions. In other words, Japan would still have surrendered eventually.

The impact of the atomic bomb explosion in the Far East has left an unforgettable outcome. The only way to avoid it is not to repeat that same mistake of using it. Based from the pros and cons, what will be your view on this matter?