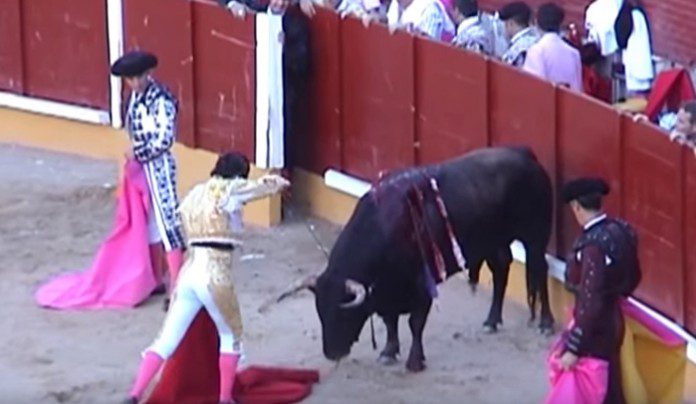 As far back as 1934, Ernest Hemingway already wrote about the decline of bullfighting. Writing for Esquire in an article called The Friend of Spain, Hemingway reflects: “Bullfighting, of course, has been in a bad way for a couple of hundred years. And the first Sunday story that any newly arrived correspondent sends back to his paper from Madrid has always been that one about Bullfights on the Wane as Football Sweeps Spain.”

But fast forward to more than fifty years later, soccer has indeed become a global phenomenon but bullfighting still exists. However, a couple of actions have been taken that are slowly seeing bullfighting decline. The European Parliament in October 2015 decided that farmers who raise bulls for fights will not receive agricultural subsidies. In November 2015, a petition was signed by around 300,000 Spaniards against a government proposal that will introduce bullfighting courses in state schools.

Lately, bullfighting audiences have been dwindling and a number of towns have been banning the practice as well. To understand bullfighting completely, it’s time to look at its pros and cons:

Some people in Spain consider bullfighting as a tool of national unity, particularly during the time of Francisco Franco; it was in this period that bullfighting flourished. But the culture of bullfighting extends back to the Roman times and has become an integral part of the Spanish identity.

2. It provides entertainment.
The Festival of San Fermin in Pamplona, Spain is held each year and features bullfighting and “running with the bulls.” Originally a religious festival, over the years San Fermin has slowly integrated music, dancing, markets and yes, bullfighting. Each morning, a bull run takes place from Santo Domingo to the bullring where the animals are kept until they have to fight in the afternoon. The festival is not only attended by locals but tourists sometimes specifically come to Pamplona to witness this event.

3. It gives a bull a better chance at life than other animals.
This is the argument of bullfighting aficionados. For them, bulls that are raised for this particular activity are treated well. Some Spanish veterinarians in support of the sport add that a bull can’t feel any pain if they are “skillfully killed.”

1. It poses risks for matadors.
Matadors stand in the ring to engage the bull which they eventually kill. While some leave the ring unscathed, others aren’t so lucky – they either die or are left with scars that will haunt them for life.

2. It is dangerous for the public.
The Running with the Bulls event poses a threat to public safety given that anyone can be gored by a bull. Yes, the concept is to outrun the bull but given the number of people participating in the event and the size of streets, leaving unscathed is not always a guarantee.

3. It is cruel for the animals.
Animal activists have long argued that bullfighting is not the right way to treat animals. For one, a clean kill is not always a guarantee; sometimes a bull will suffer a long, agonizing death.

Bullfighting may be a cultural tradition in several countries across the world but the public goring of a creature is beginning to not sit well with a lot of animal activists. Whether or not this sport will truly be in decline in the coming years still remains to be seen.