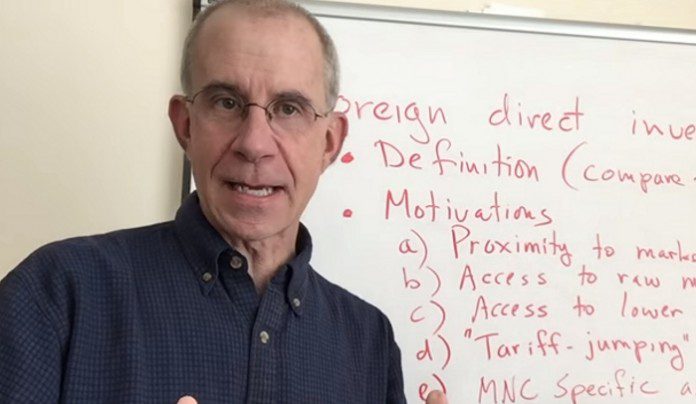 Foreign Direct Investment (FDI) is an investment made into a company from someone or some business from a different country. Rather than a standard indirect investment, such as the purchase of stock, FDI is more like an international angel investor who is putting money at stake in order to generate a long-term return. FDI can also be used to expand into new markets, target new customer segments, or even involve the direct purchase of a company.

There are certain pros and cons of Foreign Direct Investment which must be considered before finalizing any agreement. Here are the key points to consider.

What Are the Pros of Foreign Direct Investment

2. It makes it easier to facilitate international trades.
When there is a multi-national presence in place for a company, it makes things much easier in terms of international trade. There is already a foreign base of operations established which allows goods and services to flow freely from Point A to Point B. It may also reduce the number of tariffs which must be paid and may provide other tax advantages which would normally make international trading less lucrative.

3. FDI is contagious.
When one individual or organization begins making Foreign Direct Investments, then it becomes a lot like a yawn. It’s contagious and no one really understands why they must also be involved in FDI – but they do it anyway. This enhances the results each investment can make because of the continuing economic stimulation which is created.

4. It develops vocational skills in local workers.
For a business to succeed with FDI, it needs people who are highly trained within each industry. Because workers typically come from local resources, part of the investment process typically involves training vocational skills to improve the overall human capital resource of the area. This is a debt-free tangible asset that workers will be able to use for the rest of their lives.

5. It diversifies revenues, income, and other financial matters.
For a company to succeed today, it must have a diversified set of revenue streams. FDI helps to create a new stream that can help build a strong financial future. As incomes and profits rise, then salaries and economic status also rises – even in the foreign country – and this ultimately brings people to a higher overall standard of living.

What Are the Cons of Foreign Direct Investment?

2. Political climates are always changing.
There is always a political risk being assumed when FDI happens. Individuals and companies making an investment have no guarantee that a foreign government will not assume control of the business in question. Political issues are constantly evolving and changing, so there is no way to really limit this risk whatsoever.

3. Monetary exchanges can become detrimental.
Imagine a US company investing into Canada right now. The current exchange rate at the time of writing this was $1 USD to $1.33 CD. What happens if the exchange drops so that every US dollar then equals $1.75 in Canadian dollars? That’s a drop of value that can put a company at a tremendous disadvantage if the exchange rate drops too far.

4. Investments are sometimes more expensive than imports.
The goal of FDI is to open up new markets or develop a portfolio of enhanced goods or services. Sometimes the cost of doing this is more expensive than just importing the goods and selling them at the local level.

5. It is essentially a new form of colonialism.
When a US company competes against an African company for the rights of FDI, which will come out ahead? Most of the time it will be the US company. As the developing world continues to build up its infrastructure, the influences of companies from developed nations interfere with this natural cycle. It is very much a business version of what colonialism was 500 years ago.

The pros and cons of Foreign Direct Investment show that if the negative components of an investment can be controlled, then it can be a very lucrative opportunity. The keys to success are monitoring market stability, finding new customer segments to target, and establishing metrics that can predict future growth. We are closer to a global economy than ever before, so now is the best time to look at each key point to see if FDI is right for you.