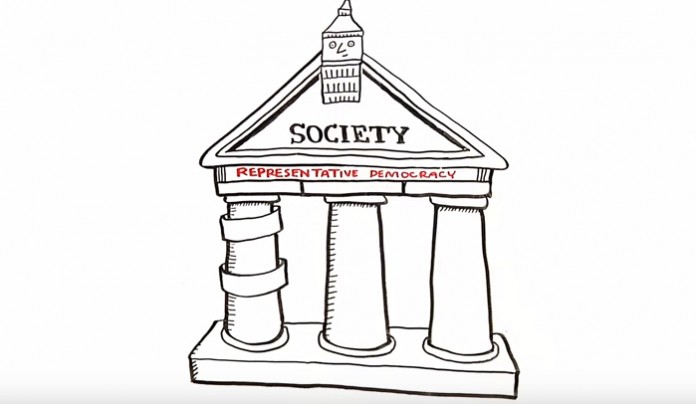 A representative democracy allows people to vote for elected officials to directly represent their needs in a ruling entity. This representation can occur in governments that are local, regional, or national. Instead of requiring a vote by the people every time an issue comes up, the representatives can vote on behalf of their district to simplify the process. Here are the key points to consider when evaluating the pros and cons of representative democracy.

The Pros of a Representative Democracy

2. It allows for national level attention to be brought to the individual.
Everyone has a say if they want it in how the government is run in a representative democracy. Even if their vote is in the minority instead of the majority, they were still able to make their voice heard and potentially influence the future.

3. There are checks and balances in place to keep the system fair.
A representative democracy places checks and balances on each branch of government to ensure that no one single branch has too much power. This allows everyone to get their opinion heard at some point during the legislative process.

The Cons of a Representative Democracy

1. Gridlock can happen frequently.
Unless there is a large group of elected officials who are within the same political group, gridlock happens more often than not. This is because a local majority must fight against other local majorities at a national level and those two points of view don’t often agree with each other. In the long run, nothing really gets done.