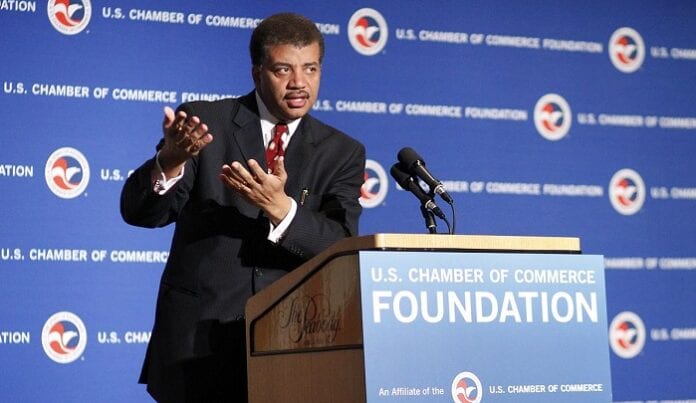 “Everyone needs to wear a mask.”

“Asymptomatic spreaders are the real problem.”

“No wait, it doesn’t look like asymptomatic carriers are spreading it.”

“Coronavirus will spread at protests… unless they’re protests over the death of George Floyd.”

Expert advice has ping-ponged on COVID-19 like a bead in a pinball machine. Even the medical literature itself has been rife with contradictions and retractions. Lawmakers have tripped over themselves trying to outdo one another in creating the most laws and regulations during the lockdowns in response to the nebulous (and ever-changing) “science” of the coronavirus.

Meanwhile, suicides, domestic violence, hunger and starvation, and economic difficulty have been on the rise. The Nobel Prize-winning Michael Levitt has said, “There is no doubt in my mind that when we come to look back on this, the damage done by lockdown will exceed any saving of lives by a huge factor.” Stacey Lennox, writing for PJ Media said, “COVID-19 may go down as history’s most devastating example of expert arrogance and media malfeasance.”

A New York Times piece from February which was titled “How Fear Distorts Our Thinking About the Coronavirus” carried the tagline, “The solution isn’t to try to think more carefully. It’s to trust the experts.”

A few years ago Neil deGrasse Tyson made waves with his “Rationalia” government proposal: Create a world in which all policies are based on “weight of evidence.” Let science rule us.

This utopian proposal was quickly criticized by a number of voices. Popular Science charged that such a misguided idea would lead to “vast human suffering,” and pointed out some obvious problems:

“Scientists study what they want, and they study what they can get paid to study, so the work of science is not free from the pressures of money, nor interaction with the business world…In a hypothetical world where a single person (let’s call him ‘Neil’) decided policy based on precisely measuring the weight of evidence, how that person selected evidence would matter a great deal, and would likely come down to values.”

The idea that science could be wholly objectively applied, free from the biases, personal values, and limited understanding of the expert legislating (or proposing) it is a childish fantasy. While Tyson dreams of an unerring scientific principle formulated as a rule for society, his Rationalia proposal makes no room for human error, passion, and prejudice. Our application of science is necessarily limited by our ever-changing understanding of it. And while science can tell us what happens when X meets Y, it cannot tell us if it is moral and good for X to meet Y.

We have more than a little evidence from history that science (or what was accepted at the time as science) has most certainly caused “vast human suffering” when wielded by unscrupulous men and fascist dictators. From the murder of Aboriginal Australians to the forced sterilizations in America, eugenics, genocide, and racism have sprung from (or found their apology in) social Darwinism. As Robert F. Graboyes noted in U.S. News & World Report, “Nazi Deputy Fuhrer Rudolf Hess stated—probably sincerely—that ‘National Socialism is nothing but applied biology.’”

Bumbling do-gooders and their victims are not immune to unintended consequences either, as we have so lately observed.

“Man-Molding” and the High Priestly Class

The idea that the world would best be run by a class of intellectual elites and “experts” is hardly novel or original. The Greek philosopher Plato theorized that until philosophers were kings, cities would never have rest from their evils. He believed these men alone were immune to the corruption of power and money that came with politics, and thus the only group capable of leading men into virtue and ultimately “the good life.”

His utopian ideal relied on authoritarian elites who would “know better” than everyone else and who would use their “special” wisdom to dictate the lives of others.

This strain of idealism has manifested in many ways throughout human history, but at its heart, it is based on the belief that a special class of men (the intellectuals, the scientists, the philosophers, etc.) could function as the “high priests” of society, dictating the lives of everyone “below” them who are too ignorant to know what is best for them, or would lack the moral fiber to do what is right without “persuasion.”

For anyone not belonging to this class of elites, thinking would then become a luxury—potentially even a liability—but certainly not a necessity. Obedience is all that matters in such a state; one man becomes the conditioner, the other the conditioned.

While the dangers of such a state are obvious, they are compounded by the unique moral and philosophical landscape of modern society. What we see today is a compartmentalization of the different aspects of human thought and life. Science, like so much else, is divorced from the greater context of history, philosophy, ethics, and religion. The science of relations has been forgotten. Judgments of value are at times dictated by a soulless, truncated principle, often devoid of ethics.

Always the temptation for the ruling class exists, not only to control the bodies of men (human action) but their minds and conscience as well.

C. S. Lewis wrote of this “man-molding” in The Abolition of Man. He observed that the innovators and conditioners attempting to reshape society were doing so by attacking traditional values and mores.

“A great many of those who ‘debunk’ traditional or (as they would say) ‘sentimental’ values have in the background values of their own which they believe to be immune from the debunking process. They claim to be cutting away the parasitic growth of emotion, religious sanction, and inherited taboos, in order that ‘real’ or ‘basic’ values may emerge.”

Lewis referred to the universal values and mores which man has held since the beginning of time as “Tao,” or Nature (and Natural Law). It is the beautiful and the good, all things inherently true and right. Things like, “Do not kill,” “Do not steal,” “Speak the truth”—these are universal laws God has imprinted on the conscience of man, regardless of culture, age in history, or ethnicity. Yet Lewis warned that the conditioners were trying to produce their own conscience in humanity.

“For the power of Man to make himself what he pleases means, as we have seen, the power of some men to make other men what they please… [T]he man-moulders of the new age will be armed with the powers of an omnicompetent state and an irresistible scientific technique: we shall get at last a race of conditioners who really can cut out all posterity in what shape they please…”

From extreme nanny states to brutal genocide, we can see that placing “experts” or “science” at the helm of authoritarian experiments has led to no utopias. And while consolidating power in the hands of a high-priestly few is always a dangerous idea, in a society that continues to embrace moral relativism and reject traditional morality and objective truth, it is an even more terrifying concept.

Lewis rightly warned us of the abolition of man.

Appealing to the “Laws of Nature and of Nature’s God,” the Founding Fathers established a form of government that recognized and upheld the rights of man. By forming a republic in which officials must be elected by the people, they were doing away with the notion that a high-priestly class was necessary to govern man.

It was a bold statement: man could self-govern. He was a capable, rational creature. And he had a responsibility to self-govern responsibly: he must think, he must reason, he must be moral. They acknowledged that only such a people could remain a free people.

Tyson’s Rationalia proposal may have been scoffed at, but it’s becoming clear that our own leaders have indulged in more than a little of this very kind of fantasy. With governments increasingly treating their citizens in patronizing ways as incompetent children who must be molded and nannied by “experts” and “science,” we can already see the “vast human suffering” it has caused—and is causing.

Rather than codifying the “special” wisdom and knowledge of a few fallible men into governmental law, we must base policy on the protection of the rights of all men. We need more critical thinking, less mindless trust; more responsible self-education and self-governance, less abdication of such responsibility to “experts”; more individual, informed decision-making, less acceptance of one-size-fits-all mandates.

We are not mindless robots; our politicians and their advisors are not infallible dictators. It’s time for us to send that message to them loud and clear.

Tabitha Alloway is a liberty-loving wife, mom-of-three, and electrician who enjoys writing and studying political philosophy. 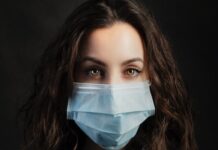 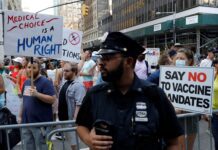 Covid-19 Is Not a “Pandemic of the Unvaccinated”