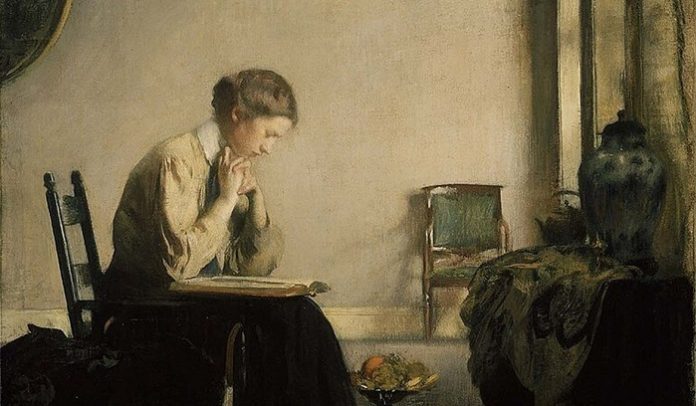 Parents the world over are dealing with massive adjustments in their children’s education that they could not have anticipated just three months ago. To one degree or another, pandemic-induced school closures are creating the “mass homeschooling” that FEE’s senior education fellow Kerry McDonald predicted two months ago. Who knows, with millions of youngsters absent from government school classrooms, maybe education will become as good as it was before the government ever got involved.

“What?” you exclaim! “Wasn’t education lousy or non-existent before government mandated it, provided it, and subsidized it? That’s what my government schoolteachers assured me so it must be true,” you say!

The fact is, at least in early America, education was better and more widespread than most people today realize or were ever told. Sometimes it wasn’t “book learning” but it was functional and built for the world most young people confronted at the time. Even without laptops and swimming pools, and on a fraction of what government schools spend today, Americans were a surprisingly learned people in our first hundred years.

I was reminded a few days ago of the amazing achievements of early American education while reading the enthralling book by bestselling author Stephen Mansfield, Lincoln’s Battle With God: A President’s Struggle With Faith and What It Meant for America. It traces the spiritual journey of America’s 16th president—from fiery atheist to one whose last words to his wife on that tragic evening at Ford’s Theater were a promise to “visit the Holy Land and see those places hallowed by the footsteps of the Savior.”

In a moment, I’ll cite a revealing, extended passage from Mansfield’s book but first, I’d like to offer some excellent, related works that come mostly from FEE’s own archives.

In 1983, Robert A. Peterson’s “Education in Colonial America” revealed some stunning facts and figures. “The Federalist Papers, which are seldom read or understood today even in our universities,” explains Peterson, “were written for and read by the common man. Literacy rates were as high or higher than they are today.” Incredibly, “A study conducted in 1800 by DuPont de Nemours revealed that only four in a thousand Americans were unable to read and write legibly” [emphasis mine].

Well into the 19th Century, writes Susan Alder in “Education in America,” “parents did not even consider that the civil government in any way had the responsibility or should assume the responsibility of providing for the education of children.” Only one state (Massachusetts) even had compulsory schooling laws before the Civil War, yet literacy rates were among the highest in our history.

Great Britain experienced similar trends. In 1996, Edwin West wrote in “The Spread of Education Before Compulsion in Britain and America in the Nineteenth Century” that “when national compulsion was enacted ([in 1880], over 95 percent of fifteen-year-olds were literate.” More than a century later, “40 percent of 21-year-olds in the United Kingdom admit to difficulties with writing and spelling.”

Laws against the education of black slaves date back to as early as 1740, but the desire to read proved too strong to prevent its steady growth even under bondage. For purposes of religious instruction, it was not uncommon for slaves to be taught reading but not writing. Many taught themselves to write, or learned to do so with the help of others willing to flout the law. Government efforts to outlaw the education of blacks in the Old South may not have been much more effective than today’s drug laws. If you wanted it, you could find it.

Estimates of the literacy rate among slaves on the eve of the Civil War range from 10 to 20 percent. By 1880, nearly 40 percent of southern blacks were literate. In 1910, half a century before the federal government involved itself in K-12 funding, black literacy exceeded 70 percent and was comparable to that of whites.

Daniel Lattier explained in a 2016 article titled “Did Public Schools Really Improve American Literacy?” that a government school system is no guarantee that young people will actually learn to read and write well. He cites the shocking findings of a study conducted by the US Department of Education: “32 million of American adults are illiterate, 21 percent read below a 5th grade level, and 19 percent of high school graduates are functionally illiterate, which means they can’t read well enough to manage daily living and perform tasks required by many jobs.”

Compulsory government schools were not established in America because of some widely-perceived failure of private education, which makes it both erroneous and self-serving for the government school establishment to propagate the myth that Americans would be illiterate without them.

As Kerry McDonald wrote in “Public Schools Were Designed to Indoctrinate Immigrants,” the prime motivation for government schooling was something much less benign than a fear of illiteracy. Her remarkable 2019 book, Unschooled: Raising Curious, Well-Educated Children Outside the Conventional Classroom, explains the viable, self-directed alternatives that far outclass the standardized, test-driven, massively expensive and politicized government schooling of today.

If you’re looking for a good history of how America traveled the path of literacy to a national education crisis, you can find it in a recent, well-documented book by Justin Spears and associates, titled Failure: The History and Results of America’s School System. The way in which government short-changes parents, teachers, and students is heart-breaking.

I promised to share a passage from Stephen Mansfield’s book, so now I am pleased to deliver it. Read it carefully, and let it soak in:

We should remember that the early English settlers in the New World left England accompanied by fears that they would pursue their “errand into the wilderness” and become barbarians in the process. Loved ones at home wondered how a people could cross an ocean and live in the wild without losing the literacy, the learning, and the faith that defined them. The early colonists came determined to defy these fears. They brought books, printing presses, and teachers with them and made the founding of schools a priority. Puritans founded Boston in 1630 and established Harvard College within six years. After ten years they had already printed the first book in the colonies, the Bay Psalm Book. Many more would follow. The American colonists were so devoted to education—inspired as they were by their Protestant insistence upon biblical literacy and by their hope of converting and educating the natives—that they created a near-miraculous culture of learning.

This was achieved through an educational free market. Colonial society offered “Dame schools,” Latin grammar schools, tutors for hire, what would today be called “home schools,” church schools, schools for the poor, and colleges for the gifted and well-to-do. Enveloping these institutions of learning was a wider culture that prized knowledge as an aid to godliness. Books were cherished and well-read. A respected minister might have thousands of them. Sermons were long and learned. Newspapers were devoured, and elevated discussion of ideas filled taverns and parlors. Citizens formed gatherings for the “improvement of the mind”—debate societies and reading clubs and even sewing circles at which the latest books from England were read.

The intellectual achievements of colonial America were astonishing. Lawrence Cremin, dean of American education historians, estimated the literacy rate of the period at between 80 and 90 percent. Benjamin Franklin taught himself five languages and was not thought exceptional. Jefferson taught himself half a dozen, including Arabic. George Washington was unceasingly embarrassed by his lack of formal education, and yet readers of his journals today marvel at his intellect and wonder why he ever felt insecure. It was nothing for a man—or in some cases a woman—to learn algebra, geometry, navigation, science, logic, grammar, and history entirely through self-education. A seminarian was usually required to know Greek, Hebrew, Latin, French and German just to begin his studies, instruction which might take place in a log classroom and on a dirt floor.

This culture of learning spilled over onto the American frontier. Though pioneers routinely moved beyond the reach of even basic education, as soon as the first buildings of a town were erected, so too, were voluntary societies to foster intellectual life. Aside from schools for the young, there were debate societies, discussion groups, lyceums, lecture associations, political clubs, and always, Bible societies. The level of learning these groups encouraged was astounding. The language of Shakespeare and classical literature—at the least Virgil, Plutarch, Cicero, and Homer—so permeated the letters and journals of frontier Americans that modern readers have difficulty understanding that generation’s literary metaphors. This meant that even a rustic Western settlement could serve as a kind of informal frontier university for the aspiring. It is precisely this legacy and passion for learning that shaped young Abraham Lincoln during his six years in New Salem.

Not bad for a society that hardly even knew what a government school was for generations, wouldn’t you say? Why should we blindly assume today that we couldn’t possibly get along without government schools? Instead, we should be studying how remarkable it was that we did so well without them.

When I think of the many ways that government deceives us into its embrace, one in particular really stands out: It seeks to convince us how helpless we would be without it. It tells us we can’t do this, we can’t do that, that government possesses magical powers beyond those of mere mortals and that yes, we’d be dumb as dirt and as destitute as drifters if we didn’t put it in charge of one thing or another.

When it comes to education, Americans really should know better. Maybe one positive outcome of the virus pandemic is that they will rediscover that they don’t need government schools as much as the government told them they do. In fact, we never did.

Lawrence W. Reed is President Emeritus, Humphreys Family Senior Fellow, and Ron Manners Ambassador for Global Liberty at the Foundation for Economic Education. He is also author of Real Heroes: Incredible True Stories of Courage, Character, and Conviction and Excuse Me, Professor: Challenging the Myths of Progressivism. Follow on Twitter and Like on Facebook.