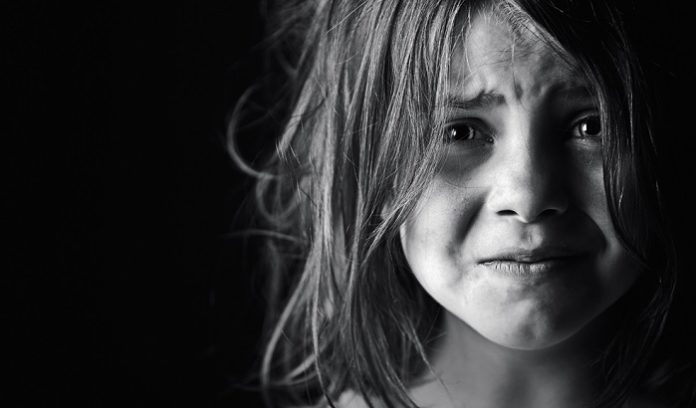 Crimes Against Our Children

One of the worst possible crimes that a person can commit is the sexual exploitation of children. Children are our most precious resource and they also represent our future. To steal their innocence in such a way is absolutely horrifying and disgusting! There have been many arrests in the last several years of people involved in pedophilia networks, and it may only be the tip of the iceberg. It seems that there is a global network of wealthy pedophiles being exposed a little at a time. Jeffrey Epstein and Ghislaine Maxwell are the most high profile and latest in human-trafficking busts, but there have been many more lesser-known rings preceding their arrests. In fact, we have an epidemic of child trafficking in America. Last year, Hollywood insider Isaac Kappy came out and named some of the most powerful people in Hollywood as pedophiles. He was later found dead under a throughway overpass. The official report said it was suicide but his social media posts leading up to his death indicated something different. Corey Haim and Corey Feldman have told us for years that Hollywood is a predatory hunting ground for pedophiles. Elijah Wood said the same. How many people need to tell us before we start to make this issue a priority? This is an epidemic that needs our attention! If we cannot protect our children, who are we as a nation.

Wayfair is a popular e-commerce site that sells home furnishings and home goods. If you have spent any time on the internet, the chances are pretty good that you have come across their ads. Are they using their platform to auction off children? This sounds crazy but we have seen other sites online with some pretty shady activity too. The Youtube channel, Mouthy Buddha made a video presentation on the Russian search engine, Yandex. When certain cryptic search terms were entered, images of children in questionable situations and attire come up. In fact, one of the cryptic terms was taken from a social media post from Tom Hanks. Sarah Ruth Ashcroft publicly accused Tom Hanks of raping her when she was a little girl and Issac Kappy also publicly stated many times that Hanks was a pedophile. Could these allegations really be true or is all of this just a coincidence? Here is Mouthy Buddha’s video.

Natly Denise is a citizen journalist who takes us through the Wayfair website in detail. She goes into great detail over the seemingly mispriced items. She also goes further down this rabbit hole to investigate other evidence that could possibly be related. The Wayfair e-commerce site has simple storage cabinets with girl’s names selling for over $10,000 dollars. They have normal throw pillows that are selling for over $10,000 as well. It just so happens that some of the names of their product match the names of missing children. Is that a coincidence? A Wayfair spokesperson denied the claims to Fox News but also said the products are accurately priced. Here is a quote from Wayfair Spokesperson Susan Frechette:

“There is, of course, no truth to these claims,” Susan Frechette, a Wayfair spokeswoman told FOX Business in an email Friday. “The products in question are industrial grade cabinets that are accurately priced.”

“Recognizing that the photos and descriptions provided by the supplier did not adequately explain the high price point, we have temporarily removed the products from the site to rename them and to provide a more in-depth description and photos that accurately depict the product to clarify the price point,” Frechette said.

The Prices Are Accurate?

The Wayfair spokesperson stating the products in question are accurately priced is one of the really bizarre parts of this story (as if there weren’t enough). How could a typical throw pillow cost over $10,000? How could a cabinet that can seemingly be bought at any big box store for a few hundred dollars cost almost $15,000? This makes no sense. Industrial grade or not, how can these prices be justified? Who would ever pay $15,000 for that cabinet? This is a huge red flag. In the video above by Natly Denise, she shows another researcher who claims that Wayfair had a connection with the non-profit organization formally known as the Baptist Child and Family Services (BCFS). I didn’t see any evidence to back that claim but it should be looked into. Last year, Wayfair employees staged a walkout in protest over their company selling beds to BCFS for immigrant children. BCFS was an obscure charity that became one of the biggest players in the federal government response to the influx of more than 50,000 unaccompanied children that came across our southern border. It runs two of the largest facilities tasked with temporarily housing these children. They also manage six permanent shelters. This would be the perfect situation for children to get lost in paperwork and go missing. It is unfortunate to have even to think this way, but these are the times we are living in.

We live in America, and companies are allowed to set the price of their product to whatever they want to even if it makes no sense. We should practice the presumption of innocent until proven guilty even in the court of public opinion. Unfortunately, we live in a day and age we’re human trafficking on websites could very well be true. It’s sad that it has come to this, but we need to take this very seriously. There may be some legitimate reason for the anomaly’s that we are not being told about on the Wayfair site, so we can’t jump to conclusions. With that said, this needs to be investigated because something doesn’t smell right with this story. If there is any truth to this, thousands of children may be at risk. We cannot ignore the red flags this time, as we have done many times in the past. There are already mainstream news sites and “fact-checkers,” telling us there is nothing to see here and move along. To dismiss this case based on the words of the company spokesmen would be extremely irresponsible. We need to ask more questions about Wayfair.

We Have A Larger Problem That Goes Beyond Wayfair

Amazing Polly is an excellent researcher who covers many controversial topics. It appears this whole Wayfair story was started by Polly shopping for a cabinet from Wayfair. In the video above, she goes into detail about Wayfair and many other similar stories that are possibly connected. From Oprah’s good friend John of God enslaving and selling children – to the Clintons friend Laura Silsby who was caught trying to steal 33 children from Haiti after the disaster in 2010. We have a much bigger pedophile problem than most people realize. The more we learn about this story, the worse it sounds for Wayfair (and many other websites). Is it true that Wayfair has never turned a profit? How do they attract so many millions of dollars of investment? Did you know George Soros owns a large portion of Wayfair stock? Polly gets into the larger pedophile problem and shows how the media always covers for them. We even see attempts to normalize pedophilia. Amazing Polly makes some very compelling points and adds context to this story by connecting all the dots. I highly recommend listening to her. You can follow her on YouTube and Twitter.