Patreon is a crowdfunding site that allows creative artists to fund their latest work on a per creation basis. Patreon is different than most crowdfunding sites because it’s a subscription-based platform where creators encourage their followers or fans to contribute to their next project. Unlike traditional crowdfunding, there are no end goals or time limits per se, but rather ongoing monthly goals to be met. As an example, crowdfunding is usually structured to accept one-time contributions in a certain time-frame, whereas Patreon allows people to collect recurring sponsorship from their backers or fans on an ongoing basis.

A common misconception is if you create a page on Patreon you will automatically attract contributions from outside your network. Unfortunately, that’s not the case. Most people who are successful on Patreon are receiving contributions from their own base of support that they brought to the site. That’s very different from crowdfunding. With a platform like Kickstarter or Indiegogo, you still need to attract your own supporters to your campaign, but if you have a lot of activity with your project you will trigger the algorithms and be exposed to the site’s traffic – allowing for cross contributions. On Patreon it seems that cross contributions are far less common and almost all donations on that site come from your own, pre-existing fan-base.

In the above video, Salvatore Briggman, from the popular crowdfunding news site, Crowdcrux, explains some of the nuances of Patreon and gives his overall review of the platform. 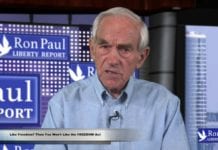 Proof: Fact Checkers Are Misleading You 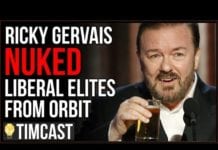 Marc Zorn - April 1, 2020
0
People Still Trust The Corporate Media? There is an interesting phenomenon happening in our country. If...

ABOUT US
We promote the independent media movement and consider them to be a much-needed counter-balance to the corporate media's dominance over our nation's collective consciousness. We strongly oppose censorship and believe that free speech and diversity of thought are absolutely essential to freedom itself.
FOLLOW US
© 2020 - Vision Launch Media Group