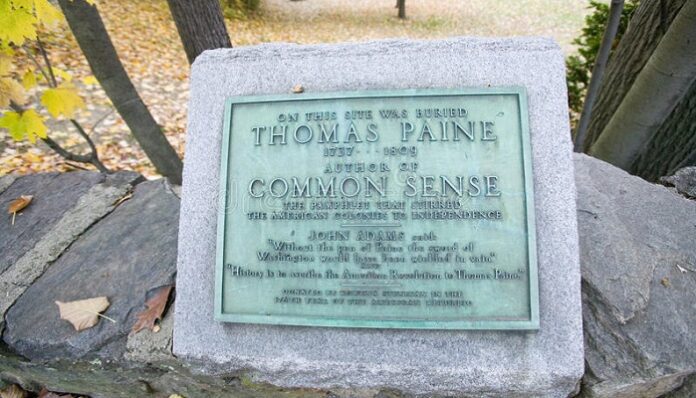 January 29 is the birthday of Thomas Paine (1737-1809), the fiery rhetorician of America’s revolution whose importance was such that John Adams said: “[W]ithout the pen of Paine, the sword of Washington would have been wielded in vain.”

Common Sense, first published in January 1776, argued strongly for independence from England and was the most widely read pamphlet of the American Revolution, selling almost 500,000 copies to a population of 2.5 million. The first essay of The Crisis (with the famous opening line: “These are the times that try men’s souls”), written by Paine at the front lines with Washington’s army in 1776, was read aloud in every army camp. Its essays (from 1776-1883) were read by a larger fraction of the population than now watch the Super Bowl. And Paine did not make a penny from either, as the proceeds went to the revolutionary cause.

Paine’s words reportedly persuaded George Washington to recant allegiance to Britain and inspired Thomas Jefferson in drafting the Declaration of Independence. Later, they convinced Abraham Lincoln to work to end slavery. And they can still instruct us today.

One aspect of Paine’s writing that is particularly worth remembering in our current circumstances was his attempt to establish “principles…on which government ought to be erected,” which our government today has migrated far from.

As one commentator put it, Thomas Paine was “a bold and vigorous friend of human liberty.” His words, which greatly inspired our founding, contrast sharply with the America we have come to inhabit. Verbal obeisance to freedom is still paid, but it is often merely as boilerplate camouflage for further assaults on liberties. His birthday is a good time to remember the principles he helped found America upon, greatly expanding liberty’s beachhead in the world. After all, today also tries our souls.

Gary M. Galles is a Professor of Economics at Pepperdine University and a member of the Foundation for Economic Education faculty network. 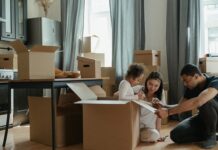