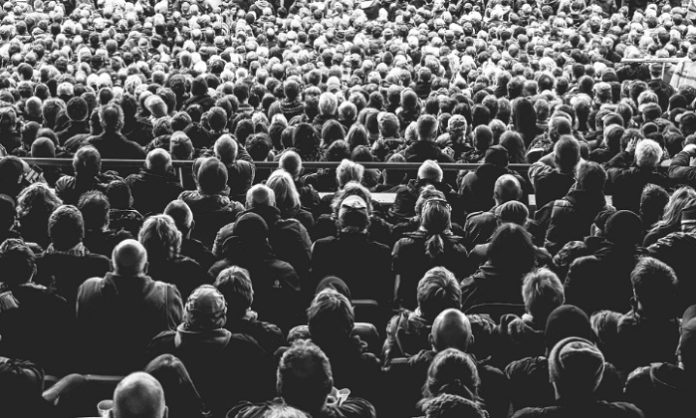 The author Dorothy Sayers (1893-1957) once observed that one of the downsides of the modern age is that humans are ill-equipped to resist an endless onslaught of messaging (the “incessant battery of words, words, words.”)

Literacy had expanded but the tools of reason, logic, and deduction were being lost even as humans were being exposed to mass media and near-constant advertising.

In a turn of phrase that would have made Doctor Strange proud, Sayers wondered if the conditions of the modern world had made humans “susceptible to the influence of advertisement and mass propaganda to an extent hitherto unheard of and unimagined.”

Sayers wrote those words in 1947, a year before George Orwell’s own dark premonitions on propaganda and control were published in his classic work 1984.

Sayers and Orwell were onto something, but the uncomfortable truth is that mass media has only amplified since their time. The average American today spends close to four hours a day “reading, listening to or simply interacting with media” on computers, tablets or mobile devices, one recent study found. For tweens, the figure is even higher: 4.5 hours. For teens, average screen time is higher still: 6.5 hours a day.

The inundation of media poses a threat to one of the essential qualities that makes humans human: individuality. To be fair, the individual has always struggled to survive the herd (to paraphrase Kipling); but in many ways mass media make this quest even more difficult. Today we’re endlessly bombarded with messaging, imagery, and ideology fighting for our attention, minds, and wallets.

We’re told what shows to watch and what books to read and which characters are problematic. We’re told what ideas and messages are okay, and which must be suppressed, expunged, or modified. We see which celebrities are punished for which transgressions.

For many it’s exhausting, confusing, and anxiety-inducing. Perhaps the worst part is that many individuals feel they have no choice but to follow the herd.

“The psychology of crowds is a fascinating thing,” Claire Lehman, the editor of Quillette recently observed. “Because most people are conformists, it seems pretty clear that once a certain number of ideologues take hold in an organisation or society, a tipping point is reached & the herd just follows along.”

Few today would deny this a challenge. It often seems the world today is one big, senseless crowd. But it’s important to remember a key truth: we don’t have to march to the beat of the crowd’s drum.

Here are 21 quotes on conformity and nonconformity that reveal the struggle to and the importance of remaining free in our own minds.

Marc Zorn - July 1, 2020
0
2016 Presidential Election Leading up to the 2016 presidential election, Hillary Clinton was heavily favored to win. According...

Must See! Whistle-Blower-Epicenter of Covid-19 Speaks Out: Manipulation & Medical Malpractice

21 Nonconformity Quotes to Help You Resist the Crowd

ABOUT US
Vision Launch Media is a gateway into the world of alternative media. We are a global discovery platform for free speech and the often censored truth movement. Our goal is to promote critical thinking to help neutralize the corporate media’s dominance over our nation’s culture & collective consciousness.
FOLLOW US
© 2020 - Vision Launch Media Group