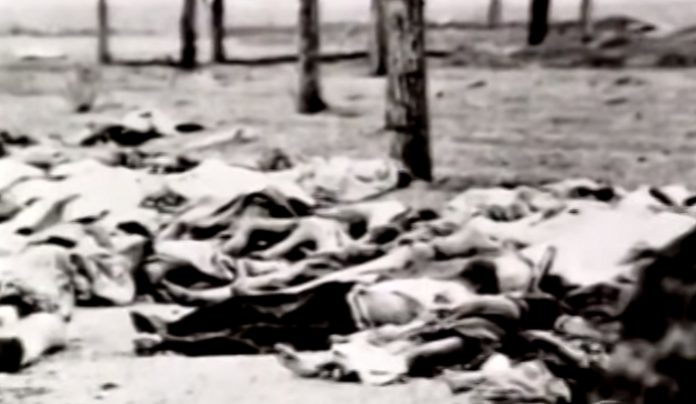 In 1915, there were about 2 million Armenians who were living in the Ottoman Empire. By the early 1920s, 1.5 million of them were dead. The cause of their death was the result of massacres and deportations ordered by the Turkish Government during and after World War I. The systematic extermination of the Ottoman-Armenians is now known as a genocide, and this event is what led to the birth of Armenian diaspora communities around the world. In present day Turkey, it is still considered illegal to talk about what happened to the Armenians during this era.

How It All Started

For some 3,000 years, the Armenian people lived in the South Caucasus region in Eurasia. At the beginning of the 4th century AD, the kingdom of Armenia made Christianity their official religion, and it was the first nation in the world to do that. It was an independent entity, but control of the region shifted from one empire to another for the most part. Western Armenia was absorbed into the Ottoman Empire in the 15th century, and it came to be known as Ottoman Armenia or Turkish Armenia.

The Ottoman leaders and most of their subjects were Muslim. Although they allowed religious minorities like the Armenians to maintain some autonomy, they still viewed them as infidels and subjected them to unequal and unjust treatment. Christians had very few legal and political rights and had to pay higher taxes than Muslims.

Despite these circumstances, the Armenian community still thrived in the Ottoman Empire. Most Armenians were wealthier and better educated than their Turkish neighbors. This bred resentment among the Turkish, and this was made even worse with their suspicions that Christian Armenians would be more loyal to Christian governments than to the Ottoman caliphate. As Armenians started to question their second-class status and press for better treatment, and as the Muslim empire started to crumble, these suspicions grew stronger.

During the Young Turk Revolution of 1908, a new, more modern constitutional government came into power, brightening the Armenians’ hopes for equality in the empire. But their hopes of gaining an equal place in the state would be in vain, as the Young Turks wanted an exclusively Turkic population in the new empire that they envisioned to create. This concept led to the planned liquidation of the Ottoman Armenians.

The Committee of Union or Progress (CUP), or what is more popularly known as the Young Turks, had three members who controlled the government. They were: Mehmet Talaat, who was the Minister of Interior in 1915 and the Grand Vizier (Prime Minister) in 1917; Ismail Enver, the Minister of War; and Ahmed Jemal, the Governor of Syria and Minister of the Marine and Military. These three, together with other high officials and military commanders appointed by the CUP, carried out the Armenian Genocide.

Before the Young Turks came into power, Turkey was ruled by the tyrannical Sultan Abdul Hamid II, who came to be known as the Bloody Sultan. At the end of the 19th century, when the Ottoman Empire was crumbling and the Armenians were asking for equal treatment, the infuriated Sultan declared that he would settle those Armenians to relinquish their revolutionary ambitions. In 1890 to 1891, he gave semi-official status to Kurdish bandits who later became the Hamidiye Alaylari (Hamidian Regiments), and they were given free rein to attack Armenians.

This violence pushed the Armenians to organize revolutionary groups that came to be known as the Armenian Revolutionary Federation and the Social Democrat Hunchakian Party. Clashes and unrest occurred, and Abdul Hamid did not hesitate to use extreme force to put these revolts to an end. Between 1894 and 1896, around 300,000 Armenians were killed due to pogroms sanctioned by the state, and these killings are known as the first massacres.

3. When Did the Genocide Begin?

The Turks entered World War I on the side of Germany and the Astro-Hungarian Empire in 1914, and at the same time declared holy war (jihad) against all Christians except their allies. Turkish military leaders began to argue that Armenians were traitors and would be eager to fight for the enemy and win their independence if the Allies gained victory. And there were actually Armenian volunteer battalions who helped the Russian army fight against Turks in the Caucasus region. The general suspicion of Turks of the Armenians and the mentioned events above pushed the Turkish government to ‘remove’ the Armenian people from the Eastern Front war zones.

The Armenian genocide began on April 24, 1915. The Turkish government rounded up, arrested, deported, and executed several hundred Armenian community leaders and intellectuals from Ankara and Constantinople. April 24 is now commemorated by Armenians as Genocide Remembrance Day.

After that event, Armenians were forced out of their homes and sent on death marches through the Syrian Desert. They had no food and water and were subjected to robbery, rape, and executions. Some were even stripped naked and forced to continue walking and bear the extreme heat until they dropped dead, and those who stopped to rest were shot. There were also some who were crammed into cattle cars and shipped along the railroad line.

The Young Turks also created the Teshkilati Mahsusa (Special Organization), whose primary function was to carry out the mass slaughter of deported Armenians. This killing squad was comprised mostly of murderers and other criminals. They liquidated the Armenians by throwing them off cliffs, drowning them in rivers, burning them alive, or crucifying them.

There were also 25 concentration camps set up by the Turkish government for Armenians who were able to survive the deportations to their ultimate point. They were either mass graves or just temporary transit points for those whose life expectancy was just a few more days. In these camps, the victims were given no food and water and they suffered from diseases and maltreatment.

When the genocide was over in 1922, only 388,000 Armenians remained in the Ottoman Empire.

4. Were the Perpetrators Brought to Justice?

At the end of World War I, the winning Allied forces demanded that the Ottoman government persecute the Young Turks who were responsible for the genocide. But the Three Pashas who were the main perpetrators) fled the empire. War crime trials were held to condemn the chief perpetrators to death in absentia and the CUP was disbanded and its assets were confiscated. Two of the Pashas were assassinated by Armenian vigilantes.

The United Nations definition of genocide is “acts committed with intent to destroy, in whole or in part, a national, ethnical, racial or religious group”, and that is a precise description of what happened to the Armenians during the Ottoman Empire. But the Turkish government still hasn’t acknowledged the war crimes committed during World War I until today, despite pressure from the international community and from Armenians all across the globe.