Nicholas Cifuni, Rose City Antifa: “Police Are Going to Be Like: ‘Perfect, We Can Prosecute These [Antifa] F**kers, Look How Violent They Are.’ And Not That We [Antifa] Aren’t, But We Need to F**king Hide That Sh*t.”

Ashes, Rose City Antifa: “The Whole Goal of This, Right, is to Get Out There and do Dangerous Things as Safely as Possible.”

“Depending on the setting, if I were to be caught or found out in a setting where I am present with them, it could escalate to violence against me,” said the Project Veritas Undercover Journalist.

“Project Veritas does not condone any violence whatsoever. It is a sad time in our nation’s history with Antifa activists hijacking #blacklivesmatter protests in cities across the country, attacking the police and engaging in violence,” said Project Veritas Founder and CEO, James O’Keefe.

“In many places, it appears the violence is planned, organized & driven by anarchic left extremist groups — far-left extremist groups using Antifa-like tactics.” Antifa is short for anti-fascist. The group has long claimed a leadership role in violent movements across America and the world.

“They do not hesitate to either push back or incite some kind of violence. In our classes and in our meetings, before we do any sort of demonstration or Black Bloc, we talk about weapons detail and what we carry and what we should have,” said the Project Veritas Undercover Journalist.

Attorney General William Barr announced in a statement that he will enforce action against the group, saying “violent radical elements” are hijacking legitimate protests to “pursue their own separate, violent, and extremist agenda.”

Anyone with additional information about the ongoing civil unrest or a different story is urged to email: [email protected]

Please visit and support Project Veritas at their website. 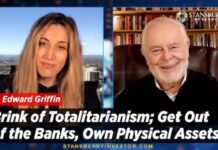 Brink of Totalitarianism; Get Out of the Banks, Own Physical Warns Jekyll Author 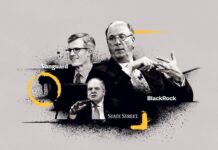 Monopoly – Who Owns The World? A Closer Look At The Globalists Who Control Our Reality