If you take a look at the different regions of the world, you’re going to learn some very interesting facts about the strongest entrepreneurial areas for each of those regions.

Keep in mind that an entrepreneurship index for a region comes from a mean score. The mean score can be between one and four. It involves looking at an area’s valuation of innovation, difficulty in establishing a business, valuation of individuals who begin a business, and how easily an idea can become realized.

United States (North America): With an entrepreneurship index of 2.8, the United States certainly strives to live up to its reputation as the land of opportunity. It is possible for an individual to start a business in as few as six days. While the U.S. offers a strong culture of entrepreneurship and innovation, increasingly determined global competition has proven to cause some problems.

Mexico (Latin America): A 2.62 entrepreneurship index indicates that Mexico is very strong in certain areas, but woefully lacking in others. Low inflation levels are definitely a plus, but a poor perception towards the subjects of corruption and the effectiveness of the judicial system make some people nervous.

Germany (Europe): Germany continues to maintain a strong emphasis on dedication and performance, which is at least partially why they have an entrepreneurship index of 2.60. However, that same score is certainly influenced by how dependent Germany is on worldwide recovery.

Indonesia (Asia): A 2.81 entrepreneurial index is very impressive indeed. The young and growing middle income aspect to Indonesia is getting larger and more robust by the day, but the fact that a large company may be owned by a family or by the state is definitely a weakness worth noting.

Nigeria (Africa): A recent poll revealed that a majority believes that it’s very easy to start a business in Nigeria. Their 2.70 entrepreneurial index comes from a strong entrepreneurial culture, but an extremely weak infrastructure.

As you can see, innovation and entrepreneurial creativity are concepts that can be found all over the world. What does the future hold for these areas and others? 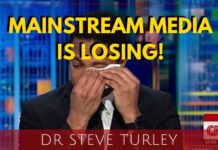 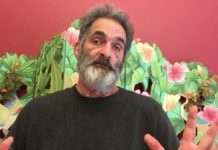