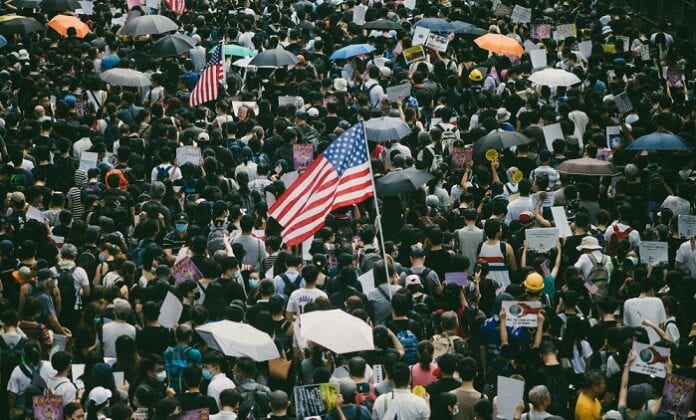 With the presidential election nearing, it’s important to remind ourselves of an important fact, one that Democrats and Republicans and their supporters in the mainstream press fail to realize: Democracy is not freedom.

Democracy enables people to elect public officials. That’s all. That’s in contrast to countries that are ruled by people that are not democratically elected, such as kingdoms or militarily controlled regimes.

But the right to elect one’s government officials doesn’t guarantee a free society. Freedom is determined by the powers wielded by the government. If government’s powers are limited to their legitimate function, then people in that society will be free. And that’s true whether government officials are democratically elected or not.

The only real benefit of a democratic system is that people can peacefully change public officials, especially when there is a change in overall philosophies within society. With unelected regimes, the only way to change officials is through revolution, which can be costly in terms of life, property, and money.

There is something else that is important that Democrats and Republicans and the mainstream press are oftentimes unaware of: Democracy can actually be a grave threat to liberty.

In fact, the Bill of Rights was designed specifically to protect the country from democracy. Consider, for example, the rights enumerated in the First and Second Amendments. Even if 99 percent of the American people and 99 percent of the members of Congress wish to enact a law requiring everyone to send their children to church, they lack the power to do so.

No democracy there. The rights of the one percent who oppose being forced to send their children to church are protected. The idea is that freedom means that people’s fundamental rights are not subject to majority vote.

Notice something else that is important, something that even some libertarians forget: There is a critical difference between a government that is prohibited from wielding certain powers and a government that wields such powers but is exercising them in a wise and prudent manner.

For example, the federal government doesn’t enact laws requiring people to send their children to church because it believes it unwise or imprudent to do so. It doesn’t enact such laws because it simply lacks the power to do so. The Constitution and the Bill of Rights prohibit the federal government from wielding such power. That’s what freedom requires.

Once people delegate the power to manage, control, and regulate peaceful behavior to government, more often than not the government is going to exercise such power — and in ways that are going to displease at least some of the people. At that point, fights break out over the things the government is doing and not doing. In a genuinely free society, those kind of fights don’t occur because government lacks the power to involve itself in such areas.

If we are to achieve a free society, it is incumbent on us libertarians to lift our visions — and the visions of our fellow Americans — to a higher level — one that involves the removal of powers from the government rather than simply calling on the government to exercise illegitimate powers in a wise and prudent manner.

Jacob G. Hornberger is founder and president of The Future of Freedom Foundation. He was born and raised in Laredo, Texas, and received his B.A. in economics from Virginia Military Institute and his law degree from the University of Texas. He was a trial attorney for twelve years in Texas. He also was an adjunct professor at the University of Dallas, where he taught law and economics. In 1987, Mr. Hornberger left the practice of law to become director of programs at the Foundation for Economic Education. He has advanced freedom and free markets on talk-radio stations all across the country as well as on Fox News’ Neil Cavuto and Greta van Susteren shows and he appeared as a regular commentator on Judge Andrew Napolitano’s show Freedom Watch. View these interviews at LewRockwell.com and from Full Context. Send him email.

Shares
The Future of Freedom Foundation

The Future of Freedom Foundation was founded in 1989 by FFF president Jacob Hornberger with the aim of establishing an educational foundation that would advance an uncompromising case for libertarianism in the context of both foreign and domestic policy. The mission of The Future of Freedom Foundation is to advance freedom by providing an uncompromising moral and economic case for individual liberty, free markets, private property, and limited government.