Within China’s medical infrastructure is a dark secret that we expose in “Hard To Believe.” The information in the film has been used as evidence in the recent China Tribunal for investigating allegations of forced organ harvesting from prisoners of conscience in China. This is a crime the Chinese Communist Party (CCP) would like to keep hidden at all costs. It is a significant factor in why the CCP has not allowed the international medical community in to help stop the spread of the corona virus. We’ve made our award-winning documentary “Hard To Believe” available online free during these times of uncertainty. Accurate information is more important than ever.

56 MINUTES NEVER TO BE FORGOTTEN It’s hard to believe that doctors would kill for profit. It’s even harder to believe that major media are not investigating. Watch this award-winning insight into why the world is ignoring China’s mass-market sale of human organs. FILM SYNOPSIS IT’S HAPPENED BEFORE: Governments killing their own citizens for their political or spiritual beliefs. But it’s never happened like this.

It’s happened so often that the world doesn’t always pay attention. But is economic influence the reason that this time it’s going largely unreported? It’s hard to believe that doctors would carve up innocent people so their organs could be sold. It’s even harder to believe that major media are not investigating. Yet it’s still happening today and leaving a rising volume of victims in its wake.

Hard To Believe is a documentary that examines the issue of forced live organ harvesting from Chinese prisoners of conscience, and the response—or lack of it—around the world. Produced by Swoop Films, two-time Emmy Award-winning director/producer, Ken Stone, Irene Silber, Kay Rubacek and Swoop Films.

Dominion VP Had TDS, Ties To Antifa, Bragged About Fixing The Election 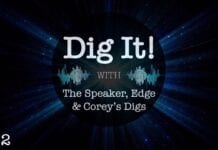