Reduce global poverty by providing access to alternative energy sources, clean water, and proactive healthcare to billions of people around the world.

Manoj Bhargava is the founder of the consumer products firm, Living Essentials LLC, based in Farmington Hills, Michigan. Living Essentials is the parent company of the popular energy supplement called 5 Hour Energy Drink. Launched in 2003, the company’s energy drink proved to be extremely successful, and by 2012 was generating an estimated 1 billion in annual sales. With a net worth said to be over $4 billion, Bhargava has pledged to apply over 90% of his wealth towards providing solutions to some of the world’s toughest challenges.

Bhargava has given donations to philanthropic causes in the past, but he learned that money doesn’t solve problems, ideas do. So he created his own team to find solutions to some of the worlds most pressing issues. In 2015, Bhargava founded Billions in Change, (BIC) a limited liability company (LLC) dedicated to reducing poverty in the world.

The driving force behind Billions in Change is an invention shop called Stage 2 Innovations. The Stage 2 Innovations facility has a wide range of capabilities and is afforded unlimited resources which allows them to make almost anything. Stage 2 Innovations team consists of creative problem solvers, tinkerers and engineers whose focus is in three areas; alternative energy, water treatment and health. So far the team’s created some very promising prototypes that have the potential to greatly improve the quality of life for countless people around the world.

Stage 2 Innovations designed and fabricated a recumbent style stationary bicycle that can generate up to 1050 equivalent watts of lighting in energy power per hour or ten 100 watt light bulbs. That may not sound like a lot, but when you consider there are over a billion people in the world with no access to electricity, it’s a pretty big deal. This simple but effective invention will allow millions of homes basic electricity with out adding any CO2 or pollution to our atmosphere. As Bhargava puts it, “the only side effect is you get healthy.”

The way the hybrid bicycle works is you pedal for 1 hour a day to charge the battery and it provides the homes electrical needs for 24 hours. The hybrid bicycle consists of several simple components like a battery, generator, flywheel and can be shipped to anywhere in the world. There are currently two versions of the hybrid bicycle in development. One is a less expensive consumer version that has 1 flywheel and is meant for household use. The other is meant for commercial use with two flywheels and generates more electricity for small businesses with higher electrical requirements.

Billions in Change built a production facility in Singapore that was supposed to supply the bicycle to other parts of the world like India. After hitting a wall of red tape with customs paperwork and high tariffs, they learned that importing the bikes were no longer feasible, so they are waiting for the production plants in India to be finished. The Indian plants should be ready for production in early 2017.

Another area of Stage 2 Innovations research is focused on tapping into and harvesting geothermal energy from deep below the earth’s surface using a material called graphene. Graphene is created by removing one molecule from the substance known as graphite, or the material pencil lead is made from. Graphene has shown to be 100 times better as a conductor than copper and stronger than steel. Graphene is an extremely efficient way to transfer heat and loses very little energy over long distances. Stage 2 Innovations has been developing the ability to produce strings made of graphene which can be woven into cables that would be inserted into the earth tapping geothermal energy.

The Rainmaker was designed by a former autoworker with mass production in mind. Instead of creating a large stationary unit that could take over a decade to build and cost billions of dollars, Stage 2 created smaller modular units that can be mass produced using assembly line production methods. Because of their size, these units can be made quickly and shipped to remote locations or disaster stricken regions as needed.

To address water requirements on a larger scale, the Rainmaker can be joined with hundreds of other Rainmaker units and assembled on shorelines or on ocean barges to supply clean water to large populations. Rainmaker farms on ocean barges could travel all over the world to address the challenges of specific regions as needed. The barges sit below the water line which lets water flow into the units saving energy and conserving wildlife. One rainmaker barge could produce up to 20 million gallons of clean water per day. Several hundred barges could make up for water deficits for a region the size and population of California.

ECP stands for External Counter Pulsation. The idea behind this therapy lies in immunotherapy, or more simply put, to promote wellness in the bodies immune system as a form of preventative medicine, as opposed to the reactionary form of treating disease after the fact. ECP is a machine with inflatable cuffs (like the ones used to measure blood pressure) that are placed on several key areas of the body.

How ECP works is by inflating and deflating the cuffs, it assists the heart in circulating blood around the body. This process widens the patients arteries allowing blood to flow more easily which also promotes better circulation. In addition to improved blood flow, the ECP process flushes toxins out of the blood, allowing the body’s immune system to function more effectively. There have been hundreds of published medical studies showing the benefits of ECP therapy, but Bhargava and other experts feel it can be used for a much wider range of applications than the limited treatments it’s currently being used for.

External Counterpulsation is not a new concept, however, it’s not a well known or widely used medical procedure, which is why there were very few manufacturers of the machine. Early models were cumbersome and lacked a more refined design. Stage 2 Innovations developed an improved version of the machine called Renew. The Renew is a smaller and portable ECP machine, and runs on standard 110 volt outlets. This makes for easier worldwide distribution and implementation.

Energy is such an integral part of any modern society and regions without electricity cannot have a meaningful economy. Even modern societies need to rethink how growing energy needs are met for logistical, economical, and environmental reasons. The current energy structure is not sustainable, and as the world’s population grows, we’ll need to find more intelligent ways of meeting global energy needs. Billions in Change has proposed new forms of energy that can meet this growing demand — and cause no pollution. The implication of these new energy concepts are so profound that it’s difficult to imagine what the ultimate impact would be. If successful, this would significantly disrupt our current energy paradigm.

Water is perhaps one of the most fundamental human needs. Without water we simply cannot live, and without clean water we cannot thrive. Most people may be surprised to learn how many people have little or no access to clean water.  By providing solutions to regions without access to clean water it could make a huge difference in the quality of life. This is not just for underdeveloped countries either. We’ve seen extreme weather in California in the last several years  and there is real concern about the consequences an extended drought will have on the state. California is one of the largest growers of food in the U.S., so what happens there will affect many. Bhargava claims that a few hundred Rainmaker barges could solve the California water crisis.

Taking a proactive approach towards healthcare is certainly a great idea no matter who you are or where you live in the world. It seems that the published studies already show a significant benefit in using this therapy and it could be an integral part of the future of healthcare. In regards to its impact, it would be nice to see some longer term studies covering the wider application of this device and its relation to overall healthcare costs.

Manoj Bhargava says “The purpose of business , in the end, is to serve society.” And “I want to redistribute wealth in an intelligent way.”

When most people hear the term redistribution of wealth, they reflexively think that it will come at their own cost. What’s interesting about Bhargava’s plan is he is trying to redistribute wealth through innovation, not legislation. It appears that Bhargava is trying to level the playing field by providing new opportunities for the poor countries of the world while developing technologies that will benefit everyone in the world. Change through innovation offers opportunity and allows us to take a quantum leap forward. Innovation is always more effective (and fairer) than trying to administer wealth through legislation.

It is encouraging to see a billionaire put so much of this wealth towards the pursuit of such altruistic goals and bold visions. However, the question some will have is: what will Bhargava do with his proprietary patented technology? Bhargava is an aggressive businessman and has been accused of mixing philanthropy with business. He is on record stating that he plans to sell his technology for a profit in drought plagued California. Is that a bad thing for such a service? He also stated that he would apply those profits towards implementing his water treatment technology in poorer countries that could not afford it.  The bigger question should be: are the solutions Bhargava’s putting forth worth pursuing? Absolutely!

How You Can Help

Billions in Change does not accept donations but they do ask for help in other ways. If you like what Billions in Change is doing, they ask that you please lend your voice to their cause. Tell your friends and co-workers — tell officials in local, state and national government about Billions in Change. As with any new technology that threatens the existing paradigm, there will be resistance. Powerful interests and their political allies are slow to adopt new solutions and tend to inhibit progress through bureaucratic red tape and other tactics. Many times it takes awareness to new solutions and then public demand for them to be implemented, so please spread the word.

Please share this article using the social share bars below. These articles are written to create awareness about new concepts, but they are also meant to inspire others by showing real life examples of social entrepreneurs with bold visions for a better future. You never know who will read this story and be inspired by it. All it would take is a few more billionaires like Manoj Bhargava and the world would be a very different place. Remember, positive trends can be contagious.

To learn more about Billions in Change, please watch the film above and visit their website. 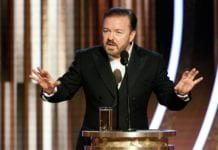 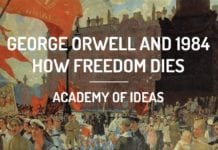