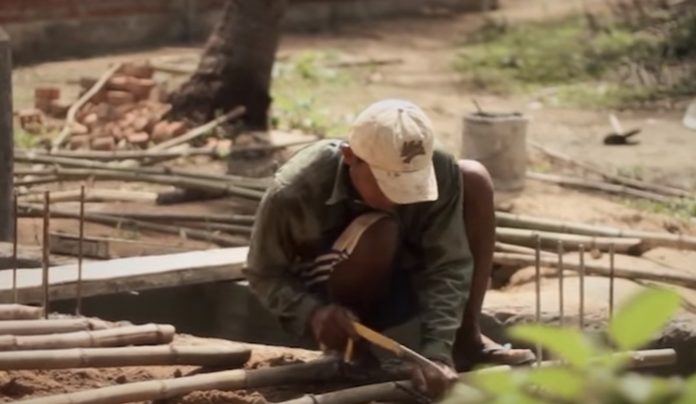 Modern day slavery, also known as contemporary slavery, generally pertains to slavery institutions that continue to exist today, with the estimated number of slaves ranging from not less than 20 million to more than 30 million, according to the United Nations. This has become a multibillion-dollar industry that generates an estimated $35 billion each year.

Slavery is common in communist countries, but aside from these places, it is also practiced even in advanced democratic nations, such as the UK where there are an estimated number of 10,000 to 13,000 victims, according to the Home Office, including those in forced labor and prostitution. Now, the country is trying to fight modern slavery by imposing the Modern Slavery Act 2015, which requires large commercial organizations to publish a human trafficking and slavery statement regarding their supply chains for every year.

It is now considered by many people, especially anarchists, to be slavery when people work for little or no personal gain at the expense of the quality of their life. There are many forms of public outcry to address this problem, including movements to increase minimum wages. In the US, chattel slavery is the most common and known form of this practice, which allows people (who are regarded as legal property) to be sold, bought and owned for the rest of their lives, which was supported by Europe and the US from the 16th to 18th centuries. Today, a lot of people agree that there are 5 major forms of slavery occurring across the world, with each representing the basic truths of enslavement, such as forced work, threat of punishments, deception and abuse.

2. Forced Labor
This generally refers to all forms of coerced work that a person is required to provide against his/her will. These days, forced laborers are regarded as property to be commercially exploited, much in the same manner African Americans were treated during the period before the American Civil War.

3. Domestic Servitude
This is where slaves are forced to work in extremely hidden workplaces, including private homes. As for domestic workers, they would become slaves when their employers use deception, coercion or force to convince them that they have no choice but to continue working. Things that are linked to this form of slavery include confiscated travel documents, isolated environments, restricted mobility and unfamiliar languages.

4. Child Slavery
This describes all labor obtained from those under 18 years old by means of fraud, coercion or force. As you can see, some children today are being enslaved in forced labor, debt bondage, armies, prostitution, domestic servitude and other forms of hazardous work. Today, child slavery exists in many industries around the world.

5. Bonded Labor
Also known as debt labor, this type of slavery involves individuals being compelled to work to repay a certain debt. This is different from other forms of slavery in a way that the employer and the laborer enter into a mutual agreement, but contract conditions might be illegal or provide vastly more benefits the employer than the worker through an exploitative contract.

It might be difficult to believe, considering that we are supposed to be already living in sophisticated, modern world, but slavery is still as inhuman and brutal today as it was in the past, affecting millions of people. The good thing is, more and more countries are joining the fight against this practice, with Brazil leading the movement.

According to recent statistics, there is an estimated 20 to 30 million slaves around the world today—estimated because it has been difficult to count the exact number of slaves in a hidden population. Ninety percent of women and children who had ended up in sex slavery were previously victims of childhood sexual abuse. In South Asia, it is said that you will be in greater risk of being hit by lightning than you are of going to jail from enslaving a person. There are an estimated number of 800,000 people being illegally trafficked across international borders each year, with 161 countries being affected by the industry and a staggering $32 billion of total yearly profit it is gaining. Ironically, the cost of a slave today, which is $90, is very little compared to that in 1850, which would be $40,000 if converted in today’s dollar value. In terms of profit, human trafficking has been ranked as the 3rd largest international crime industry just behind arms trafficking and drugs.

Most victims of modern day slavery between the ages of 18 and 24, with 1.2 million children being enslaved through the sexual industry and forced labor each year. 46% of the slaves are recruited by people they know, while 54% of them recruited by strangers, and 78% of them are in the labor industry, while 22% in the sex industry. All in all, 55% of these slaves are women and children, and 45% are boys and men.

Slavery still continues today in one form or another, but it is hopeful to know that more and more people are also doing their best to combat the practice.