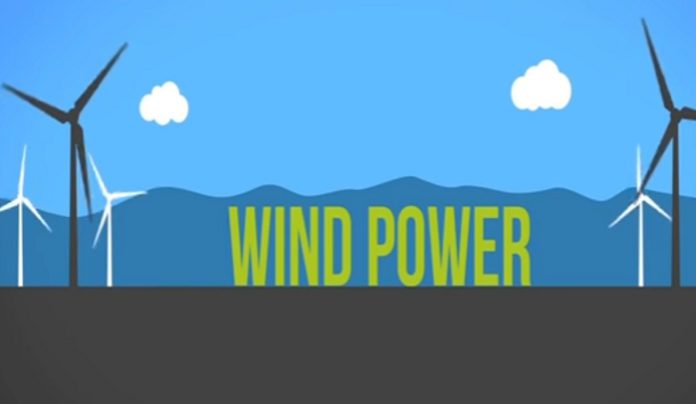 The amount of energy a wind turbine is able to produce is dependent on several factors, including the speed of the wind and the size of the turbine itself. The location where a wind turbine is placed will also affect power production.

Current outputs for onshore wind turbines right now average a total capacity of up to 6 million kilowatts per year, per turbine. That comes to a total capacity of about 3 megawatts per unit. It is enough energy to supply about 1,500 homes with a reliable source of power all year long.

The average offshore wind turbine can produce slightly more power per unit because it is exposed to longer periods of faster sustained winds. Total offshore production can reach up to 12 million kilowatts per year, which is enough to supply over 3,000 households with the energy they need.

With current technologies, the largest production capability of a single wind turbine is believed to be about 20 megawatts.

How Efficient Are Wind Turbines?

This means that current technologies allow a wind turbine to be producing electricity for about 70% of the time, with some turbines able to reach production levels of 85-90%. It will generate a different output based on the wind speeds that are being experienced at the time.

The efficiency rating of a conventional power station, for comparison, is generally between 50-80%.

If Offshore Wind Is More Efficient, Why Isn’t It Being Used?

At the current moment, onshore wind farms are being constructed because they are the most economical option. Their efficiency ratings may be inferior to offshore wind farms, but the offshore option takes much longer to develop. There is also the consideration that lakes and seas are naturally inhospitable environments that can move in unpredictable patterns, while onshore wind patterns are more consistent and available to collect.

This does not mean that offshore wind turbines are not being looked at. Technology improvements and innovation within this category are allowing wind turbines to be manufactured on a much larger scale. It has allowed pricing to come down so that offshore development can be potentially competitive in the future.

How Long Does It Take to Build a Wind Farm?

Construction times for new wind farms are relatively short, even if looking at a large installation over several acres. Installing a 10 megawatt wind farm takes an average of 60 days, with complicated installation needs increasing the installation time by about 50%. If a large wind farm, with a production rate of 50 megawatts, was being constructed, the estimated time from start to finish would be about 6 months.

The cost of the turbine is the largest initial installation cost that needs to be paid, with the capital cost of it accounting for 75% of the initial investment. This is similar to the capital costs of other power plants, but without the ongoing costs of fuel that some require.

When looking at a renewable source of energy, wind has to be one of the top considerations for a truly environmentally friendly resource. Emissions are lower for turbine creation than other renewable collectors, their overall space requirements are minimal, and there are many potential onshore and offshore installation points available. As this technology continues to improve, expect to see wind turbine production to increase.