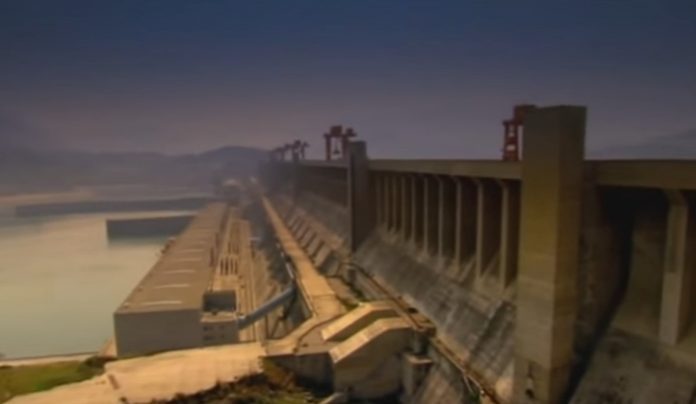 The Aswan Dam has had numerous impacts on the environment since it was initially constructed in the 1960s. Not to be confused with the original embankment dam that was completed in 1902, sometimes the modern dam is referred to as the “High Dam” to separate the two.

The biggest Aswan Dam environmental impact has been control over the Nile River. Before the dams were built, the river would flood every year during the late summer months. These floods would bring high water levels, but it would also create fertile soils along the delta. Since the flood levels could vary from year to year, there would be some seasons of virtually zero crop production.

Now with better control over the water movement, there is more consistency in crop growth. Here are some of the other environmental impacts that have been created.

1. The Aswan Dam produces a lot of electricity.

The Aswan Dam powers 12 generators. Each of them is rates at 175 megawatts. At one point, these generators were producing about 50% of the electricity that Egypt was using. For many Egyptian villages, the power distribution allowed them to have electricity access for the first time. Today the dam still provides 10-15% of the country’s power.

2. The Aswan Dam flooded much of lower Nubia.

This occurred when Lake Nasser was created as a result of the Nile River being blocked. As a result, more than 120,000 people in Egypt and Sudan had to be resettled. Some were moved to a newly created settlement along the shore of the lake, while others were moved more than 700 kilometers away to lands that were completely foreign to them.

Fishing has always been a way of life for many in Egypt along the Nile River. When the construction of the dam was finished, it changed how commercial fishing was handled. Every year, more than 25,000 tons of seafood are harvested from the waters in and around the dam. In return, a new and thriving fishing industry has created economic benefits for many in the region.

4. The loss of sediments has created coastline erosion.

The Aswan Dam, because it prevents the Nile River from leaving sediments, has increased the pace of coastline erosion that occurs around the Nile Delta. It is estimated that the erosion proceeds at over 550 feet every year.

5. The Aswan Dam has created an increase of soil salinity.

Because the distance between the surface waters and the ground water may only be 1-2 meters in some locations, salt has begun to accumulate in small, but high concentrations in some locations around the Nile Delta. A subsurface drainage system had to be installed to prevent a deterioration of crop yields due to waterlogging and soil salinization. The cost of this system, since 1973, is estimated to be over $3 billion and continues to grow.

The Aswan Dam environmental impact has had positive and negative outcomes over the years. As time continues to pass, each of these will need to be managed effectively to maintain the current quality of life.