Media: Now and Then

In order to fully appreciate what Newsbuds proposing, we should look at the current media model first. If you’re old enough to remember what the media looked like in the last century, you’ll recall there was only a handful of networks and major newspapers that disseminated almost all of the country’s news. Now we have so many other mediums and organizations distributing information, but is there really more diversity in our news sources today?

In the early 1980’s there were around 50 companies that controlled nearly all of the information that Americans consumed on a daily basis. By 2011, that number dropped to 6 companies. It’s now down to 5 companies and it’s estimated that just under 300 corporate executives have control of just about everything most of people see and hear in America.

The Power of Information

Information is powerful, and it profoundly influences our personal lives, our culture, and even shapes our collective reality. Our media influences our thinking, our decisions, public opinion, our elections, and our consent on what we do as a nation. Most of our public policy decisions and legislation is based on the current sentiment of our nation, which can be manipulated by large media conglomerates who often have a hidden agenda.

The media notifies us of events around the world but the narrative around those events is often skewed to elicit a desired response from the populace. When only a handful of people control almost everything we see and hear, we must be careful not to abandon our own logic and independent thought process and blindly trust the popular narrative being presented to us.

Unfortunately, there are very few credible news agencies with real investigative journalists tackling important stories. Gone are the days of Woodward and Bernstein, if they even existed to begin with. What’s presented as news today is carefully chosen, agenda driven, sanitized and scripted stories.

News anchors are basically teleprompter readers who rarely go off script. Although much of the content in the news is driven by the events of the day, often times you’ll see the same stories on every network using the exact same wording. It’s as if all of the networks received one script from a central source to read from. Just think of the implications of that.

Today’s news is a dumbed down, low information version of journalism which can be better described as infotainment. Most young people today trust the late night talk shows more than they trust traditional news outlets. With the exception of a few solid journalists like Sharyl Attkisson and Jon Rappoport, investigative journalism is now done by a handful of whistleblowers like Edward Snowden and Julian Assange.

How a media company receives its funding has a significant affect on what (and how) a story is reported. There is an inherit conflict of interest built into the news model in the form of corporate sponsorship’s. Advertising in the media is certainly nothing new, but it’s a fatal flaw. Some corporations spend billions of dollars in advertisements every year with media outlets and if a new study or report comes out that conflicts with their product, it will not be reported on. We have seen this time and again with pharmaceutical companies, but they’re not the only ones.  This form of censorship is always present no matter what the industry. The last thing a news editor wants to do is upset a corporate sponsor spending millions of dollars with their network. With this dynamic at play, the news model will always be flawed.

Most people are not aware of the fact that it is now perfectly legal for the U.S. government to use propaganda on its own citizens. With the passing of the National Defense Authorization Act of 2013, two previous acts prohibiting the use of domestic propaganda within the US were neutralized. The US Information and Educational Act of 1948 or popularly known as the Smith-Mundt Act, and the Foreign Relations Authorization Act in 1987.

There was also a campaign initiated in the 1950s, in an effort to influence the American media by the Central Intelligence Agency called Operation Mockingbird.  Operation Mockingbird recruited leading American journalists into a propaganda network to help the CIA put forth their agenda. We were told that this program was ended in the late 1970s but some critics say it never ended.

If you really want to go down the rabbit hole, do some research into crisis actors. It’s interesting how what seems to be the same people keep showing up at different national tragedy’s in separate parts of the country. 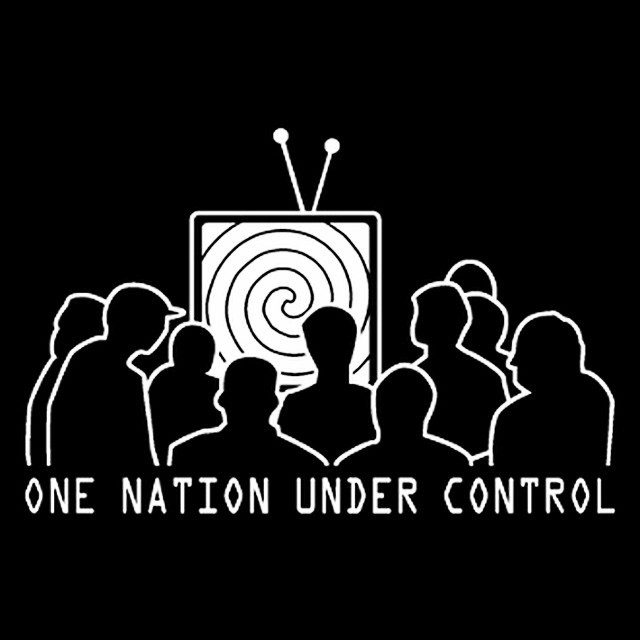 The information that we consume can be the difference between life and death for many people. Throughout history we have seen many wars started using erroneous information, only to learn later, that they began under false pretenses or even false flag events. In fact, the U.S. has been in a perpetual state war for almost two decades under the guise of spreading democracy or self defense when nothing could be further from the truth.

The worst part is, instead of the media questioning the official story to find the truth, they became willing participants in the war. As a result, we blindly committed the lives of our sons and daughters to the horrors of war. If we had real investigative journalists, the false narrative could have been challenged and the lives of many could have been spared. Instead we’ve needlessly spent billions of dollars and lost thousands of U.S. lives (and countless others) under false pretenses.

I think it has become obvious to most people by now that the corporations behind our media cannot be trusted. When they aren’t outright censoring the news or reporting with a clear bias, one of their favorite and most despicable tactic is to divide and distract the masses. They fan the flames of racial tensions and sensationalize trivial stories that offer no value to their viewers. We are much easier to control when we’re not focused on the real issues and fighting with each other.

The internet once promised to be a liberating force to break free from the corporate media model but the most popular online news sites are now controlled by these same corporations. Some may argue that with the rise of alternative media, we have many more choices to get real news, however, not even alternative media is immune to this consolidation and control. There are many small alternative news sites doing great work, but it seems that once they reach a critical mass in viewership, they too are co-opted, or brought under control of the large corporations.

Newsbud is the first independent media outlet that relies solely on small donations (via crowdfunding) and subscriptions to fund operational costs. The people behind Newsbud are well aware of the fact that money influences editorial freedom, which is why they opted to create a different model. Newsbud does not take money from advertisers which removes any conflict of interest right from the start.

Newsbud founder and editor-in-chief, Sibel Edmonds also points out that even accepting money in the form of grants from so called “altruistic foundations” can lead to a form of self censorship of a news agency. It’s only human nature to want to keep the people who pay your salary happy, and many of the wealthy sponsors behind these foundations are the same people who own the giant media conglomerates.

Newsbuds reporting is unlike any coverage you will see from the mainstream media. They delve into topics that are simply not discussed on traditional media outlets but need to be. The Newsbud team is made up of accomplished investigative journalists and researchers who tackle the tough issues with a sense of truth and no nonsense style. Whether you like Newsbuds content or not, the model they are using is truly innovative and solves a lot of the problems we see with the media today.

Here is a description of Newsbud from their website:

Newsbud- A 100% People-Funded Media with Integrity, in partnership with BFP, is an independent news, analyses and multimedia network. We do not receive a single penny from corporate advertisers, foundations, NGOs or partisan-affiliated entities. Not a penny! All Newsbud reports and multimedia productions are entirely independent, nonpartisan, and developed, written, produced, and vetted by our staff, who are paid with funding from the public-That’s you.

We cover select but significant blacked out stories and issues, while defying blinded partisanship and propaganda-driven mainstream views.

We can only exist with the support of our viewers. Your subscriptions and donations enable us to create and produce original and independent multimedia shows, provide you with in-depth and independent expert analyses, and present to you crucial news and developments.

Newsbud relies on its funding through crowdfunding and subscriptions. Their subscription model gives Newsbuds subscribers early access to their reporting. After a few weeks, they release it to the public because they do not want to restrict their content. Earlier this year Newsbud raised over $170,000 on Kickstarter under Phase 1 of their funding strategy.

This is obviously something the public wants because Newsbud was one of Kickstarters most funded journalist campaigns to date. Now they are back on Kickstarter and seek to raise $130,000 for Phase 2 of their funding strategy.

The better informed we are as a society, the smarter decisions we can make on the important issues moving forward. We can no longer afford to be fooled and misled by globalists and the social engineers who wish to control us using fear and misinformation. As consumers we hold all the power – and we will get more of what we support. If we want to see new models that are aligned with our best interest, we must support the trailblazers attempting to create them. There has never been a better time than now to introduce a new media model like Newsbud.

If you like what Newsbud is doing, please support their Kickstarter campaign or share this article using the social share bars below. These articles are written to create awareness about organizations proposing solutions to the challenges we face, but they are also meant to inspire others by showing real life examples of social entrepreneurs implementing bold new visions to improve our future.

For more information about Newsbud, please visit their website.