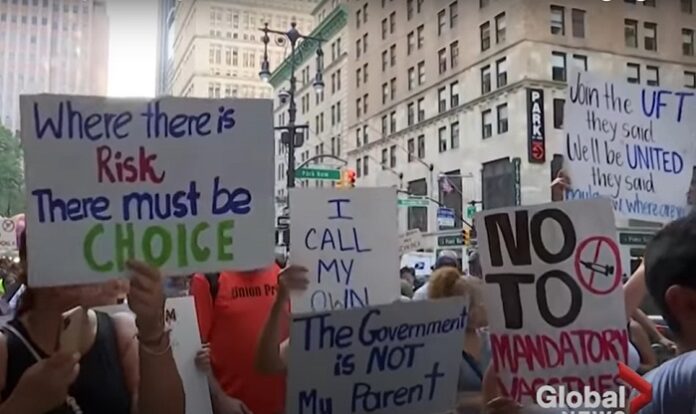 In response to the COVID-19 lockdowns and mandates, the phrase “we will not comply” and sentiments of civil disobedience have become increasingly popular.

Parents at school board meetings have been chanting the famous phrase to protest school districts forcing their children to wear masks while attending school this upcoming semester. In Williamson County, TN, parents protested outside their children’s school building after the board voted to mandate masks in schools.

Senator Rand Paul welcomes the phenomenon, recently writing in a Fox News op-ed, “I think the tide has turned, and more and more people are willing to stand up. I see stories from across the country of parents standing up to teacher unions and school boards. I see members of Congress refusing to comply with Petty Tyrant Pelosi.”

In another notable instance of civil disobedience against COVID-19 mandates, Tesla’s Elon Musk reopened his production plant last year in defiance of the county official who had ordered that it must remain closed. “Tesla is restarting production today against Alameda County rules,” Musk stated. “I will be on the line with everyone else. If anyone is arrested, I ask that it only be me.”

Some may see the “we will not comply” movement as a modern trend, but civil disobedience has a rich history in America. As Amy Swearer of the Heritage Foundation points out, the phrase harkens back to the anti-slavery abolitionist movement.

“Non-compliance with federal laws mandating the return of escaped slaves was rampant throughout northern states prior to the Civil War,” Swearer wrote in The Argus Observer. “In 1850, the Vermont legislature went so far as to pass a law effectively requiring state judicial and law enforcement officers to act in direct opposition to the federal Fugitive Slave Law.”

Non-compliance continued on to become the driving force behind the Civil Rights Movement.

“Some of the most revered figures of the Civil Rights Era were actually brought to the national spotlight by acts of non-compliance,” says Hannah Cox of FEE. “Rosa Parks refused to comply with a city ordinance mandating segregated buses that would force her to the back of the bus. Hundreds refused to comply with state laws by engaging in sit-ins. Martin Luther King, Jr. had several stints in jail for his repeated refusals to comply with court orders.”

Back when the American colonies were still under British rule, the colonialists’ responses to tyranny were what led us to becoming the independent nation we are today. Practicing freedom of speech and assembly was just one of the tamer methods that our founding fathers used to achieve liberty from an authoritarian government. Non-compliance is American at it’s core.

This tradition carries on today in the current battle for less government control over our day-to-day lives.

Civil Disobedience is as American as it Gets

“If the injustice is part of the necessary friction of the machine of government, let it go, let it go: perchance it will wear smooth—certainly the machine will wear out…,” American philosopher Henry David Thoreau wrote in On the Duty of Civil Disobedience. “… But if it is of such a nature that it requires you to be the agent of injustice to another, then I say, break the law. Let your life be a counter-friction to stop the machine.”

Thoreau makes the point that our natural rights are constantly threatened by government overreach, and it is up to us to stand up and protect them.

Not only is it moral to disobey laws that infringe on individual rights, it is morally necessary. Jim Crow segregation ended because people broke the law. Chattel slavery ended because people broke the law. So, for modern forms of government tyranny, such as medical mandates, it is clear that non-compliance is necessary to successfully fight back, despite the dangers that naturally accompany such a response.

The German-Swiss poet Herman Hesse once observed that people who refuse to comply with unjust laws are often persecuted, shunned, and hated in their own time. Yet he also noted these same individuals are often the very ones later revered for their courage, sacrifice, and commitment to truth.

“That society which praises and demands obedience to their arbitrary laws as the highest virtue amongst the living,” Hesse, a Nobel Prize-winning writer, observed, “that same society adds especially those to their pantheon, who bid defiance to these demands and would rather lose their lives than betray their willfulness.”

I’m a political science major at the East Stroudsburg University of Pennsylvania, where I’m also a member of the wrestling team. 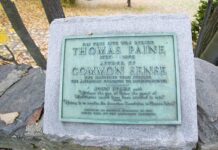 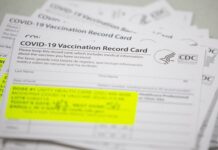 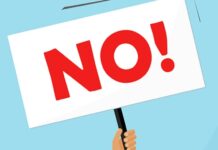 The Ultimate Power of The Word “NO”