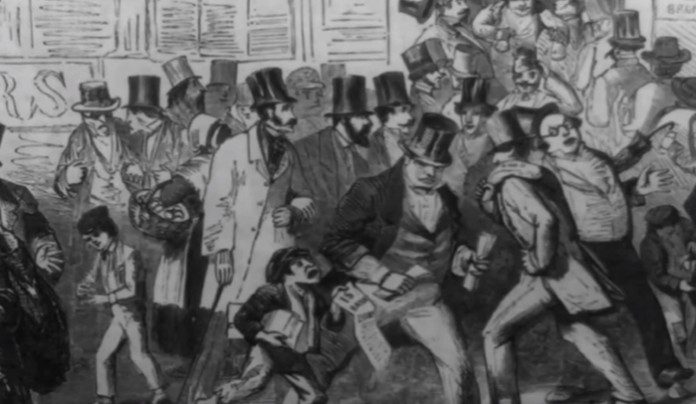 The Federal Reserve, also informally known as the Fed, is the central banking system of the US that was instituted by Congress on December 23, 1913, with the Federal Reserve Act signed into law by President Woodrow Wilson to provide the country with a safer, more stable and more flexible financial and monetary system. Basically, the creation of the law was mainly in response to a series of financial panics, especially the one that occurred in 1907. Since its implementation, the Fed’s roles and responsibilities have expanded. While its structure has evolved, the system has realized its goal to create a more stable economy. However, there are also many people who believe that the Fed is more harmful to the economy than helpful. Here are the Federal Reserve pros and cons:

1. It established a national currency.
Before the Fed system was implemented, there were tens of thousands of currencies used in the US. Then, it made a single currency valid throughout the country, helping the economy to run smoothly.

2. It increases transparency and predictability.
The rule-based systems used in the Fed’s monetary policy increase predictability and transparency, helping the Central Bank with explaining its actions to the public and helping the market to predict what the Fed would do. This has a significant impact on people’s lives, like low interest rates benefiting debtors over the creditors. As market observers would know what the Fed will plan and do accordingly through a clear rule-based system, they will be able to save a lot of time and money.

3. It ensures a sound financial system.
The Federal Reserve System functions by conducting the country’s monetary policy by influencing credit and money conditions in the economy to ensure full employment and stable prices. Also, it regulates and supervises banks and other major financial institutions to ensure soundness of the financial system and protect consumers’ credit rights in the country.

4. It represents the country and its financial interests.
Without such a system, interests would be represented by banks and would not be clearly the best financial option as these institutions are normally more concerned about private sector than the public. Also, the Fed requires banks to subject themselves under impartial and external audit. And if the system did not exist, all audits would just have taken place internally, which can lead to corruption among banks.

5. It increases the credibility and accountability of future policy actions.
By setting rules, the Fed is able to reduce the incentive to later renege on their promises. Without a rule-based system, it is argued that a central bank will still be able to promise to keep inflation low, but it would later be tempted into printing money just to generate revenue for the government.

1. It is considered as invasive and unconstitutional.
The Federal Reserve System is often regarded as anti-capitalism, as finances will be controlled by a huge government organization, instead of a group of private businesses. This means an expansion of government size, which is criticized by many people.

3. It is often seen as favoring private interests over public interests.
It is stated that private interest and lobby groups have a great deal of influence over the Federal Reserve, allowing individuals to benefit rather than the whole society and taking away the well-being and rights of the public. While the Fed is a government institution, it is still run by business-minded individuals, which can open the institution to a great deal of corruption.

4. Its utility and validity are not universally accepted.
The constitutionality of a national bank has always been a subject in heated debates around the world, to an extent where the federal government controls and plans the economy using that bank. Throughout the Central Bank’s history, there have also been a lot of criticisms of particular policies it has implemented. Some people even argue that the system’s monetary policy is too tight that it creates unemployment, and that it is too loose that it stokes dollar depreciation and inflation.

5. It is believed to increase instability.
Contrary to the belief that the Federal Reserve has alleviated the bank panics in the past, some people believe that the Central Bank cannot adequately manage a country’s monetary policy and can actually increase economic instability. And while some people believe that it is highly willing to accommodate political administrations and allow asset bubbles to inflate, other people think that it interferes in the economy too much.

6. It manipulates the US economy by setting national interest rates.
As it can keep rates low or high, the Fed has the capability to foster growth or hinder it. It can inflate massive bubbles and then just pop them up. While many Americans give much credit and blame to the presidents on how the economy is doing, these leaders actually do not much control over it compared to the Fed.

To build a good opinion on the US Federal Reserve, it is important to weigh down its pros and cons. Based on the facts listed above, where do you stand on this matter?