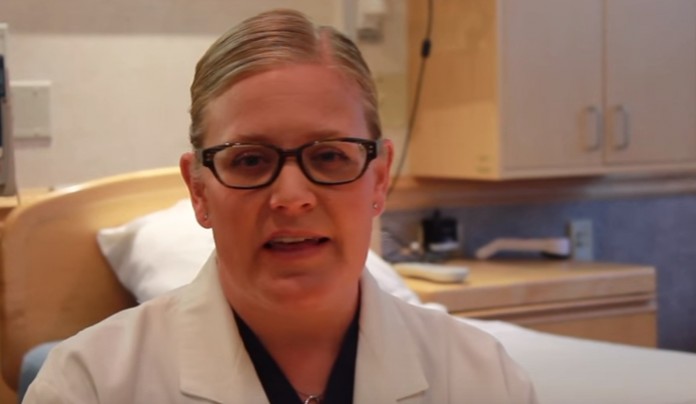 Among many married couples, bilateral tubal ligation or tubal sterilization is the most popular form of birth control. Getting your tubes tied, as it is popularly known, is a form of permanent contraception suitable for people who are done with having babies, or those who doesn’t want to think about birth control anymore. But making the decision to cut ties with childbearing abilities is never easy. This is especially tough for the woman who may suffer from side effects. Because the reality is, tubal ligation is not perfect.

The idea behind this procedure is to prevent the eggs from moving into the uterus, and the sperms from moving to the eggs to prevent pregnancy. It involves cutting the Fallopian tubes or sealing them off. All the doctor has to do is to make a small cut in the abdomen to access the tubes.

But while the procedure is simple, the decision to get your tubes tied is not. Tubal ligation is a form of permanent sterility, and is an irreversible means of contraception. Once you go through with it, there’s no turning back. This is why anyone who plans to undergo the procedure, must think long and hard about the implications.

Tubal sterilization can be done right after giving birth, or together with a cesarean procedure. Anyone has completed her family building and does not want any more children is a good candidate for tubal ligation, according to Dr. Hurwitz, reproductive endocrinologist with Reproductive Medicine Associates of Connecticut, and a board-certified OB/GYN. But women with “previous pelvic abdominal surgery or have a history of obesity, diabetes or pelvic inflammatory disease” should explore other options of permanent birth control, he added.

1. Permanent
There’s little chance of turning back after tubal sterilization. Once the Fallopian tubes are cut, reconnecting them would be painful to your pocket. But the upside is birth control is permanent. No more pills, no more counting dates, nothing. Unlike implants and IUD that have expiration dates of up to 3 years and 12 years, respectively, tubal ligation lasts forever. You never have to bother with or spend on contraception again.

2. Effective
Among the female sterilization options available, getting your tubes tied is the most effective, because there’s no chance of human error. Although there are 5 in 1000 women who get pregnant in the first year, and 2 in 100 who will conceive after 10 years, the chances of accidental pregnancy happening is pretty slim. When it does happen, a failed tubectomy is usually to blame. So you can rely on it not to fail you. If you are so over getting pregnant, tube tying is your next best option.

3. Painless
With medical advances, there is now a non-surgical ligation available that is said to be almost painless. The procedure involves inserting a probe into the tubes, and growing scar tissues that will block the egg’s passage to the uterus. But even if you opt for the old method, you are unlikely to be confined in the hospital for weeks, as an outpatient procedure for interval tubal ligation is available.

4. No effect on hormones
Because tubal sterilization doesn’t change the levels of progesterone and estrogen in your body, it doesn’t have any effect on your hormones, which is something you are sure to experience with other birth control methods, such as the shot and contraceptive pills. It won’t also affect your mood or sex drive. And you will continue to have your period until you go into menopause.

1. Permanent
Because it is an irreversible form of contraception, a woman who wants to have her tubes tied must be 100% sure that she doesn’t want to get pregnant again. Women under 30 have the highest rate of regretting their decision, according to Eve Espey, MD, a professor of OB/GYN at the University of New Mexico. Unfortunately for them, reversing the process is not always an option.

2. Discomfort
While the procedure is almost painless, you are likely to experience discomfort after getting your tubes tied. This is because the doctors would have to inflate your belly to see your organs better, which usually results in bloating that could last for one or two days.

3. Expensive Reversal
It is possible to reverse tubal ligation, re-opening it so the process of pregnancy can commence. But there are factors that will dictate the success rate of the procedure, such as a woman’s age, and what was left of her Fallopian tubes after tubal sterilization. The procedure is costly, and most insurance doesn’t cover it, which is the complete opposite of tube tying that is completely covered by Medicaid. This is why women would forgo reversal and just opt for IVF. Unfortunately, it is even more expensive, with no guarantee of success.

4. There are risks involved
Tubal ligation itself is a safe procedure, but accidental injury to the bladder, bowel or arteries has been known to happen. It also increases the risk of cancer due to the scar tissue needed to make you infertile. Scar tissue of any kind has been linked to developing cancer. In the event of an accidental pregnancy, it is also possible that it will be ectopic, which is life-threatening.

5. There are no guarantees of safe sex
You may not get pregnant when you have your tubes tied, but you are still at risk of contracting STDs. So yes, you are still going to need a condom to play it safe. If you are in a monogamous relationship, it is still important that you and your partner are tested, so you can be 100% sure that you don’t need a barrier method to protect yourself against STDs and HIV.