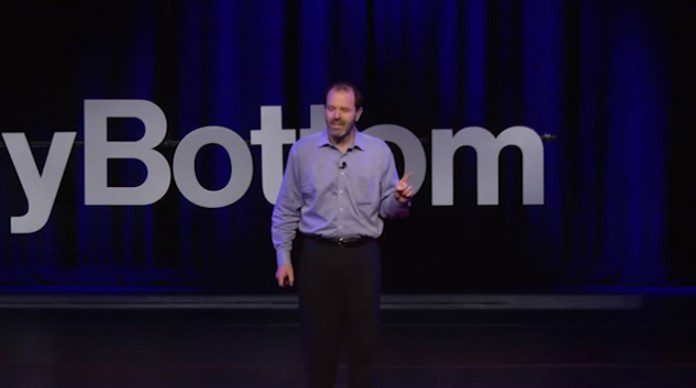 We’ve already seen how the peer to peer movement has transformed the financial world. From crowdfunding to lending to equity financing, people are helping people like never before. History is moving along rapidly and we are finding with every passing day that this movement makes life easier in many different ways.

You can call Lyft or Uber instead of a taxi when you need a ride and have a car there in minutes. You can use sites like AirBnB to avoid the costs of a hotel when taking a vacation. In some cities, you can order something online and have it delivered to your door within an hour. You can even get your bathroom fixed, have a writer create content for you, or hire a virtual assistant thanks to this movement.

The more we try to define the peer to peer movement, then the more it seems like we are unable to label it. As global internet connectivity improves and entrepreneurs continue to innovate, we will continue to see this industry change and the world will be forever different. Here is what we expect to see in the coming months and years with this movement.

#1. There will be more educational opportunities.

In the average developed nation, the population has a combined average of 1 trillion hours of free time to spend. Before the internet, this meant watching TV, playing VHS movies, tinkering with hobbies. Today this free time is used to access information. There are numerous ways that education will change thanks to the peer to peer movement.

People are watching less TV and spending more time on their computers, tablets, and smartphones. The information which the peer to peer movement has made freely available to any who wish to learn has really energized all of humanity once again.

And here’s the best part: anyone in any part of the world with a connection to the internet can become part of this global community. The developing nations may soon become developed thanks to this movement.

#2. There will be more forms of creativity.

You’ll find numerous creative projects on the average crowdfunding site right now. From music albums to new board games to new books, people are finding ways to utilize their social and professional networks to express themselves. This has changed how we as a people engage with these ideas. Instead of being influenced by a corporate need for profits, we can finance our own items that fit with our own expectations.

This means the peer to peer movement is literally changing human culture. Here’s why.

Creativity comes in many forms. Thanks to the peer to peer movement, we no longer need to adjust our tastes and preferences to what corporations want. We can dictate what we receive, work with innovators to make things happen, and pursue our own interests as a path toward potential profitability even when the corporate executives think it isn’t possible.

Time for motivational #quote by stellarfutures Personal creativity is an expression of your intelligence. Dare to b… pic.twitter.com/RyTlgkaX2W

For more than a generation, there has been a debate about global warming. Some say it is a natural cycle. Others say the problems are man-made. Thanks to the peer to peer movement, those who agree that a specific issue needs to be addressed can take action. Instead of preaching to the choir in our conversations, we can take action right now. What does this mean for the future?

By taking action right now, we can literally redefine what we all consider to be a “success.” Gone will be the arguments about tolerance, diversity, or equality because together, through the peer to peer movement, we are building something that gives us all an equal level of skin in the game based on how involved we want to become.

#4. It changes how we think about security.

If you have an emergency, then what do you do? Call 911 or 999 [or your emergency number in your area]? What if the peer to peer movement could become involved in the world of policing? It is a service that is essential because people cannot do it on their own. We’re already seeing this happen thanks to an app called Peacekeeper and here are some of the benefits that we could see in the future.

In this part of the peer to peer movement, the ground really is shifting quickly toward new and innovative ideas. It isn’t coming from the public sector. It’s coming from the private sector because they don’t see themselves being as safe today as they were in the past. In other words, the community saw a need, found an idea to meet that need, and is now working on funding and implementing the solutions to permanently end the problem for good.

Instead of waiting for the government to act, people are acting together. That’s an amazing sight to see.

#5. We can preserve our history.

Every community has something that deserves to be preserved. Maybe it’s Roman ruins that are unique. It could be the first home that was built in the area. It might be a work from a world-famous architect. The fact is that preserving history can cost a fortune, yet if we lose our history, then we are placing ourselves at risk of repeating the same mistakes as the generations which came before. This is how the peer to peer movement is making historical preservation easier than ever before.

The peer to peer movement will one day become part of history as well. It will be seen as the way humanity was able to come together, focus on our best interests as a group, and take action. Best of all, no one is forced to get involved if that is their preference. This is why P2P is such a powerful concept.

#6. It creates global business opportunities for everyone.

A freelancer with a home computer a cheap desk from the local thrift store can put their talents online and have anyone in the world hire them. A global business used to take months or years to establish itself. Today, with the right set of skills, it can be done in minutes by virtually anyone. Maybe an idea doesn’t work well in the USA – but in Singapore? People can’t get enough of it. That creates a business opportunity that wouldn’t have existed before the P2P movement.

The future of global business will belong to the right brain thinkers. pic.twitter.com/qCdwHSwx8E

Why is that so important? Because it changes how we think of business as well. In the US, 97-99% of all employees work for a business with 500 or fewer employees. The peer to peer movement can immediately open up new markets to get those people employed. It also opens up these additional benefits.

The peer to peer movement has already funded these opportunities by working to shift money into communities by taking it out of banks. People are discovering what kind of government they’d prefer to have and are transforming their communities.

Trying to define the peer to peer movement in many ways is a pointless exercise. Every time we think we’ve got a handle on what this movement can do, it surprises us by coming up with something even more amazing. That’s why it really is changing the world forever.

Unlike other movements, this is a good change. The goal is for everyone to benefit in some way without coercing people to join the movement. This creates an environment which is warm and welcoming and that can lead to even more innovation.

How far can the peer to peer movement go? We’ve highlighted some sections where we think the results will be amazing, but the reality here is that it is up to the crowd to see how far it can go.