What Is Our Vibrational Reality?

As we get older, our life experiences combined with the information we consume solidify our belief systems. We think we have a pretty good idea of how the game of life works, but do we really? What if we have it all wrong? What if there is an invisible realm that governs the way we experience this time-space reality that we are not taught in school (or anywhere else)? Most people will dismiss the idea of a reality they cannot see or touch, but there is scientific evidence of this invisible realm. Some researchers and scientists say there is a field of consciousness that makes up the underlying fabric of our world.

Over the last 100 years, experiments in quantum physics and human consciousness have indicated that there is indeed an unseen world that is both tiny yet vast, and vibratory in nature. In fact, it is becoming more obvious that our whole reality is based on vibration.

The famous German scientist and father of quantum physics, Max Planck called this quantum realm, the mind behind the matrix of all matter. Planck said this matrix is conscious and intelligent.

Nikola Tesla knew about this field. In fact, he claimed to be “only a receiver” and that he obtained all of his (brilliant) insights from the infinite intelligence that resides in this field.

Gregg Braden calls this quantum field, The Divine Matrix. He states that this Divine Matrix is the container our world is held in and it is governed by emotions and intentions. Braden presents a film made several years ago showing doctors remove a tumor in under 3 minutes using only their intentions. Bradon tells us that prayer is actually influential in this world but only when done from a state of gratitude. He says you must have the feeling of what you are asking is already done.

Many people also refer to this quantum field as the Law of Attraction. No matter what we call it, we know that it exists. But there is still so much that we do not understand about this hidden world. What’s even more amazing is our reality actually changes depending on the viewer observing it. The famous double-slit experiment clearly shows that at a quantum level, our reality acts differently when it is observed.

Our True Power Is Managing Our Emotions

So how does this invisible world affect our reality? Part of what separates human beings from just about all other life forms on this planet is the wide range of powerful emotions we experience. Our emotions, to a large degree, dictate our quality of life.

When someone is in love, they’re vibrating at a higher frequency which drastically affects their mental attitude. This state not only improves mental health but it also improves physical health.

When someone is depressed or angry they are vibrating at lower frequencies and experience a very different reality. This lower state diminishes health.

The world is the same for each person but how they experience reality is completely different.

These are obviously both extreme ends of the spectrum. The point is, our emotions and mental attitude can plunge us into the depths of hell or allow us to live a fruitful and wonderful life. Aside from the circumstances we encounter, to a large degree, the choice is ours. What if our thoughts and emotions actually influenced the circumstances in the reality we experience? There is scientific evidence showing that thoughts and intentions are tangible in this invisible realm.

Dr. Masaru Emoto was a Japanese scientist who performed a series of studies on thought, intent, and the effect they had on ordinary water. He exposed water to different phrases, intentions, and music. He then froze the water and examined under a microscope. The water that was exposed to words and intentions of love organized into beautifully symmetrical shapes. When he exposed water to words and intentions of hate the water molecules were disfigured and ugly. There have been several successful intention experiments that were able to purify polluted water using only intentions as well.

Water that was exposed to classical music also organized into beautiful symmetrical shapes while water exposed to heavy metal music was also disfigured. You will see some articles that try to discredit Dr. Emoto but this is an experiment that has been reproduced many times and can be done at home using water and rice. When cooked rice is exposed to phrases of hate the rice changes and gets very moldy. The rice exposed to love remains unchanged after many weeks. Many people have reproduced the rice experiment and personally witnessed the same results. So why is Dr. Emoto’s experiment so important? The human body is made up of 80% water.

We are In Charge Of Our Happiness – Don’t Let Others Steal It!

Whether you are rich, poor, old, or young, happiness is purely a mental state. How much daily effort do we really apply to manage our emotional state? Unfortunately, the corporate media, marketing agencies, and even governments of the world know how to play on our emotions and do so every day. We are constantly bombarded with news and inundated with information (mostly negative) that make it difficult to stay positive.

The corporate media are masters at manipulating public emotions and we have been under heavy attack from their programming all year. This programming is a potent form of psychological warfare. Their poisonous message of division and disempowerment is meant to divide us and keep us in a fearful state so we are easier to control. It’s only when we can withdraw from this programming and recognize it for what it is can we truly be happy and free. Freedom starts in our minds. And freedom is only the beginning of what our minds are capable of.

I’m convinced that we are powerful creators capable of so much more than we realize. I’m also convinced that much of the programming we consume is designed to dumb us down and create a victim mentality to keep us from realizing our true power. Mass media is truly the enemy of the people in so many ways. Our country spends far too much time allowing ourselves to be programmed by mass media. A study revealed that the average person will spend over 70,000 hours watching television alone in the course of their life. That is more than 8 years of programming.

We need to look at the information we consume like a diet for our minds. Garbage in, garbage out. We also need to make sure not to give our power away over situations or people so easily. That is easier said than done, but we need to be aware of this dynamic. It’s only through managing our emotions can we achieve true happiness, no matter what circumstances we find ourselves in.

The Power of Gratitude

Gratitude is a powerful tool that can almost always be used to achieve a positive mental attitude instantly. As the saying goes, an attitude of gratitude goes a long way. Gratitude can be used as an emotional reset mechanism and can make the difference between a good day or a bad one. There are very few people in America that do not have many things to be grateful for.

Who Is Esther Hicks & Abraham

Esther Hicks enters into a meditative state, which allows her to communicate with (a non-physical collective group) Abraham. Many of our readers may be turned off from that last statement alone. I know, it sounded far fetched when I first heard that too. But before you write her off as some kook, listen to her/their message first. Abrahams message appears to be backed up by quantum mechanics, only Esther explains is in a non-scientific way. In fact, Esther & Abrahams’s message is in perfect alignment with Gregg Braden’s scientific work.

Abrahams message is about empowerment through self-mastery of one’s own emotional state. If we cannot control our emotions, our emotions will control us – literally. Keeping a positive or even a stable mental attitude this year has been particularly challenging for the obvious reasons. Heaven knows we could all use some advice on managing emotions this year.

Esther Hicks’s message through Abraham states that the reality we experience is heavily influenced by our thoughts, feelings, and emotional state of being. Abraham tells us the world is a mirror reflecting back what we project. She says that we are creating our own reality and we attract situations in our life accordingly. This sounds a lot like what new theories in quantum physics are telling us. I realize that Abrahams’s information and where it comes from is not for everyone, but I do think that many can benefit from hearing them.

Abraham Hicks has evolved over the past 25 years but their fundamental message has never changed. Esther Hicks is still translating the words of Abraham for live audiences all over the country. Although she still does live public speaking tours, the internet has allowed many more people to hear her speak through Abraham. Her website and youtube channel provide a lot of material if you want to learn more about them.

This article is dedicated to our good friend Kay Kaye. 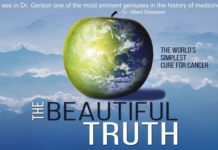 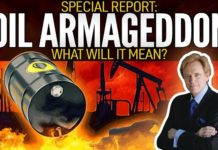 Mike Maloney on OIL ARMAGEDDON: What Will It Mean For You? 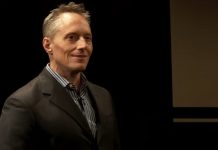 Brian Rose of London Real: What it Takes to Follow Your Passion