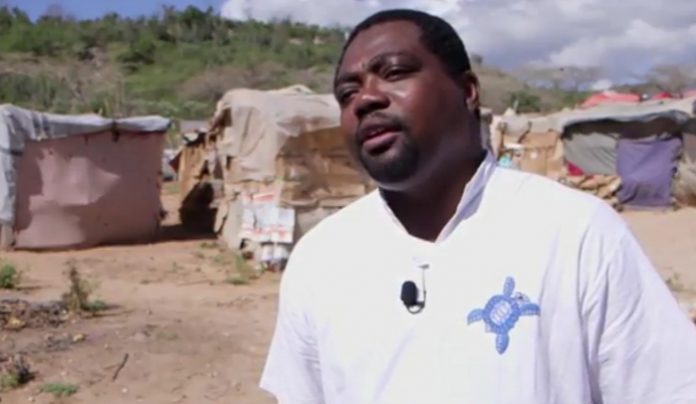 After the 2010 Haiti earthquake, which claimed tens of thousands of lives and displaced more than a million people, the country was added by the US government to the list of countries designated with Temporary Protected Status (TPS). Beneficiaries of this status are temporarily granted relief from being deported and given authorization for work until their designation expires. For Haiti, the designation was extended until January 22, 2016, where tens of thousands of qualifying Haitian refugees were allowed to live in the US. The population growth seen in 2011 and 2012 suggested that the earthquake prompted mass emigration from the devastated country.

Estimates show that the 2010 earthquake killed about 46,000 to 316,000 people and initially displaced 1.5 million refugees. In 2012, approximately 606,000 Haitians migrated and resided in the US, with 50% of them having become naturalized citizens. 10 % of the total Haitian refugees who arrived in the country before 2000 were from the earthquake.

According to a January 1, 2012 data from the Department of Homeland Security (DHS), 260,000 or about 2% of the 13.3 million lawful permanent residents (LPRs) living in the US were from Haiti, and 160,000 of them were eligible to become American citizens, but had not done so as of the said date. Also, most Haitian refugees who received the LPR status were immediate relatives of Haitian US citizens or sponsored by other relatives.

Of all the Haitians who received green cards in 2012, most of them were most likely migrate to the US as spouses, parents or minor children. On the other hand, virtually no Haitians were granted the LPR status via employment-based pathway or via a win in the Diversity Visa Lottery.

Haitian refugees were likely to live a poor life in the US, with incomes below 100% of the federal poverty level, similar to other immigrants from the Caribbean. The poverty share was a bit lower for the overall foreign-born residents, which comprise about 19% of the entire population.

As for educational and professional attainment, approximately 18% of Haitian immigrants in 2012 in the US with ages 25 and above had a bachelor’s degree or higher—a proportion that was nearly equivalent to the overall Caribbean immigrant population, but lower than the corresponding share for the total foreign-born population. During the same year, the share of population 5 years old and above who were Limited English Proficient (LEP) was higher for Haitian refugees compared with those who came from the Caribbean overall.

According to tabulation of data from the Census Bureau American Community Survey (ACS) for 2008-2012, the Haitian diaspora in the US comprised of an estimated 954,000 individuals who were either reporting Haitian ancestry or born in Haiti.

All in all, the Haitian refugee and immigrant population in the US is the fourth largest immigrant group coming from the Caribbean after those who came from Jamaica, the Dominican Republic and Cuba. Aside from the US, which has the vast majority of these people, refugees also migrated to Canada, France and the Bahamas.