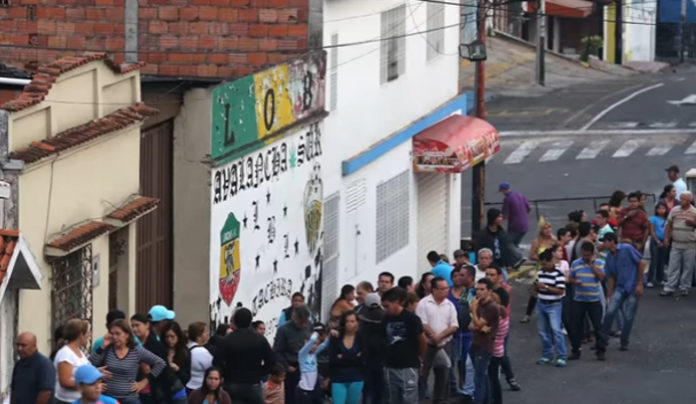 What has caused poverty to spike upward after years of financial progress? It can be summed up in just one word: oil.

Venezuela Created Infrastructures Based on the High Prices of Oil

Beginning in the year 2000, there was a marked increase in the price of crude oil. For about 15 years, the price increases were built into the global market, allowing oil-producing nations to see higher levels of revenue. In Venezuela, this meant an increase in public spending. Several public companies, social programs, and redistribution polices were implemented, which saw poverty decline to an estimated 30% by 2013.

Inequality within Venezuela also declined to 0.40, which was one of the lowest rates in the region according to data supplied by The World Bank.

When oil prices collapsed, Venezuela did not have the economic policies in place to handle the changes in income. Oil accounted for 96% of their exports, which meant an immediate end to their economic boom. No savings were made in the 15-year period of improve monetary gain either, which has led to the current state of inflation and poverty.

How Can Poverty Be Changed for the Better in Venezuela?

Venezuela needs financing in order to provide their population with access to basic needs. The only problem is that external financing is restricted and public deficits have been monetized. This had led to a collapse of the private sector and it will stay this way until external financing occurs or the nation can find new exports other than oil.

The only other solution is for the price of oil to return to its previously high rates.

There is no doubt that Venezuela faces some major challenges in the coming months and years. Their first goal must be to eliminate the economic imbalances that are leading to runaway inflation. Private sector confidence must return and then be reinforced by a diversified system of exports that do not rely solely on oil.

Otherwise the poverty rate of Venezuela will always be tied to the price of oil and that is an uncomfortable position for the nation – and the world – to have.