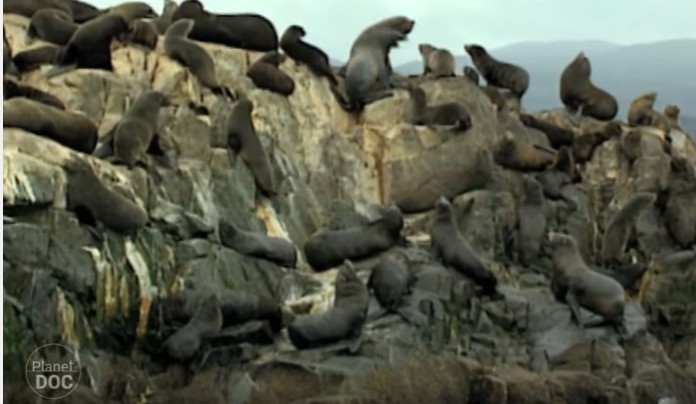 Have you ever heard of the Tasmanian genocide? Well, perhaps not all are aware of the history behind this tragic event that befell the so-called people of Tasmania. Basically, history has told that they were exterminated as they were declared open enemies by the British government in 1826. In order to know more about these people and the event referred to as the Tasmanian genocide, here are some statistics and facts that you should ponder upon.

Brief History of the Tasmanian Citizens

The Tasmanians were said to be citizens of a portion of land known then as Van Diemen’s Land. In practice, they didn’t know anything about agriculture, pottery, and even cared less about clothing. They were simply content about what they see around them just like the wild animals that they live with.

Their fate began when the so-called civilizers arrived in 1803 composed of the White race. The British Law, however, has issued full and equal protection of the Tasmanians. This was at least written on paper but not in actuality. So even if the government knew about the cruelties committed by the Whites against the people of Tasmania, which is now part of Australia, nothing has been done. In fact, the locals did not mind the killings committed by Whites as getting an agreement were sort of negotiable at some point.

Originally, Whites lived along the coastal areas but the hunting lands were still in the hands of the locals. In 1817, the Whites began to discover that these lands were excellent for sheep raising. So by 1819-1824, huge areas of these lands were said to be taken by the British government even in the absence of a payment or treaty.

As a result, the Tasmanians became increasingly violent around the year 1823. For this reason, the government then of the British colony has declared war against these natives and considered them open enemies. Thus, they have started the open season for killing these civilians at any cost.

Reasons Why Tasmanians Were Murdered by Whites

1. It was a way of getting revenge for the past killings against Whites. So every White that was killed during that time will cost the lives of 70 native Tasmanians.

2. It was a means of protecting the sheep and the land that was taken from the natives by Whites.

3. In order to take Tasmanian girls and women into forced sex or labor.

4. In order to have them for entertainment or a type of sport.

Therefore, after the mass extermination of Tasmanians, only a few hundred were left by 1829. The governor went to his senses and reformed the policy into Conciliation and Protection. However, it only meant capture and imprisonment. So, the remaining Tasmanians were rounded up by the government and sent the natives to prison camps. The so-called prison camps at that time featured some unhealthy treatment for the captured locals, which include rat infestation, high-salt diets, poor water supply, separation of parents from children, re-education in Christian living, and respiratory diseases.

By the 1830s, an Aborigines Committee was tasked by the British government in order to check on the hostile behavior of these natives. The result was mainly referred to as a result to the savagery and treachery of the Tasmanians, and not the robbery of their own land.

So by the 1850s, this so-called genocide was being written off because they want to tag it as natural and inevitable. This was what the later part of the 19th century would consider the Darwinian fate. By that time though, children of those girls and women who were stolen became mixed race Tasmanians.

In the late 19th century, these children began to claim their lands from the British government but instead were sent to Cape Barren Island. They started to live here until 1951 far from the reaches of the law. However, the government still took their children from them by the 1920s to 1970s in order to teach them the ways of the Whites.

In the 1990s, some of the lands were given back to them and apologies were made by the government in accordance to the atrocities. However, most historians living in Australia have not regarded this as genocide.

The survivor, Truganini, was recalled to be defiant to her abductors. Even at the face of death, she feared nothing and even cursed the people who have abused her and her family. But the captives continued to mock her and even ignored her dying wish.
Despite history that has told people about what happened to the Tasmanians in that particular era, there are strange facts that have been found by archeologists behind the history of these natives. Here are some of them.

1. They began wearing clothes at some point but abandoned them at some 4,000 years ago. Even when they were faced with cold and wet climate, they wore nothing but pieces of wallaby skin.

3. They also stopped the consumption of scale fish. After the Europeans arrived, they preferred swimming further into the ocean in order to gather shellfish and abalone.

4. They discontinued the practice of using fire in flushing out small animals as they encourage growing fresh plants.

5. They also have no tools for fire making but they kept on burning fire sticks. When one tribe will be out of fire, they will go and ask for some fire from another tribe.

These mind-boggling facts can be difficult to understand or believe without a real-life Tasmanian who can testify to their part in history. Nevertheless, the facts that the historians so painstakingly made effort to gather information with regards to the Tasmanian genocide can be difficult to ignore either. Perhaps it is up to you to decide which side to believe based on the statistics and facts that have been written in this article.