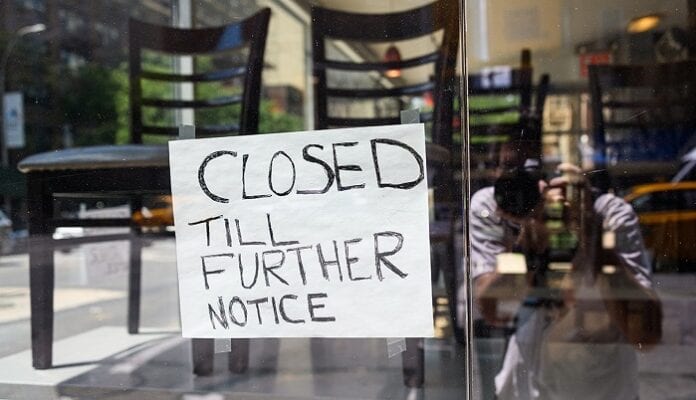 From the beginning of this COVID pandemic, US health policies have been led more by fear, hysteria, and disinformation than real data. Maybe we didn’t have much data early on, but now we do. Unfortunately, there is a larger fear-driven political agenda and narrative at play that continues to dominate the headlines. This narrative excludes any opposing viewpoints, data, or even rational thought in many cases.

The political agenda is clearly evidenced by our politician’s odd behavior. Why else would politicians and their faithful media be in favor of prosecuting people trying to open their business to regain their livelihood or arresting people in parks while ignoring tens of thousands of rioters in the streets destroying our cities? How are thousands of “peaceful protesters” in the street who are not social distancing in the middle of a pandemic, not a threat to public safety but some guy surfing in the ocean deemed a threat to public safety?

Early on, doctors came out and tried to discuss raw data from the frontline, but they were quickly censored. It’s ironic because the two doctors from California who were censored for warning against the lockdowns are being proven correct by the new data. More recently, many other doctors have spoken out about alternate treatments to COVID and they were censored too. What we are witnessing is nothing more than politicians not letting a “crisis go to waste.” From the start, this pandemic was sensationalized and politicized. There has also been a concerted effort to exaggerate the mortality statistics.

Hospitals were financially incentivized to diagnose as many Covid-19 cases as possible to make it appear there were many more cases. There were also many other ways the COVID death counts were manipulated in favor of keeping the fear-based agenda alive. Thousands of elderly people in nursing homes were needlessly sacrificed by governors forcing COVID-19 positive patients to be admitted. (Governor Andrew Cuomo is one such governor whose decision ended up being responsible for the death of thousands in nursing homes. Cuomo just kicked off his new book tour, which leaves little doubt he is trying to revise history and further his political career). Alternate methods of treatment for COVID like HCQ were broadly attacked and there were even fake studies published in a coordinated effort to keep mass vaccinations as the only option for us to return to a “new normal.”

Five months later we are still not fully open. Why? Are these democrat states purposely trying to crash the economy to punish small business owners and hide many years of their mismanagement of the state budgets? It is one thing to err on the side of caution but another to keep willfully ignoring the data. Local politicians have either become too drunk on their newfound power, too ignorant to hear any other viewpoints, or just following orders from a different playbook that has little to do with public health (or all of the above). Fortunately, new data and science is becoming too overwhelming to ignore, (but this has not stopped them up until now).

In the video below, Dr. Ron Paul discusses this new information and its implications on lockdowns.

Dr. Ron Paul: The whole narrative is falling apart. New studies every day are proving beyond a doubt that the measures taken worldwide – with a few exceptions – to “fight” what they claimed was a “new” coronavirus have not only failed to slow or stop the disease, they have been counterproductive.

It turns out that people develop lasting T-cell immunities, that patients have been successfully treated with T-cells from asymptomatic test-positive cases, and that the virus rarely spreads outside the family setting. What are the authoritarians going to do when it is no longer possible to keep this information hidden?

Here are some excerpts from the Zerohedge article cited:

Much of the talk about the coronavirus over the last couple of months has been about antibodies.

They are looked at as part of the key to unlocking questions about immunity to the virus. Specifically, researchers have looked at how vaccines induce antibody responses and how long antibody protections last after someone has had the virus. In the answers to those questions lies the answer to another: how and when will we achieve herd immunity?

There had been worries about coronavirus antibodies over the past few months, as several studies showed they may only last several months. This had led to a litany of questions about how often one would require a vaccination and whether or not we would ever become immune to the “novel” virus.

But on Friday, a new study highlighted by Business Insider shifted focus away from antibodies and onto memory T cells – the cells that identify and destroy infected cells and inform B cells how to craft antibodies.

The study, published in Cell, now suggests that everyone who gets COVID-19 develops T cells that may offer long term immunity by hunting down the coronavirus at later dates. “Memory T cells will likely prove critical for long-term immune protection against COVID-19,” the study says.

The study looked at blood from 206 people in Sweden who had been exposed to COVID-19 in varying degrees of severity. Regardless of a person’s exposure, they developed a “robust” T cell response, according to the study. And even those who tested negative to antibodies developed memory T cells, the study found.

Even Dr. Anthony Fauci even called T cell studies like this one “good news” for fighting the virus. “People who don’t seem to have high titers of antibodies, but who are infected or have been infected, have good T-cell responses,” he said during a Facebook interview last Thursday.

Similarly, a study performed in July found that in 36 COVID-19 patients who recovered, all produced memory T cells that “recognize and are specifically engineered to fight the new coronavirus.” A third study, published in Nature, found that out of 18 people studied, more than 80% developed these T cells.

These previous studies also found that many people who never had COVID-19 seem to have memory T cells that can recognize the new virus. This, of course, would mean that the virus isn’t a “novel” as we once thought. In the July study, more than half of people already had the T cells and in the Nature study, more than one third already had the T cells.

Another study published earlier in August showed that 25 people who never had COVID-19 had memory T cells that could recognize it. In other words, they had some form of pre-existing immunity.

The lifespan of such T cells can be immense. For example, in the July study, T cells in blood samples from 23 people who survived SARS were still there 17 years later. The same T cells “could recognize the new coronavirus”.

Alessandro Sette, a coauthor of that study, said: “This could help explain why some people show milder symptoms of disease while others get severely sick.”

“You’re starting with a little bit of an advantage — a head start in the arms race between the virus that wants to reproduce and the immune system wanting to eliminate it,” he concluded.

We wonder if this could be part of the reason why Covid-19 numbers in the U.S. are starting to roll over, as we noted yesterday.

Back on July 14 when a wave of new Covid cases was sweeping the sunbelt states, prompting many to speculate if a new round of shutdowns was imminent, we took the other side of the argument and said that the pandemic peak had hit, and that in Arizona – an early recent outbreak state, “the worst was over for the COVID breakout.”

Here is the Full Article: