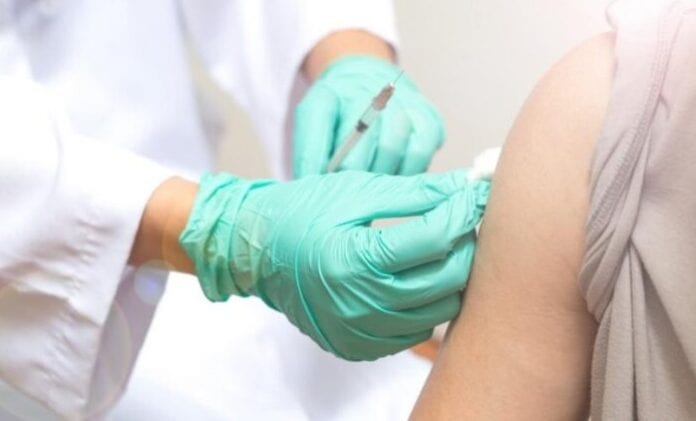 There’s been a lot of talk lately about whether or not the fast-tracked COVID-19 vaccine will in fact be safe and effective. While vaccine makers insist that any vaccine reaching the market will have undergone rigorous testing, the way trial protocols are designed suggests these vaccines may leave a lot to be desired.

As reported1 by Forbes contributor William Haseltine, a former professor at Harvard Medical School and Harvard School of Public Health, while Moderna, Pfizer, AstraZeneca and Johnson & Johnson have all published their vaccine trial protocols in a rare display of transparency, “close inspection of the protocols raises surprising concerns.”

In a nutshell, the trial designs are such that the vaccines will get a passing grade even if their efficacy is minimal. Of course, we must also consider vaccine side effects and I’ve also written several articles about mounting safety concerns.

As noted by Haseltine, prevention of infection would typically be a critical endpoint of any vaccine trial. In other words, you want to ensure that when you take the vaccine, your risk of infection is significantly reduced.

“We all expect an effective vaccine to prevent serious illness if infected. Three of the vaccine protocols—Moderna, Pfizer, and AstraZeneca—do not require that their vaccine prevent serious disease only that they prevent moderate symptoms which may be as mild as cough, or headache,” Haseltine writes,2 adding:

The pharmaceutical companies intend to do trials ranging from 30,000 to 60,000 participants. This scale of study would be sufficient for testing vaccine efficacy.

The first surprise found upon a closer reading of the protocols reveals that each study intends to complete interim and primary analyses that at most include 164 participants. These companies likely intend to apply for an emergency use authorization (EUA) from the Food and Drug Administration (FDA) with just their limited preliminary results.

To get a “passing” grade in the limited interim analysis, a vaccine must show a 70 percent efficacy. However, again, this does not mean it will prevent infection in seven of 10 people. As explained by Haseltine:3

For Moderna, the initial interim analysis will be based on the results of infection of only 53 people. The judgment reached in interim analysis is dependent upon the difference in the number of people with symptoms … in the vaccinated group versus the unvaccinated group. Moderna’s success margin is for 13 or less of those 53 to develop symptoms compared to 40 or more in their control group.

The other vaccine makers are basing results on a similar protocol, where only a limited number of vaccinated participants are exposed to the virus to evaluate the extent of their symptoms.

Johnson & Johnson’s interim analysis will include results from 77 vaccine recipients who have been infected with SARS-CoV-2, and if fewer than 18 of them develop symptoms of COVID-19, compared to 59 in the control group, the vaccine will be considered successful.

In AstraZeneca’s case, the interim analysis includes 50 vaccine recipients. The vaccine will be a success if 12 or fewer develop symptoms after exposure to SARS-CoV-2, compared to 19 in the 25-person control group.

Pfizer’s interim analysis is the smallest of the bunch, with just 32 vaccine recipients. Their success margin is seven or fewer vaccine recipients developing symptoms, compared to 25 in the control group. In the primary analysis, efficacy is set to about 60 percent, and at most, 164 volunteers will be included in that analysis.

Especially concerning are that those receiving the vaccine in these trials are young and healthy individuals who are not really at high risk of dying from COVID-19. This makes the results of these trials highly questionable in the far more vulnerable population of the elderly.

As if that’s not eyebrow-raising enough, the minimum qualification for a “case of COVID-19” amounts to just one positive PCR test and one or two mild symptoms, such as headache, fever, cough or mild nausea. As noted by Haseltine, “This is far from adequate.”

All they’re doing is testing to see if this COVID-19 vaccine will minimize common cold symptoms. They are not actually ensuring the vaccine will prevent serious COVID-19 complications. Johnson & Johnson’s trial is the only one that requires at least five severe COVID-19 cases to be included in the interim analysis.

“One of the more immediate questions a trial needs to answer is whether a vaccine prevents infection. If someone takes this vaccine, are they far less likely to become infected with the virus? These trials all clearly focus on eliminating symptoms of COVID-19, and not infections themselves. Asymptomatic infection is listed as a secondary objective in these trials when they should be of critical importance. It appears that all the pharmaceutical companies assume that the vaccine will never prevent infection. Their criteria for approval is the difference in symptoms between an infected control group and an infected vaccine group. They do not measure the difference between infection and noninfection as a primary motivation,” Haseltine writes.4

Severe illness and death are also secondary objectives in these trials, and none of them include failure to prevent hospitalization or death as an important barrier to success. The increasingly disappearing common sense tells us that if the vaccine cannot reduce infection, hospitalization or death, then it cannot end the pandemic, which means everyone who takes the vaccine will be doing so in vain.

Some COVID-19 Vaccine Trials Are Not Using Inert Placebos

In addition to all of that, some COVID-19 vaccine trials are using other vaccines as “placebo” rather than truly biologically inert substances such as saline, which effectively makes if far easier to hide any vaccine side effects. While Moderna is using a saline solution placebo,5 AstraZeneca is using injected meningococcal vaccine rather than a true placebo.6

Another way AstraZeneca is masking potential side effects is by administering the vaccine along with certain drugs. In one of its study arms, subjects are given acetaminophen every six hours for the first 24 hours after inoculation. The pain and fever reducer could potentially mask and downplay side effects such as pain, fever, headache or general malaise.

In addition to masking side effects, it is widely recognized among literate natural medicine physicians that using acetaminophen during acute viral infections is not a wise strategy as it impairs the immune response to fight the infection.

As reported by Wired:7

The press release for … results from the Oxford vaccine trials described an increased frequency of ‘minor side effects’ among participants. A look at the actual paper, though, reveals this to be a marketing spin …

Yes, mild reactions were far more common than worse ones. But moderate or severe harms—defined as being bad enough to interfere with daily life or needing medical care—were common too.

Around one-third of people vaccinated with the COVID-19 vaccine without acetaminophen experienced moderate or severe chills, fatigue, headache, malaise, and/or feverishness.

Close to 10 percent had a fever of at least 100.4 degrees, and just over one-fourth developed moderate or severe muscle aches. That’s a lot, in a young and healthy group of people—and the acetaminophen didn’t help much for most of those problems.

On Sept. 6, 2020, AstraZeneca paused its Phase 3 vaccine trial due to a “suspected serious and unexpected adverse reaction” in a British participant.8 9 The company did not initially divulge the nature of the adverse reaction, but it has since been revealed the volunteer developed severe inflammation of the spinal cord, known as transverse myelitis.10 11

On Sept. 12, 2020, the British Medicines Health Regulatory Authority gave AstraZeneca the go-ahead to resume its Phase 3 trial in the U.K., after an independent review found it “safe to do so.”12 13 According to an AstraZeneca spokesperson, the incident was a case of undiagnosed multiple sclerosis.14>

Days later, on Sept. 19, 2020, The New York Times reported15 a second case of transverse myelitis had occurred in the AstraZeneca trial. According to one expert consulted by the NYT, the occurrence represented a “dangerous pattern,” and that a third incidence might shut down the vaccine trial indefinitely.

AstraZeneca, however, claims the two cases are “unlikely to be associated with the vaccine,” and that there’s “insufficient evidence to say for certain that the illnesses were or were not related to the vaccine.”16 On Oct. 21, 2020, it was reported17 that one of the volunteers in AstraZeneca’s Brazilian trial had died from COVID-19 complications, but that the trial would continue anyway.

On Oct. 12, 2020, Johnson & Johnson halted its trial due to “unexplained illness” in one of its participants.18 19 Like AstraZeneca, Johnson & Johnson has kept mum about the details of the illness, saying “it’s important to have all the facts before we share additional information.”

Side Effects Are Commonplace

The fact that more trials have not been halted is surprising considering the rate of side effects20 occurring in perfectly healthy volunteers. As reported in “Gates Tries to Justify Side Effects of Fast-Tracked Vaccine,” after the first of two doses of the Moderna COVID-19 vaccine, 80 percent of Phase 1 participants receiving the 100 microgram (mcg) dose developed systemic side effects.21

Despite that, the 100-mcg dose was ultimately chosen to move on to Phase 3 trials.22 In the highest dosage group, which received 250 mcg, 100 percent of participants suffered side effects after both the first and second doses.23 Three of the 14 participants (21 percent) in the 250-mcg group suffered “one or more severe events.”

A Moderna trial participant told CNBC he had a low-grade fever and felt “under the weather” for several days after his first shot. Eight hours after his second shot he was “bed-bound with a fever of over 101, shakes, chills, a pounding headache and shortness of breath. He said the pain in his arm, where he received the shot, felt like a ‘goose egg on my shoulder.’ He hardly slept that night, recording that his temperature was higher than 100 degrees for five hours.”25

Two others reported similar side effects, and a third warned you would need to take a day off after the second shot. CNBC also noted that “as companies progressed through clinical trials, several vaccine makers abandoned their highest doses following reports of more severe reactions.”

Note: This commentary provides referenced information and perspective on a topic related to vaccine science, policy, law or ethics being discussed in public forums and by U.S. lawmakers.  The websites of the U.S. Department of Health and Human Services (DHHS) provide information and perspective of federal agencies responsible for vaccine research, development, regulation and policymaking.

The original source of this article is The Vaccine Reaction