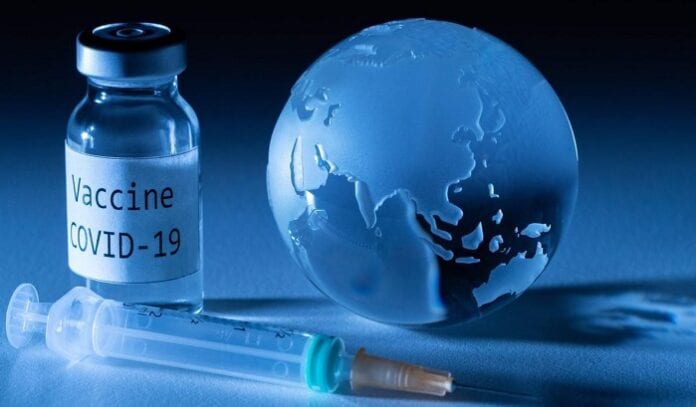 Since the beginning of this year, the Covid-19 pandemic has been sensationalized, politicized, and weaponized. A powerful fear-based narrative has been heavily promoted all year long, even as the virus wanes in potency. Hospitals were financially incentivized and physicians pressured to list as many COVID cases as possible, even if it was not the actual cause of death. Why? Why would public health officials manipulate COVID-19 statistical data to make this virus seem worse than it is?

I’m not trying to infer that COVID is not a real health crisis, I’m just trying to put it into the proper perspective. What’s become crystal clear and blatantly obvious over the last 6+ months is that this virus has been blown way out of proportion and is now being used for political objectives and commercial gains.

The corporate media and public health officials’ projections for this pandemic (and much of their information) turned out to be extremely inaccurate. In many cases outright wrong. If anybody dared to question the official narrative (Including board-certified doctors on the frontlines with degrees in immunology) or mentioned effective alternatives to vaccines successfully being used, they were viciously attacked and censored. In the end, many if not most of the dissenting doctors turned out to be correct.

Local governments declared emergency powers and shut down entire economies which created a whole new set of challenges, many of which turned out to be far worse than the actual virus itself. We were told that these shutdowns were temporary and would last a few weeks.

The reason we were given for these lockdowns was to flatten the curve and ease pressure on hospitals. These reasons have morphed over time. Local officials categorized businesses into essential or non-essential, and the reasoning made no sense at all.

Law-abiding citizens who went to parks or the beach were deemed criminals and arrested. Even surfers out in the open ocean with nobody near them were arrested. Wearing masks were made mandatory in many states, even when there was evidence found in over a dozen published medical studies that showed they were not effective at all.

There were many other inconsistencies in this covid narrative. We were told to “shelter in place” and “social distance” and if you do not you are being selfish and putting others at risk. If you were a member of Antifa or Black Lives Matter, however, and felt the need to destroy our cities in protest, that was different.

Protesting in large numbers somehow didn’t put people at risk and was not selfish. In fact, it was encouraged by many in the media and excused by opportunistic or radical politicians, and even sponsored by corporations.

It’s become obvious to anyone paying attention that this COVID-19 narrative is simply NOT TRUE! At least not the official version we are being told. We know this by watching the same people who have enacted these draconian lockdowns break their own rules. So they are clearly not afraid of this virus but they want everyone else to be fearful so they can push their agenda.

So what does this have to do with vaccines? The truth is, the COVID narrative has morphed into a social engineering tool that has been weaponized to create division and distract us while our liberties are systematically being removed.

Now this dubious narrative is being used to remove our health freedom or sovereignty over our own body. If we are not free to decide what goes into our own bodies, we are no longer free people! At this point, the government’s reaction to this virus is far more dangerous than the virus itself. We need to take a breath, put things into perspective, and ask ourselves…

Why Would We Ever Force Mass Vaccinations for a Virus With a 99% Recovery Rate for Most Of The Population!?

If people want to take this new vaccine, that is fine. To make this mandatory and force it upon people who do not wish to take it is absolutely unacceptable! COVID-19 does not pose the type of public health risk to ever justify forcefully vaccinating the entire population of the world with an experimental vaccine. Some will argue that it is not being forced but when people’s rights are removed for refusing this vaccine, what’s the difference? They are punishing people for being skeptical of a fast-tracked experimental vaccine. This new line of vaccines is not like any other in the past.

A New Type of Vaccine (and not in a good way)

What’s most troubling about this proposed mass vaccination campaign is that the new vaccines under development are like no other that has come before it. The Moderna vaccine uses genetically modified RNA and nanotechnology created by the US military agency, DARPA (The Defense Advanced Research Projects Agency). In the video above, Dr. Carrie Madej goes into detail about the proposed Moderna vaccine and why it is so different than previous vaccines in the past. Many are calling this new vaccine, The Vaccine From Hell.”

This vaccine is fast-tracked, which means limited safety & efficacy trials, which also means, we are the test subjects. In preliminary trials, one of the new Covid vaccine being proposed has shown extremely high rates of adverse side effects (between 80%-100% of the test subjects had adverse side effects, depending on the dosage) and it is difficult to imagine this will be fixed in a few months or even years. We have been working on the influenza vaccine for many decades and it is still one of the most ineffective and dangerous vaccines being used.

Vaccines are not without their own side effects either, many of which can be far worse than a virus with a 99.9% recovery rate. If you do not wish to be forced to take this experimental vaccine and become human guinea pigs, we need to resist this absolutely absurd notion that we need to vaccinate the world for a virus with a 99.9% recovery rate!! Contact your local officials and tell them NO!

What could possibly motivate these doctors, nurses, scientists, and other health professionals to make such an impassioned plea? What do they have to gain by taking the time to educate the public on the hidden dangers of a new class of vaccines about to be inflicted upon the citizens of countries around the world?

They have NOTHING TO GAIN, and much to lose, including their careers, and possibly even their lives.

So why are they doing this? Why are these doctors and professionals being censored so much if the new COVID vaccines are in fact “safe and effective”? What is it that the media and the government are hiding that they don’t want the public to know?

They are doing this because they are doctors and scientists who actually understand the REAL science here, and who know the devastating potential consequences of those who choose to get this very toxic and dangerous vaccine, and they are trying to save as many people as possible from the carnage this vaccine is going to cause, which will include DEATH, brain injuries, life-long autoimmune disease, infertility, and more.

Please watch this video and their urgent pleas, and then share it with as many people as you can, because time is short!

Why Are So many People Choosing Not To Vaccinate?

In 2016 we published an extensive 12 part series that covers every aspect of the vaccine debate and why people are refusing them in increasing numbers. The series is every bit as relevant today as it was 5 years ago, perhaps even more so. Please share this article so we can get this censored information out.

Part 1: Why Are So Many People Choosing Not To Vaccinate?

Part 4: How The CDC, FDA, and WHO Lost the Trust of Vaccine Skeptics

Part 6: What Are The Real Risks of Not Vaccinating in the U.S.?

Part 7: Herd Immunity, Shedding and the Questionable Science Behind Vaccines

Part 10: Why Don’t We Hear The Whole Story About Vaccines?

Part 11: What Are Independent Experts Telling Us About Vaccines?

Please share this article and help get the word out. This information is being heavily censored! Most people are against forced vaccinations but are not aware of just how dangerous these vaccines can be or how close this is to become part of our “new normal” if we do not stand up against it. -STS