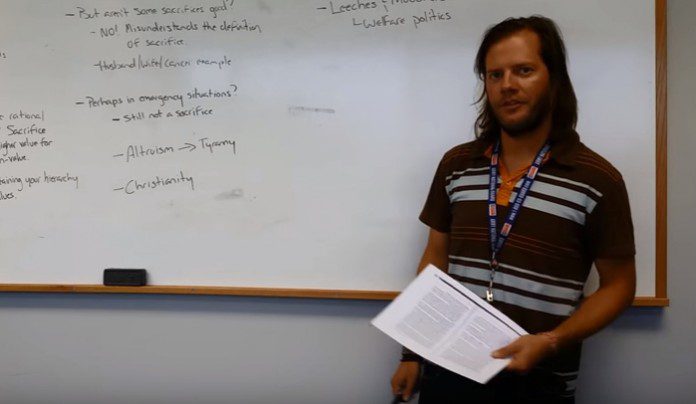 A person who practices ethical egoism believes that morality should be based entirely on self-interest, where every action that he takes should always be directed towards a way that improves his standing in life. Basically, if there is a focus on offering assistance to another person without a benefit to self-interest, then this philosophy would consider this act as immoral. While there are some definite pros to ethical egoism, there are also cons to it that cannot be ignored, so it is best to look at this philosophy in more detail.

1. It would help establish a greater sense of personal identity in a community.
By focusing on ethical egoism as a moral practice, an individual will be able to understand his identity in a more profound manner. Also, he will be able to concentrate on the differences in other people as a way to further his own self-interests. As what many people say, “What makes a person different is what makes him strong.”

2. It promotes a sustainable household.
This type of philosophy is also applied to a household where it is practiced, for the reason that a home is a reflection of a person’s self-identity. This also means that the needs of the household will also be met effectively before the other needs existing outside in the world.

3. It ensures your basic personal needs will always be met.
A person who practices ethical egoism, using its construct of morality, would often meet his basic needs over those of other people. While this does not guarantee a comfortable lifestyle, it would mean that the main focus would become shelter, clothing, food and water.

1. It has the capability to destroy relationships.
Having a relationship under ethical egoism would not be healthy for both sides. Can you imagine having a friend who only spends time with you after all of his needs are met first? This means you and your friend would spend time together doing something, but actually doing it without taking into account each other’s interests. Typically, such a relationship would not last long.

2. It would completely eliminate objectivity.
With this kind of philosophy, no one would truly care what other people think of them, as personal interests would be the driver of every decision and action. Though there are times when the care of others is emphasized in society, it would always be a last-resort decision, rather than a first.

3. It requires everyone to practice its philosophy.
Generally, people are not comfortable with the concept of always putting themselves first. In a burning house, for example, the moral choice using ethical egoism is to preserve yourself first, which is not always something that everyone likes to do.

Ethical egoism definitely has its moments, especially when self-interest is required to rule the day and be part of morality, but there are also some drawbacks that need to be weighed in. By assessing the pros and cons listed above, you will be able to decide whether this moral philosophy is best implemented in society, or not.