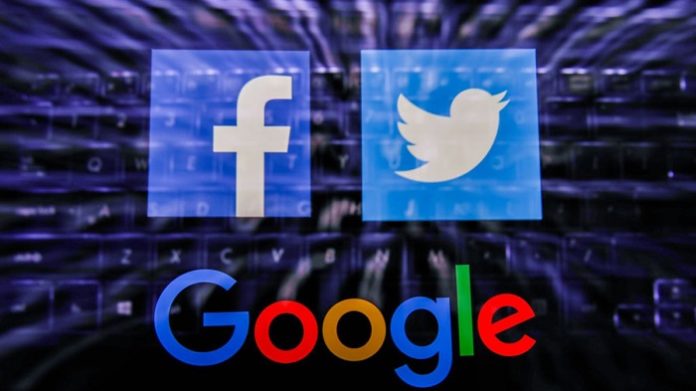 Leading up to the 2016 presidential election, Hillary Clinton was heavily favored to win. According to the corporate media, a Clinton presidency was virtually a foregone conclusion. For her supporters, it was more like a coronation because, in their minds, it was finally her turn to be the president. Even mentioning the idea of a President Trump drew laughter from every talking head and pundit on the air. Most of the polls predicted Clinton to win and despite her enjoying a clear advantage in favorable media coverage, she lost. Everybody was shocked.

Donald Trump, on the other hand, was down on every major poll, received mostly negative news coverage from a hostile media, and was an outsider despised by his own party. Despite these challenges, Donald Trump won the election convincingly. How did this happen? How did everyone get it so wrong? The election of Donald Trump was a clear indication that the Democrat Party and their loyal media had lost control of the official narrative. This was not something they were accustomed to.

How Did Donald Trump Win?

Donald Trump ran on a platform that put America first and vowed to drain the deep state swamp. This message resonated with many Americans. Trump was one of the first candidates to stand up to the media’s lies and false narratives. He fought back and branded them “fake news” and called them “the enemy of the people.” This tactic only increased the intensity of the negative news coverage he received, but he didn’t care. He had a direct line to the people.

Trump’s message was fundamental to his victory, but it was his ability to get the full context of his message heard that made the difference. The internet and social media played a significant role in his victory. The internet allowed President Trump to circumvent the powerful corporate propaganda and communicate directly with the American people. He did this through his many rallies too, but by using social media he could reach millions with a single tweet. Not only was his reach amplified, but the ability to share his message exponentially increased with social media. Trump had an army of followers on social media and many conservative and alternative news websites promoting him too. But that won’t be the case in the next election.

After Donald Trump won the election, leaked footage came out of an internal staff meeting at Google. The leaked video revealed that Google’s leadership was in shock and disbelief over the election results. One executive was even openly weeping. Google co-founders Sergey Brin and Larry Page were visibly depressed and openly lamenting the idea of President Trump’s victory in front of a large gathering of Google employees.

They went on and spoke about the “dangers” President Trump represented. After witnessing the profound disappointment by these executives, (who have gained control over much of the information Americans are allowed to see) is it possible that they may feel the need to put their thumb on the scale, so to speak during this election cycle? Not only is it possible, but it is exactly what they are doing. The full video of the entire Google meeting can be seen here.

Google is NOT Impartial

The co-founders of Google tell us that they are an unbiased platform but what type of message does a meeting like this send to the staff at Google? At the very least, this one-sided political corporate culture within Google presents a serious conflict of interest for a supposedly unbiased platform. When the leadership of a powerful company like Google brings politics into the workplace as they did in that meeting (and probably many other meetings), how can we possibly expect their personnel to be immune to this blatant and overt bias?

This is not a company that makes widgets where political ideology would not affect the end product. They deal with information and global communications that have a profound impact on our reality. Their product literally helps shape billions of their user’s belief systems. This is an industry where ideology makes a vast difference in their end product, perhaps the most. When we look at whistle-blower’s testimony, it becomes apparent that this bias is not limited to just the culture at Google but goes way beyond. Google is intentionally abusing their power to influence the next election. It’s not just Google and Youtube either, it’s all the major social media platforms.

Zach Vorhies is a former Google programmer who came out and exposed Google’s censorship practices to James O’Keefe from Project Veritas. Vorhies tells Project Veritas that Google is actively interfering in U.S. elections. Not only does he tell us how Google is using their considerable power to influence elections but he has the documents to prove it. In fact, Vorhies downloaded 950 pages of internal documents that describe Google censorship policies.

The image above was taken from a Google internal document obtained by Zach Vorhies. This is Googles Blacklisted sites. Every site listed in this document is conservative or libertarian in nature. Simply put, the one thing they all have in common is they all question the far-left or corporate media/establishment narrative. What comes up in the first-page search results is predominantly corporate media sources now. CNN is one of the main sources used by Google. Google has basically reproduced the scripted corporate media business model online. Now you can only see what Google wants you to see. Google still insists that they are not biased. This is proof they are outright lying.

Zach Vorhies is not the only whistle-blower from Google. Senior Google engineer Greg Coppola also corroborates Zach’s story on Google’s political bias. Coppola describes the bias and double standard at Google and how it is interfering in the election process. Coppola states that Google is clearly choosing sides and their algorithms are designed with the intent of suppressing information that challenges the official narrative.

What Is Googles Role in Our Society?

What exactly is Google’s mandate for keeping so much information from the American public? It’s not just political but any information that challenges the corporate narrative. Yes, Google is a private company, but it has monopolized the flow of information to the extent that they have to be considered a utility. How is it even fair to their users that they are unknowingly using a platform that censors so much information?

Just who is Google and what is their intent? Google may be a private business, but their policies are anti-American and certainly do not reflect the ideals our country was built on like freedom of speech. Did you know that Google was funded in part by taxpayer money through research grants from the CIA and NSA? Did you know that Google and the other major social platforms are used by intelligence agencies to mine data and spy on the American public? These are the same intelligence agencies that used “insurance policies” to try and overturn the 2016 election. Google is just another tool that the globalists use to control us.

Zach McElroy is a content moderator turned whistle-blower from Facebook. Just like Google, Facebook has the same far left or progressive culture. McElroy used a hidden camera to show how many of his co-workers have an extreme anti-Trump, and anti-conservative bias. It’s not just political bias but racial bias against white people too.

The co-workers confess on camera to deleting any posts that they come across that are favorable to the president. Ryan Hartwig is another Facebook whistle-blower who contacted Project Veritas and corroborated McElroy’s story. Judging from the whistle-blower’s testimony and undercover video, this bias seems to be a widespread practice deeply ingrained in Facebook’s corporate culture.

Tim Pool: Facebook Just BANNED A Major Trump Campaign Issue, Immigration, This Is MAJOR Election Interference. After pressure from far-left groups, Facebook announced that they will no longer allow certain ads to run. This means that a major campaign issue for Americans and Trump’s platform, Immigration, will not be able to be run as ads.

One of the most dangerous aspects of the far-lefts control over most of the media is that their ideology is not allowed to even be questioned. This makes censorship essential. Their progressive ideology is like a religion or cult and its members are indoctrinated into a powerful form of groupthink. This indoctrination is strictly enforced through conformity bias and many other tactics.

In 2017, a top Google scientist was fired for even questioning Google’s discriminatory practices. As we are seeing, far-left policies fail everywhere they are practiced yet they get a free pass from the corporate media and entertainment complex, academia, and most historians. The truth is, the only way they can retain support for these failed policies is to use propaganda and censorship.

When you control what people can and cannot see, to a large extent you can control their perception of reality. James Okeefe and his team at Project Veritas have proven time and again beyond a shadow of a doubt that just about every form of media that America consumes is completely biased towards the far-left agenda, which now includes every major social media platform too. Time and again the figureheads of these companies tell the world (and some under oath) that political bias does not affect their platforms. That is just not true and now we have empirical evidence of something we have known for a while.

For the last 3 years, the media have constantly promoted the Russian collusion narrative blaming some Facebook ads and Russian bots for the defeat of Hillary Clinton. Knowing all of the biases that exist within every major media company (who control just about all the information we consume) and the increasing censorship, we can only conclude that it will have a profound effect on our election process. How is this not dangerous to our democratic process? This is the most significant form of collusion in the democratic process we have ever witnessed!