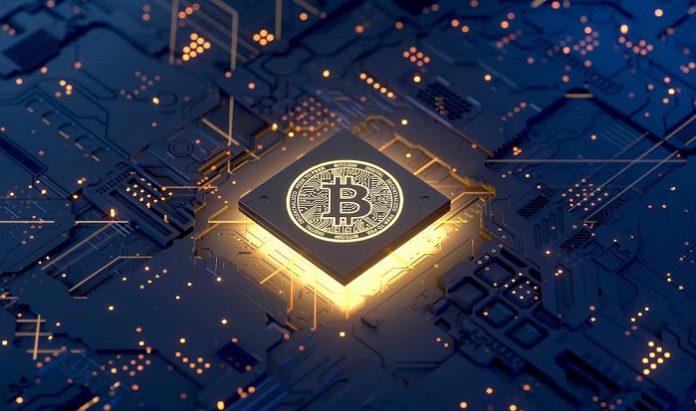 The subject of price manipulation in the financial markets is not discussed by traditional media but we know its happening. The President’s Working Group on Financial Markets or Plunge Protection Team is one of the more obvious ways markets are manipulated. Financial derivatives in and of themselves dilute real asset prices and essentially distort price discovery. Some more subtle price manipulations like spoofing, wash trading, or painting the tape are less obvious but they still happen too.

Gold and silver threaten the dollar so their prices need to be managed (suppressed) through proxy banks like JP Morgan using paper markets.

Decentralized cryptocurrencies like Bitcoin are a clear threat to all fiat dollars, so it shouldn’t come as a surprise if it’s being manipulated. It becomes much easier to make the case in favor of price manipulation when a senior official admits that the government introduced Bitcoin futures in order to allow big money short sellers to ‘pop’ the BTC bubble in 2017.

“One of the untold stories of the past few years is that the CFTC, the Treasury, the SEC and the (National Economic Council) director at the time, Gary Cohn, believed that the launch of bitcoin futures would have the impact of popping the bitcoin bubble. And it worked.”

There are a few issues to address in this situation, as the futures that were introduced didn’t connect to the actual BTC market, as they were and are 100% cash-settled. Leaving that to the side, there are some other questions that emerge surrounding the introduction of futures in order to drop the price of an asset.

Futures contracts were created so commodity producers could lock in a price for a commodity that would be delivered at a future date.

These futures contracts were, in essence, a transaction for a physical good in the future. While cash-settled contracts aren’t rare, it is strange that they would be able to drive down the price of a market that is totally removed from the fiat financial system.

For example, if a person or company uses futures contracts to buy crude oil, they can then take delivery of the oil that the contract represents. If the futures contract is cash-settled, then no oil would be on the table, and the actual physical oil market wouldn’t be affected by the settlement of the contract.

By stating that the BTC futures were successful in popping the bubble of 2017, Giancarlo is basically saying that the psychological impact of the new US futures market was substantial enough to spur actual selling of BTC in the BTC markets.

We Know Price Suppression Exists in Gold and Silver

The extensive research and evidence gathering are undertaken by the Gold Anti-Trust Action Committee (GATA) and Ted Butler shows that major global banks have worked to keep the price of precious metals down.

Given the scale of the operation, it is clear that the US government is at the very least aware of the price suppression program. The reason why these seemingly illegal actions would go unpunished is simple, lower metals prices suggest a more valuable US dollar.

Unlike gold and silver, cryptocurrencies can be used anywhere there is a smartphone or computer, and don’t require that the banking system approve transactions. It is fair to suggest that the US financial system would like for cryptocurrencies to be unpopular, especially if they can’t control the market outright. Unless of course, they’re the ones issuing the cryptocurrency, but that’s a whole other topic.

When Bitcoin was scraping against the $20,000 USD level, it probably was overbought.

Most people didn’t know much about cryptos at the time, and it wasn’t easy to use them in the normal markets. All of this has changed, and cryptocurrencies may pose a threat to the established financial system, especially in areas that are underbanked due to poverty.

As the situation in Venezuela has shown, people are more than willing to use cryptos when the local fiat system falls apart. If we see more problems emerge in the FED-led Western financial system, it would be fair to speculate that cryptocurrencies will be more commonly used.

We have already seen the government’s propensity to keep the price of gold and silver down using the derivative markets to prop up the dollar. It wouldn’t be such a stretch to imagine they found a way to do to the cryptocurrency markets.

The cryptocurrency market is still relatively tiny, and it doesn’t take much money to create huge swings. We have seen Bitcoin whales selling into a weak market at critical technical points. Are some of these whales a proxy for the U.S. Government? This form of suppression by proxy would be nothing new in the manipulation game. As we head into the next bull market cycle, will the U.S. Government attempt to cap the next parabolic run? Time will tell. 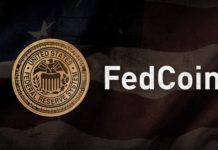 Fedcoin: A New Scheme for Tyranny and Poverty 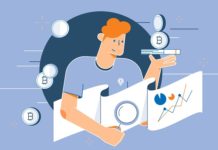 Practical ways to benefit from Bitcoin — Affiliate and Bitcoin Trading 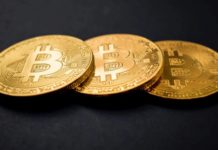