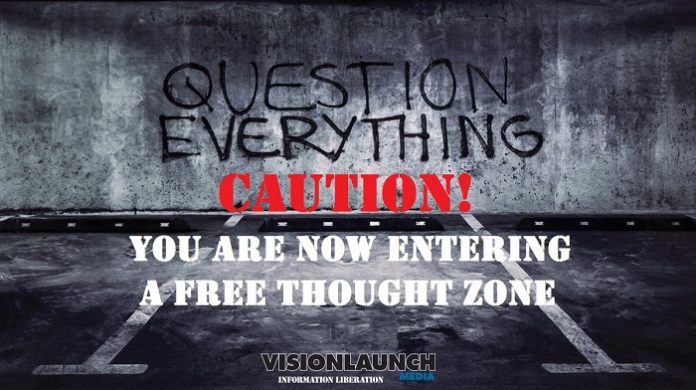 The War For Our Minds

We are inundated with information that is heavily influenced by competing forces pushing different narratives every second of every day. As we continue to move forward in this technological age, we have become plugged into the matrix more than any other time in our history.

This information overload is almost inescapable and has an enormous effect on our daily lives, public policy, our health, the type of government we elect, and most importantly, our individual freedoms. Navigating through this complicated web of information and disinformation has become challenging.

Most people are busy and do not have the time to dive down all the rabbit holes needed to find the truth on any given topic. They rely on the corporate media and popular opinion within their social circles to stay informed and guide their decisions. But the disinformation is subtle and extremely pervasive.

Many of the sources we thought we could trust have been corrupted by commercial or political interests long ago. The corporate media, academia, science, and government have been weaponized to shape our culture, belief systems, and manufacture consent on any number of issues. The social engineers have been redefining the boundaries of Overton Window for so many years, it’s difficult to determine what’s true anymore. 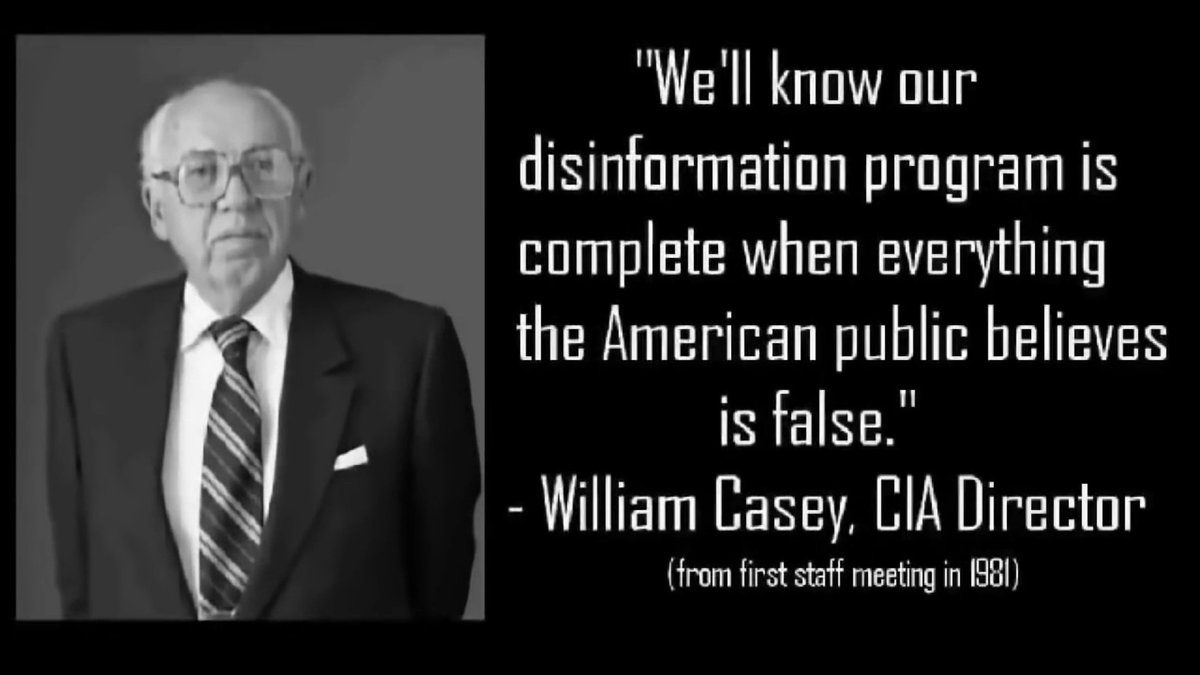 We often hear the phrase, do your own research. Nowadays, that’s easier said than done. Five or ten years ago we could circumvent the corporate media’s scripted propaganda and explore beyond the limits of acceptable mainstream topics using the internet. Back then, the internet was uncensored for the most part and fast becoming the world’s largest library.

Search engines were once amazing tools of exploration that expanded our collective consciousness. Search results would return a diverse spectrum of information from independent voices that sparked critical thought and forced us to reexamine our belief system.

Yes, the internet was the wild west where anything goes, but that is what made it so refreshingly different. We were able to hear new ideas rather than the sanitized information we were receiving up until that point. (Years ago, much of the information that was considered to be crazy or conspiracy theories are now self-evident facts of life).

Citizen journalists were reporting on so many important topics compiling credible information that was expanding our awareness on a multitude of subjects. The name Google transitioned from a company name to a verb synonymous with finding the truth.

Several years ago, Youtube searches returned scores of independent creators producing amazing content that could have never been seen on the tightly controlled television networks. Thought-provoking exposes and documentaries were collectively waking up a generation. It truly was an age of new discovery.

This has changed drastically over the last several years. Google and Youtube are now suppressing or outright censoring all independent thought and have essentially become political and social engineering tools for the corporatocracy.

Google is no longer a tool for searching for the truth. Google is fine for looking into trivial information, where to eat, or any non-controversial subjects, but topics that may be controversial in nature will result in officially sanctioned information. Big tech’s censorship has even gone beyond controversial subjects to include anything critical of the official narrative. Even The President of the United States and his family are being censored.

Board-certified, credible doctors on the frontline of the pandemic this year have been silenced. It’s not the first time credible doctors have been censored either, in fact, it’s becoming the norm. YouTube has done a massive purge this year of influential independent voices. Google’s meaning has now transitioned to, searching for the official narrative. In fact, just about every source that comes to the top of the results is a corporate media or officially sanctioned sources that promote a globalist narrative. Both sources have been proven to be extremely inaccurate. So now these technocratic billionaire big tech overlords have become the arbiters of the truth the world is allowed to see.

The Search For The Truth

There are certain fundamental truths like the sun shining in the morning and water being wet that are not in dispute. When it comes to more complex issues, however, the truth is far more elusive, especially the truth about events that are unfolding in real-time.

Finding the truth is particularly difficult when commercial interests and hidden agendas may be exposed or deemed obsolete in the process. For many reasons, information is often skewed or left out altogether to support a particular narrative or business interest.

When information is omitted from the discussion or censored, it only serves to reduce our understanding of the issue, which is the whole point of censorship. This is usually done so we are more easily steered towards a specific solution or public policy being advanced. It is only when we are able to see all available information on a topic can we make sound decisions, not just some information that a small group of people deems to be credible; otherwise, the larger picture is incomplete.

New data, analysis, dialogue, and debate are essential to peel back the layers of a complicated issue to discover what we believe to be true. Even then, that will just be our perspective of the truth at that time. New information can and will change our understanding of what we previously thought to be true. Establishing the truth about issues that we do not fully understand is not a static idea, but one that is fluid and always changing. There are many “truths,” we thought to be correct twenty or thirty years ago that are now obsolete due to new information.

For years, smoking cigarettes was not considered to be harmful to our health or addictive. Doctors even promoted cigarettes. That was our collective truth during that period. Since then, new information has completely changed that “truth.” This changing “truth” happens more often than we think. One year, drinking coffee is good for us, and the next year a new study comes out saying the exact opposite. Much of this is not about the truth and just marketing. There are countless more examples of this.

We often hear the phrase “the science is settled” on a particular issue, but that’s not possible. Science, by nature, is always evolving with new information. So is our evolving perception of what we believe to be true. The point is, there is no one absolute truth on complicated issues, only our best understanding of what we believe to be “true” based on the available data at that particular point in time. To make matters even worse, the scientific community has been severely compromised. In many cases, what passes for science today is social engineering or merely marketing.

The internet is still the closest thing we have to information free from corporate influence but it’s far more difficult to find. There are still plenty of excellent news sources and citizen journalists but they are increasingly being censored. Google, YouTube, Facebook, Twitter, Amazon, Wikipedia, Reddit, et al, are no longer neutral platforms. They have an agenda that is not obvious to most people.

The most popular platforms are all being (or have been) sanitized of information critical towards the establishment narrative. “Fact-checkers” with a clear bias are flagging any information that questions the official narrative. This is one of the reasons we started Vision Launch Media. A free speech platform to promote information and independent voices that are being suppressed. 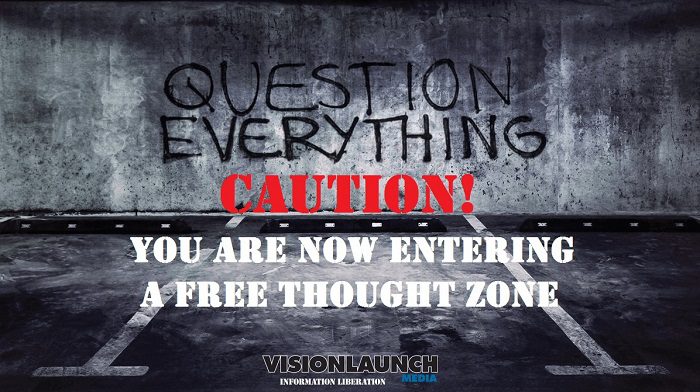 Our mission is driven by two core principles: 1) Search for the truth, no matter where it takes us. 2) Restore freedom in America.

We believe that people need to see all of the available information in order to make informed decisions, not just a few billionaire technocrats’ versions of the truth. We seek to help free people’s minds, not control them.

We are a global discovery platform for free speech and the censored truth movement. We want to make it easy to find information that is not being discussed in the mainstream, sort of like the other side of the story.

Our goal is to provoke critical thought to help neutralize the corporate media’s dominance over our culture & our nation’s collective consciousness. 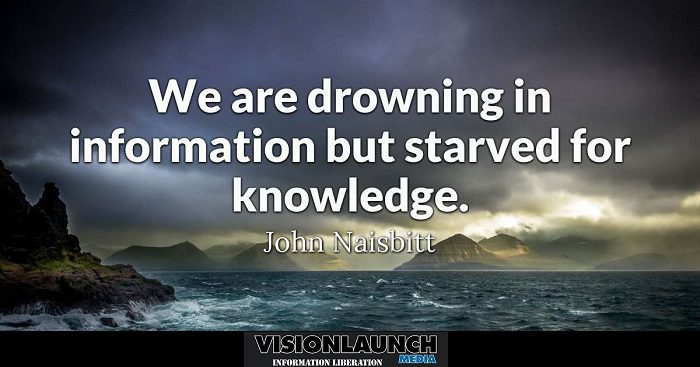