When it comes to raising capital for a company or business, there is a set number of ways that you can go about it. For the longest time, individuals sought backers willing to put money in for a possible profit down the road. The internet completely changed this dynamic with the introduction of crowdfunding. For the first time, individuals had the power to put in their own money towards kick starter projects.

The Worst: The Kobe Red Incident

One of the most well known failures of crowdfunding was the Kobe Red. Individuals in this kick starter company attempted to raise money for 100% Japanese Beer Fed Kobe Beef Jerky. Surprisingly enough, over $120,000 worth of funds were raised for this venture. What is even more shocking is that the original goal was merely $2,374. Before the kick starter was shut down (mere hours before it was over), red flags prompted people in charge of the website to begin investigating. Though Kobe Red was never found out to be a scam, it did raise enough red flags to stop the project, returning everyone’s money.

Additional worst crowd funding ventures include Mythic: The Story of Gods and Men, and Eyez,by Zion Eyes. Both projects made ambitious promises without having the necessary technical expertise to carry out their plans. The end result was failed kick starters.

During a time when the next generation of video game console’s offered less flexibility and limited settings, a group of entrepreneurs took it upon themselves to give gamers what they wanted. The Ouya video game console is just that. Allowing any developer to construct and build games for the console, Ouya represents a refreshing contrast to the established gaming consoles which can charge hundreds for the right to design games for the console. In addition, it offered may exciting things like a controlled with a touch pad. Where as Ouya originally tried to raise $950,000, they managed to raise a whopping 8.6 million dollars. In doing so, they proved that crowdfunding could be a way for people to create what they want, and not what some corporation is telling them is good.

Additional success stories include the Veronica Mars Movie Project, and the Pebble. Both set realistic goals and worked to provide people with what they wanted. 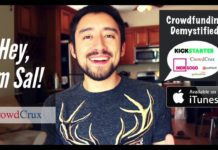 How to Crowdfund a Business 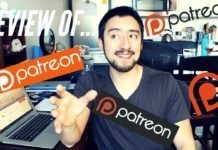 What is Patreon and How is it Different From Traditional Crowdfunding? 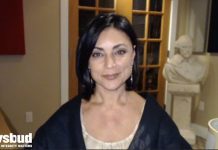 Newsbud: An Independent Media Outlet Funded 100% by the People